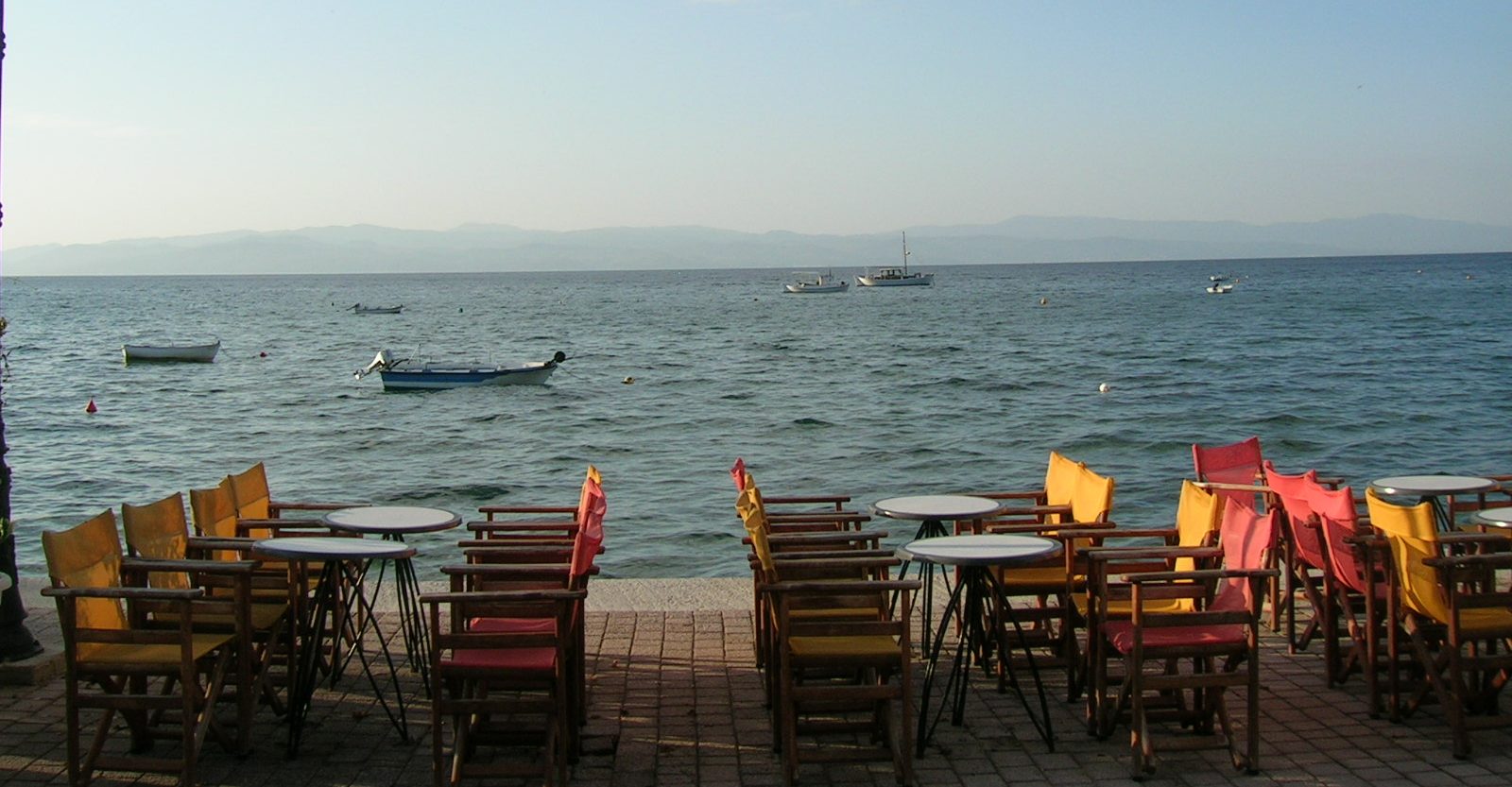 The flight to Ban Loeng was in a small, Russian-made twin prop plane.

It took me across Eastern Cambodia. I was expecting to see some wild country. Instead, what I saw was a scene of destruction: a barren, arid landscape, devoid of life.

Here and there I saw the remains of forests, trees dead and lying on the ground like corpses on a battlefield. In other places I saw fires and plumes of smoke rising into the air. The illegal logging industry, run by Chinese criminals, had removed thousands of square kilometres of forests. No doubt the corrupt government in Phnom Pen (headed by Hun Sen, a former member of the Khmer Rouge turned ‘democrat’), had been paid-off.

So I should have expected it I suppose, but it took me by surprise alright – the dust, I mean.

It was March, and there were still a few months to go before the monsoon. It was hot and the soil, once held together by trees and plants, was a fine powder: a dark, red, powder.

The small plane skidded to a halt on an unsealed airstrip, leaving behind it a long thick plume of red dust. Initially, I was amused by the sight of that long plume of dust settling back on to the runway.

Within a short space of time, my amusement turned to horror.

Several main roads intersected in Ban Loeng. None of them were sealed. And none of the roads in Ban Loeng itself were sealed either. Anything which moved along these roads, be it a Honda or a truck, a car or a four- wheel drive, a person or an ox or a dog, stirred up a thick, billowing, cloud of red dust. And everything in Ban Loeng was covered in this red dust: the shops and houses, the signs, the electricity posts and wires, the trees – even the public billboard featuring a large hand painted image of Cambodia’s national symbol, Norodom Sihanouk and his wife, Monique.

From the second story of my hotel I looked out over the town and saw a mass of corrugated iron roofs – dark red, not from rust, but instead, dust.

The whole town covered with a thick layer of red.

The hot dry air was sometimes so thick with dust that visibility extended no more than a hundred meters or so.

Did the people who live here, I wondered, get used to the dust and after a while, no longer see it?

My introduction to town life was memorable.

I went to a large, busy restaurant.

It was a big wide place with a low ceiling and lots of wooden support posts. On the support posts were the trophy heads of wild animals killed in times gone by when there were still jungles around: deer like creatures with horns and bulging eyes.

There were heavy wooden tables and at each of them sat a big group of locals.

Many of the people in Ratnakiri province were not Cambodians or ‘Khmers’ as they were known, but instead belonged to one or another local tribe including the Loeng. But this wasn’t obvious because they had given up wearing their tribal clothing and ‘modernised’. The benefits of modernisation weren’t apparent. From different areas of the ceiling were suspended T.V.’s – five in all. People sat in front of the TV showing the programme they wanted to watch.

The noise was almost deafening.

I plonked myself down in the area where there was a large group of people gathered around the TV which showed a Thai soap. I tuned in. Two young women, who I presume were arguing over a man, started abusing each other. They must have been the worst actors I ever saw; they could have learnt something from the American wrestling. Their faces remained impassive, like masks of stone. There was not the slightest trace of emotion. Only from the looks on the faces of the people watching the TV was it possible to see that this was a tense scene: people sat there at their tables, mesmerised.

On the way back to my hotel I passed a large group of unemployed young men playing billiards under a roof supported by posts and open on all sides. Billiards was very popular. The felt on the tables was red with dust and the balls didn’t click, they fizzed. Everywhere I went, everywhere I looked, I saw people and shops and stalls – everything and anything – covered in a thick layer of red.

Breathing dust all day every day could not have been very good for the health. It wasn’t coincidental that there was a surfeit of pharmacies – and also, shops selling strong drink. Cough medicines and permanent inebriation was probably a good way to get by.

Even a short walk outside my hotel was enough to see me covered from head to foot in dust and the dust, as I discovered, was hard to get rid of. There was a whole ritual involved with leaving and departing my hotel room. I’d come back from a trip outside covered from head to foot in red, slip into the bathroom – thankfully next to the door – take off my ‘dust clothes’ and place them in a corner, take a shower – and then put on my clean ‘room clothes’. Any kind of excursion outside, never mind how small, necessitated putting on my ‘dust’ clothes and on returning, going through the process of ‘de-dusting’.

Six kilometres outside Ban Loeng was the national park.

My plan was to spend some time in the jungle and get a feeling of what life had been like for the members of the Khmer Rouge – and of course, the Loeng.

I went out there on the back of a Honda Motor bike. The road was busy and the dust was so thick it was like smoke. I was amazed that my driver could see his way. At an intersection we came to, there was a big statue of two tribal people, the woman with a wicker basket on her back and the man with a cross-bow in his hands. I don’t need to mention that they were red coloured.

Inside the park there was jungle and a volcanic lake and near the lake, a hill tribe museum and some examples of hill tribe houses on stilts. You could arrange to visit a village. Somehow, I didn’t have much interest in that. It seemed pretty contrived; something akin to the hill tribe tours in the north of Thailand. I had nothing against it. I mean if these survivors of the original indigenous peoples could make a living from tourism, then it was a good thing; anything was better than ending up in Ban Loeng breathing dust, drinking, and falling under the spell of the TV.

How were they to live their ‘traditional way of life’ now other than dressing in traditional clothing, living in huts and smiling for the tourists?

I was content to wander around the lake and find a spot in the surrounding undergrowth and sit and read (a book about the life of Norodom Sihanouk) and luxuriate in being in a dust free environment.
All around me were trees and creepers and thickets of bamboo.

The water in the lake was clear.

I could see fish.

On the flight back to Phnom Pen, I didn’t even bother looking out the window. I was glad to be away from the dust.

My thoughts in any case were elsewhere.

I’d gone in search of an idea, an image and in the process, ignored reality.

Did I really think that after 30 years, the jungles would still be there?

My trip to Ban Loeng had been a dead-end, a failure, a necessary one probably. I realised I had to go back to square one. Shorn of my illusions, I returned to Phnom Pen to admire the architecture of Van Molyvann’s apartment blocks – and ponder the story of the rise and fall of a once unique and beautiful city. 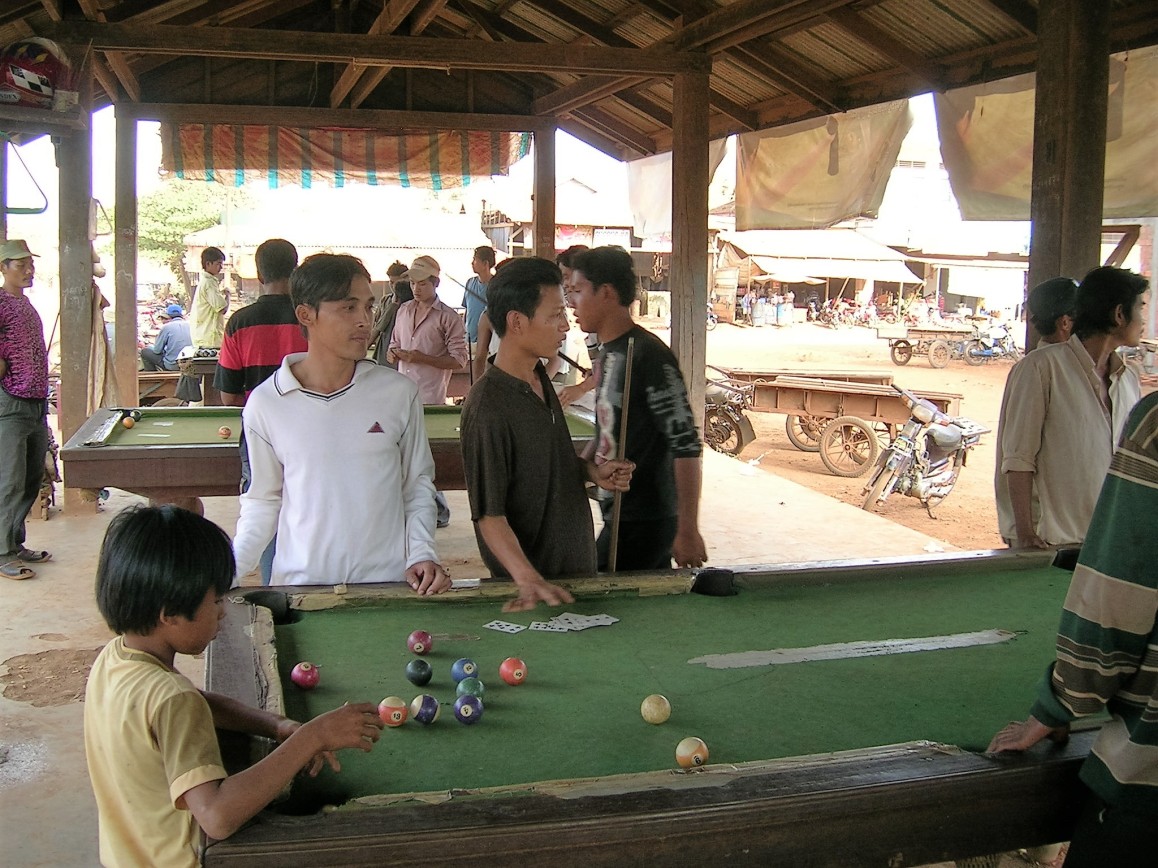 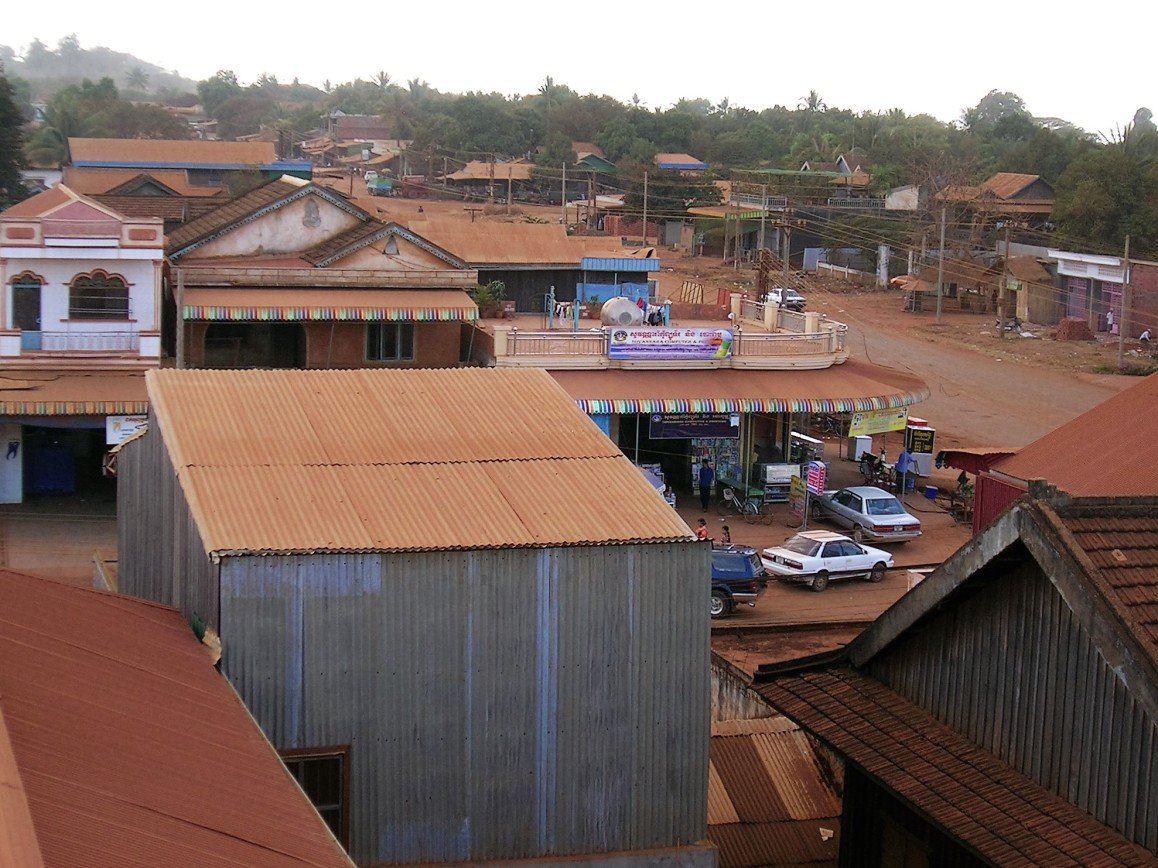 One thought on “The Jungles – Part 2”