One day in 1957, the father of my partner Anya, dressed in a suit and tie, waved goodbye to his wife and his kids and got on the local bus and went to a railway station and took the train to Rotterdam. Leaving his family behind in a small village in the north of The Netherlands was the last thing he wanted to do.

Like immigrants all over the world, he went looking for better life for his family. There was no work in the village.

Two old photographs of the village where Anya’s father grew up in and later, after the war, lived with his wife before immigrating to Rotterdam: 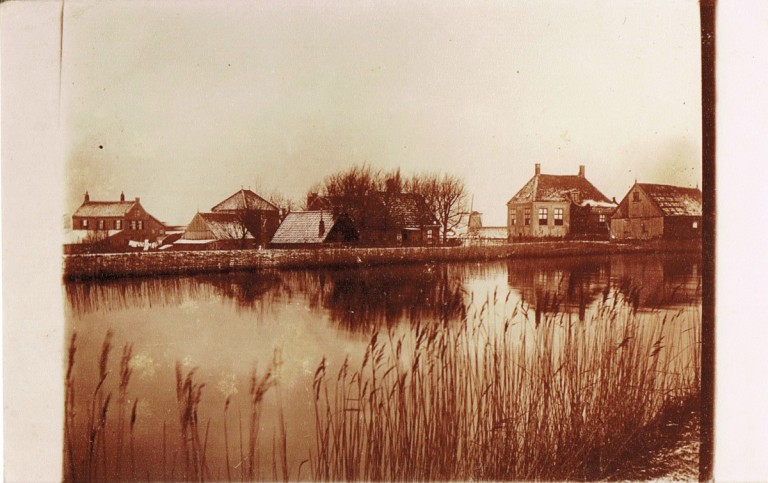 Today, Rotterdam is the economic heart of the nation. This is where The Netherlands earns much of its national income, enough to make it one of the most prosperous nations in the world. It’s a ultra-high-tech city, with cutting edge architecture – it draws tourists from all over the world.

But in 1957 Rotterdam presented a very different picture.

It was bombed flat by the Nazis in 1940. After the war, it began rising from the ashes, like the legendary Phoenix. Only there was nothing romantic about the rise of this Phoenix.

Rotterdam must have been a shock for a man who had grown up in a small village where the only structure higher than one level was the local windmill.

Rotterdam in 1957 was like a big engine, something mechanical, noisy and smoking. The wharves were operated by cranes and thousands of men moving crates and sacks manually. The factories and refineries poured thick billowing clouds of smoke into the air. In the heart of Rotterdam, left as a desert after the Nazi bombing blitz, thousands of men worked to construct new buildings and a metro system. In the outlying polders, thousands of others worked to build new satellite suburbs.

Everywhere one turned, one heard the jarring echoes of pile-drivers incessantly driving cement pylons deep into the watery ground. This was a city where the need for workers far outstripped the supply. It was the place where a poor person could find a decent existence. So was it then and so it is today; a great force called Hope drives human beings in search of a better life, like a God calling forth pilgrims to a temple on a distant mountain.

In those days the immigrants came from the north of The Netherlands; today they come from just about every corner of the world.

Anya’s father got a job and a year later the family joined him. The first thing he did was take the family to a photographer’s studio and have a photo of the family made. Black and white and it’s on the shelf in our little apartment above my notebook.

He and his wife are long dead – but this is where Anya and I are today.

Most of the other people living in our apartment block are immigrants – from far beyond the borders of The Netherlands.

And also, from Serious Travel Images:

One thought on “The Immigrant City”

Focus on The Philippines – Part 1