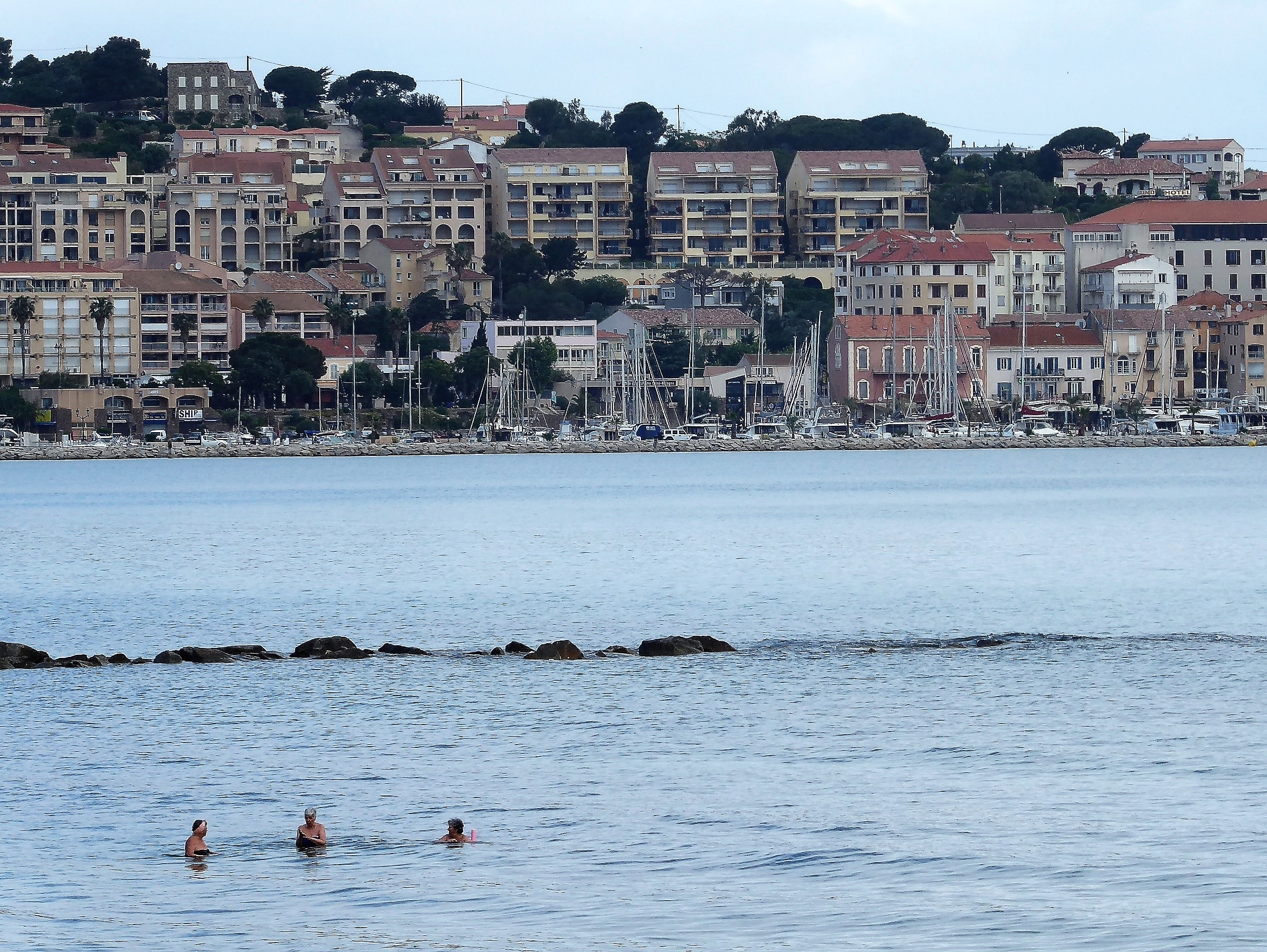 One night, Anya and I got talking to the owner of the guest house where we were staying.

We were sitting in the restaurant, had finished eating, and were drinking a glass of red wine (imported from California, and quite a luxury in a tropical country where grapes can’t be grown).
We were the only people in the restaurant.

Heavy tropical rain, You could heard it thudding the ground.

The restaurant was built in local style: wooden support posts, high thatch ceiling, and open on all sides to optimise the movement of air.

Nearby was a view of rainforest, tall trees, creepers, and ferns.

The sounds of the rain, the geckos in the ceiling and the frogs in a nearby creek, mingled together to create a natural symphony.

It was then that Claudia appeared out of the kitchen, went to the nearby bar, poured herself a whisky and came over and sat down at our table.

We’d spoken to her on several occasions and liked her.

Five years ago, she and her husband Kristof had given up their jobs in Austria and come to the Philippines and arranged to have the guest house built.

Kristof had gone to bed.

It was situated on a corridor of land in a rainforest and, at the end of a peninsula. Behind the restaurant were two rows bungalows constructed from natural materials and in the local style. Between them was a garden filled with creepers, palms, ferns and flowers.

The peninsula ended abruptly before a steep cliff. There was a series of steep concrete steps leading down to a rocky headland. The waters washing the headland were perfectly clear; a diver’s paradise and for us, as ocean swimmers, a fine place to swim.

As beautiful as the guest house was, it didn’t escape me that it must have required an awful lot of work to establish.

I asked Claudia about this and she gave us a short and vivid glimpse into the frustrations involved during their first year in The Philippines: for example, arranging for tradesmen and workers to turn up and work a full day for a full week for months on end, something they weren’t used to.

‘It didn’t matter that you paid them far more than the going rate. They were used to working in intensive bouts for a few days and then, taking it easy. Another problem was that they never thought ahead. They did one thing at a time. They were not used to working from a plan or working to a schedule.’

Then there were the local bureaucrats and police – as well as the immigration authorities – which had to be bribed.

‘We had never been outside Europe before coming here’ Claudia observed, ‘so it was a real learning experience for us. Sometimes we thought about giving up and going home.’

They didn’t go home though.

They hung in there.

Five years on, their business was doing well. It was constantly booked out. Kristof organised diving tours; checking the equipment, filling tanks, organising a boat and crew. He was an experienced diver and a qualified teacher. Almost half the foreign tourists that came to Philippines were either keen amateur divers or people who wanted to learn. The diving season was almost all year round.

Claudia was responsible for hiring staff and running the kitchen, restaurant and bar as well as arranging for the cleaning and maintenance of the bungalows. She took the bookings, handled complaints, did the accounts; she was the business manager.

‘Running a business was something I knew a lot about before coming here. I had plenty of experience running my parent’s guest house in Austria.’

I’m not sure how it came about, but Claudia began talking about her experiences with the Filipinos as workers. It was something which was very much a part of her everyday life.

She had a strict employment policy: she employed only unmarried, young women and never men.

‘Filipino women are good workers. The men are lazy and unreliable. I’ve offered jobs many times to men and either they don’t show up or, they work for a while and then quit. I only employ single women. When a Filipino woman employee gets married, that’s the end of her working life, even though she and her new husband might well be able to use the extra income. Once she’s married, her life is motherhood. Her husband dictates her life. He will keep her pregnant whilst he hangs around with his friends, drinks, and goes to cock-fights. Often, he’ll have a girlfriend on the side too. ‘

The latent sexism in Filipino society which Claudia alluded to, did not come as a great surprise to me. The position of women in most non-western nations is very different than in western societies. On the global gender gap index, the Philippines was a long way from occupying a top ranking. India for example, beat it hands down. Sexism in the other Asian nations – with the significant exception of China – was certainly as bad and in some cases, worse than The Philippines.

I think it was me who pointed out that in The Philippines, the Catholic church, it seemed to me, was very conservative in its attitudes towards women. Without knowing it, I touched upon a sensitive subject for Claudia.

She was implacably hostile towards Catholicism.

In her view, it supported the entrenched sexism in Filipino society with its archaic stereotyping of a woman as a Mother Mary, complete with lots of babies.

‘The present Pope may be making all the right noises but that’s all he’s doing. Outside of Rome, the institution remains unchanged. The Catholic church is an empire run by men. It’s a sexist empire. Only when women can be ordained as priests and cardinals will there be any hope for that religion.‘

Strong language, which reflected not only Claudia’s take on Filipino society, but also her own personal experience.

‘As a girl growing up in a small town in Austria, I was raised as a Catholic. It was very traditional. The man was the boss, and the wife had to obey him. He worked, and the wife looked after the children as well as his elderly parents. In the cities it was different. As people became more aware and more prosperous, religion lost its hold. Fewer and fewer people went to church. The Catholic priests lost their jobs. When I left my village and went to study in Vienna, it was a big change for me. I still resent the Catholic church for the bullshit they rammed down my throat. All that guilt stuff, especially if you were a woman. ‘

‘The same thing happened in The Netherlands’ Anya pointed out. Before the 1960’s, The Netherlands was one of the most religious nations in Europe. Most people were either Catholic or Protestant. Everyone lived in their community. Education and consumerism changed all that. It happened within a decade. ‘

Claudia said: ‘Yes, things can change, and I hope it happens here, but I wouldn’t hold my breath!’

Later in the evening, it became evident that there was a good reason why Claudia was alive to the issue of sexism, besides her experience with the Catholic church.

‘After I came back from Vienna, with a degree in accountancy, I took over running my parents’ guest house. They were getting on and they really had no idea how to run a guest house as a business. In their day, a few tourists came every summer, they rented out a room or two, provided breakfast and that was it. ‘Zimmer Frei’ was a useful source of income, but the main business of their farm were cows and milk. Tourism though was big business. My parents couldn’t speak English. Every year, more tourists came. To ski, to walk or just to be there and appreciate the view of the mountains. I organised a loan, had an extension built on to the house, put us on the internet and booking.com, installed an easy to use booking programme on a new computer. The business started moving. Within a year, the income from the tourists was much more than the cows.

My mother died. Not long after, my father died. My parents promised me that in their joint will that they would divide the farm and the guest house equally between my brother and I. In his last days, my father changed the will. Everything went to my brother –‘

Anya and I interjected: ‘That couldn’t have been legal! Parents cannot disinherit their daughters!’

In Austria, it transpired, they can when it involves a farm. A farm can be passed on to the eldest son to the exclusion of all the other siblings. Its an old rule which means that a farm doesn’t have to be divided. It can stay in the family.

We were shocked. It seemed hard to credit that this kind of archaic sexism could survive in a country which to all extents and purposes was a prosperous, modern western society.

I said: ‘You could never do that in the The Netherlands. Surely this must be against E.U. regulations?’

My brother became my employer. He had always envied me. He didn’t know anything about running a business. He knew about cows. His wife thought she could run a business. She was put in charge and she got very bossy. So I left and went back to Vienna and got a 9 to 5 job. Then I met Kristof. He was a social worker, but diving was his passion. We saved up and then left. I’ve not had any contact with my brother and his wife, but I heard from a friend in the village that the business is in trouble, getting bad reviews on booking.com. It used to get 8 and above. ‘

Our conversation that night ended on a different note.

I said: ‘A question I keep asking myself is: why is it that there is so little aggression in this country – unlike the other Catholic nations in Middle and South America? I’ve heard stories both from travellers and people living in that part of the world about the high crime rates. How one needs to be constantly aware of the security issue. For example, one does not walk around at night, alone. Catholicism there seems go hand in hand with an aggressive machismo. This kind of thing is conspicuously absent here whilst it is also a poor country. There may be a gender imbalance, it may be a big one, but Filipino men are not macho. It’s a funny old world: The Philippines, so deeply flawed, so much poverty, so much injustice – and sexism – is so easy to travel in. No hassles, no bad vibes. These are the friendliest people in Asia.’

‘That’s why we are here and we are going to stay here….

Austria is no longer our home.’