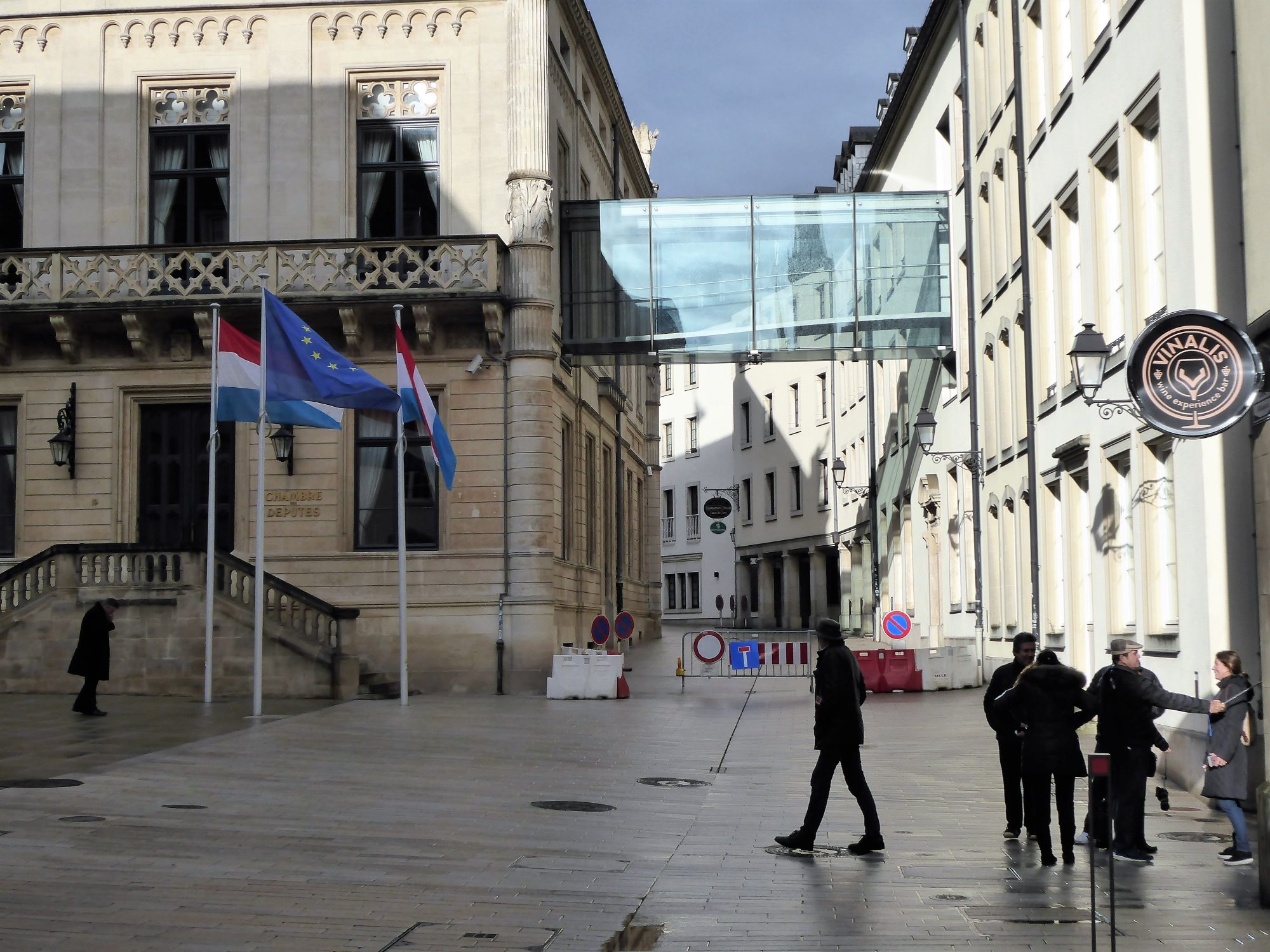 It was at the wake of my nephew that I heard a song called ´The Landslide´.

I suppose in a way it was appropriate; the song triggered off a landslide in my emotions.

For a while, I found it hard to remain standing.

The wake was held on the second floor of an old building in inner city Melbourne.

The building, like most of the buildings in the area, was built during the 19th century.

This one had been extensively refurbished.

On the ground floor was a trendy café and restaurant. The second floor had been outfitted to cater for large functions. There were table and chairs near the windows at the front, a bar with a long wooden counter and behind the bar, a large room with stacks of chairs along the sides.

Despite the renovations, the past was evident especially on this second floor; the high ceiling, the wooden floorboards and in places, the brick walls left bare.

My nephew had died of cancer after a long and terrible battle. He was 27. My partner and I had flown to Australia from Europe to be with him during the last weeks and offer support to my sister and my niece. During the emotionally turbulent days that we went into the hospital to visit my nephew, many conflicting thoughts went through my head, like stray bullets in a war zone.

Strangely though, I did not experience sadness. I was unable to shed tears like my partner.

Was this because I was a male?

One day my nephew posted on his Facebook account: ‘Thanks for all the love that everyone has shown me. Now I want to go to a quiet place.’

He went to that quiet place and now, a week later, there we were at his wake.

Box of ashes on a table.

And it was there, late in the afternoon, that the sadness ambushed me. Out of the blue, so to speak.

I didn’t cry but rather, almost fainted. Dizzy spell.

Yes, finally it caught up with me, the existential despair of living and dying.

The sheer madness of it all.

There were over a hundred people there. People were chatting and drinking and standing around in groups. Most of them, friends of my nephew, were young. Some of the groups of young people lived in country towns in the north of Victoria, where my nephew had grown up; they had travelled to Melbourne in a bus to attend the wake and were scheduled to return that night. Others lived in Melbourne and knew him from the time that he had lived there. He had enjoyed his childhood in a country town and being a gregarious person had made a lot of friends. But he had never regretted the move to the big city. He loved the city life and going out to clubs and pubs with friends and drinking and talking. He liked going to see stand-up comedians and bands; he listened to a lot of music – rock, jazz, blues, country and western – everything and anything. As an old man, even I knew that he was a musical bower bird. We’d be driving along in his car and he’d say ‘listen to this’ and I’d ask questions and get a long story. I remember him giving me a long spiel about one of his favourite American artists, Charles Bradley. Then again there were groups even from my time as a youth that he listened to: Pink Floyd, Dire Straights, Hendrix, Doors. Sometimes I wondered how he got the time to listen to so much music.

It was something I was reminded of whilst Anya and I were standing around talking to various people and sipping white wine; in the background, some of my nephew’s favourite numbers were playing.

Then late in the afternoon a number began which I’d never heard before.

Somehow it flew in under the radar of the emotional barrier I’d constructed during the preceding weeks.

One minute I’m standing there talking, voice raised to prevail over the music (though it was not loud), and the next minute, I’m struggling to remain standing. Hit by a wave of intense sadness. It was so powerful it was as if I was drowning.

Which music was this and why was it having such a powerful effect?

I left the group and walked slowly towards the windows. There were only a few people sitting at the tables and chairs. Most people had opted to stand. I needed to be on my own. I pulled up a chair and sat next to a window and drew in deep breathes.

The music kept playing and I found myself in a time warp, an emotional déjà vu.

I’m back there in the hospital on a Tuesday morning.

Two doctors appear at the doorway to his room. No white uniforms. An elderly man in a suit and a younger woman in an expensive dress.

Anya and I are asked to leave.

We find our way to the waiting room. It’s 10 am. There’s a TV on the wall and on the TV there’s a morning show from one of the commercial stations. It’s so hard to believe that anyone would want to waste their time watching this absolute trash. Yet there are, evidently, hundreds of thousands of people – or is it more? – out there in the great suburban wasteland, with nothing better to do than watch these young, glamorous people with witless babble and stereotype laughter.

How come they get sucked into this rubbish?

Is this an example of our so-called free society?

The freedom to be fed bullshit? To be brainwashed?

‘Coming after the break (i.e. after another burst of blitz advertising), a woman asks our astrologer about her son’s future!’

You couldn’t invent a crueller, more grotesque irony if you tried.

Twenty minutes later my sister appears in the waiting room in tears.

‘The doctors have said there are no more treatment options left. The only thing left now is pain management.’

‘But now it’s come this far, I want to go. I don’t want to hang around any longer. I want to die in comfort, peace and dignity.’

Anya and my sister in tears.

I’m staring at this man and wondering how it’s possible than anyone can be so courageous and so forthright confronted with the reality of death.

During the following days it’s the same: after every visit, I walk out the hospital feeling more inspired than sad.

He’s polite to the staff. Never a trace of anger or resentment. He’s dying as he lived. Not a mean bone in his body.

One thought echoes through my soul like a voice echoing in a cave: ‘I hope that when my time comes to die, I can be like him.´

Days pass. Every morning we visit him.

A storm of emotions, but sadness somehow missing. Anger at the death of a young man before he had the chance to have a life. Guilt at having reached the age I have. And the  recurring question:

Can I die with that sort of courage?

To go out graciously?

I looked down at the street below.

It was almost deserted.

The winter sun was hanging low on the horizon, casting a luminescent light over the buildings.

There weren’t people around and the ones that were there, seemed unreal, like silhouettes.

What were any of us besides silhouettes?

What would Life bring them, those stray souls walking the darkening streets on a Sunday afternoon? Happiness, sadness, confusion, doubt, good times and bad times and then, nothing, a great darkness.

There it was before me, the strange farce of living and dying.

Despite all our progress, all our modern pretensions, nothing had changed since the time we had wandered the great wilderness areas of our planet in tribes; we were inevitably confronted by two resounding mysteries, birth and death, and no matter how we tried to explain those mysteries, to unravel the unexplainable, there we were, confronted by a fathomless abyss.

What had Nietzsche once said?

The voices sang and the abyss stared right through me, like a cold wind.

The song finished and I recovered.

I saw my sister standing over near the bar.

I went over there and putting on air, a necessary light- heartedness, I asked her: ‘Hey, what song was that?’

Her answer was automatic: ‘The Landslide, Dixie Chics’

I’d vaguely heard of this group. Three women. I’d read somewhere that they’d caused a controversy by publicly opposing the American invasion of Iraq during the presidency of George Bush.

Dixie Chics. The Landslide. I made a mental note of it. The number that had almost sent me over the edge.

As night descended, Anya and I left. We walked back to the apartment we’d been renting for the previous month. We followed a bike path. A full moon hung in the sky like a child’s balloon.

Back in the apartment I got on to You Tube. Normally I was looking for classical music and opera.

This time it was different.

Ah, there it was: The Landslide. Dixie Chics.

Everything came back in a flash; the swooning, the standing near the window, the memories of the recent past, the intense experience of the present. Watching people on the street.

Whilst listening to the music, I scrolled down the page and read the comments that people had made about the clip. Several people mentioned that the original version of the song by Stevie Nicks (who wrote it) was better.

I listening to Stevie Nicks version of The Landslide and it was true, it was better, slower and more sensitive.

Yet it wasn’t the version I kept on my bookmarks.

It was the Dixie Chics’ version which I had heard that afternoon and which was indelibly engraved on my consciousness. It was this version which inevitably brought with it a flood of images and memories.

And a sudden wave of sadness, intense sadness.

‘Can I sail through the changin’ ocean tides?
Can I handle the seasons of my life?
Mmm

And I’m gettin’ older, too’