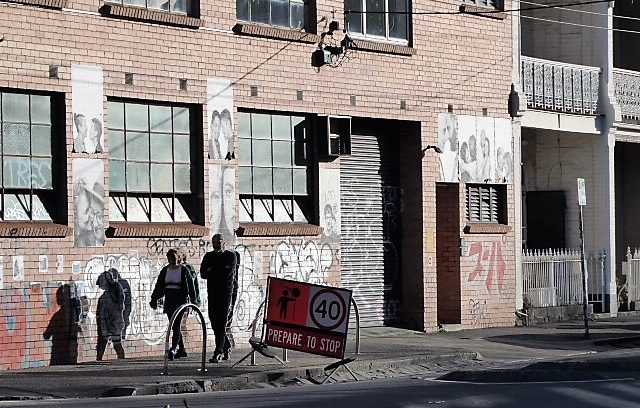 On the second evening of our stay in Ladbergen, we went to visit the church.

We didn’t have far to go; it was on the opposite side of the road to our hotel and  perhaps 200 metres away.

It was a Protestant church.

In the last light of a warm September day, as Anya and I circumnavigated its stone walls, it occurred to me that it must have been humiliating for the Catholics to have had to travel to this small Protestant town to discuss the terms of a peace treaty. They knew that they had lost the Thirty Years’ War: they had failed to eradicate Protestantism from Northern Europe.

But was even worse, they had set the scene for the rise of a powerful new Protestant nation in the form of The Netherlands.  Catholic Spain had waged a cruel and brutal campaign in that water land and been defeated. After 1648, when the final peace treaty was concluded, The Netherlands entered a period of greatness, the so-called ´Dutch Golden Age´, when it became the world’s foremost economic and naval power.

Peace however brought no benefits to the provinces comprising Germany. They had borne the brunt of the Thirty Years War, endured the worst excesses of the hate, the violence, the epidemics, the hunger, the mass deaths. And afterwards, there was no recovery, no ‘Golden Age’; poverty, starvation and disease lingered for decades. Millions of people emigrated. Germans flocked to The Netherlands – including almost half the population of Ladbergen. The Germans became Europe’s refugees – ironical in view of recent events with the mass migration of Syrian refugees to Germany.

Beyond this grim physical reality, was another, deeper, emotional one: in the memories the German people, the 30 years’ war was a time of terrible disaster, rivalled only by the latter stages of the Second World War.

Appropriate, given the links between the two events.

On two sides of the church were gravestones.

There weren’t many gravestones and none of them had anything interesting to say: just the usual stuff about resting in peace and god and heaven.

Nevertheless, there were a few of the gravestones which literally stopped me in my tracks.

It wasn’t the words in epitaphs that caught my attention, it was the numbers: the dates of birth and death. There were gravestones of people who had been born in the early years of the 20th century and died late in the 1990’s or early 2000’s.

I made a quick tally of the events which had occurred during the lives of those people – of the history which had unfolded during their lives:

The First World War and the horrors of trench warfare; mass starvation during the last year of that war, followed by the chaos of defeat, the Great Depression (which hit Germany harder than anywhere else), the rise of Hitler and the Nazis, the Second World War, blitz bombing, defeat, the country in ruins and the shocking revelation of the gassing of 6 million Jews (2 million of them children); the post war reconstruction and the division of Germany into East and West; the miraculous years of recovery and then, in 1990 the fall of the Berlin Wall and the creation of new, united Germany – followed by the personal computer, the video and CD player, the age of the internet, the mobile phone and so on.

The simplest thing in the world, the statement of birth and death on a marble slab, was enough to amplify the short but tragic history of the German nation.

And ironically, not far from the gravestones, I came to a very different kind of monument: one which served as a reminder of the birth of that nation: it was an old four- sided stone column, with a few sentences engraved on one side.

The stone was weathered, pitted, but the script was still legible: it was a tribute to ‘our brothers’ who died in 1871.

1871: the birth of a new nation called Deutschland.

But this was our last night in Ladbergen. The evening was warm and we knew that on the following day we had a long ride in front of us. Besides, a rare indulgence is often the most enjoyable one. Which was certainly true about this particular indulgence.

I have never seen a people so enamoured of Italian ice cream as the Germans. It’s something that I noted in my diary during previous bike rides in Germany.

Outside the Italian ice cream parlour were tables and chairs on a brick work pavement. They were all occupied. Echoes of people chatting and laughing filled the air.

We bought two small containers of ice cream. The man behind the counter pointed us in the direction of a place over the road where we could sit. We walked over there. it was odd that we hadn’t seen this area before: it was next to the church grounds.

There were three bench seats arranged in a semi-circle around a pond. The perimeter of the pond was a low wall topped by glazed cement tiles. At the end facing the bench seats, water flowed over a low edge of the wall into an iron grid recessed into the ground; the water was then circulated back into the pond. The sound of the water splashing into the grid was welcome on a warm day. There were trees surrounding the area, enough to provide shade yet not block out the light entirely.

On the bench seats were parents and grandparents and children eating Italian ice cream.

After a while, we began watching the kids and their reaction to the water. Some of them were fascinated by it and tried to jump in – whilst being restrained by an adult – or they dabbled their hands in the overflow. But other kids didn’t want to go near the water, just watch it from afar.

People stayed a while and left. Others turned up. Some people appeared on bikes with their children seated behind them and stopped and chatted.

It was a delightful scene.

Sometimes one of the ultimate travel experiences is just sit somewhere and watch people.

My thoughts drifted to the old stone column in the church yard.

After all, it wasn’t far from where we were sitting, surrounded by people and children eating ice cream.

The German war against France.

Long ago, after reading the works the French novelists Guy de Maupassant and Emile Zola, I realised that this war was very important but had never received the attention it deserved, overshadowed as it was by the First and Second World Wars.

1871: Germany united under the authoritarian rule of Count Otto von Bismarck. A Prussian nationalist, he was a late convert to the cause of German unification. The drive for unification came from below, from the people. In turn, this desire had deeper historical origins. In the aftermath of the 30 years’ war and the decades of poverty afterwards, the call for the unification of Germany became ever more clamorous. A united Germany would never see a repeat of the 30 years ‘war, never have its lands invaded by foreign armies and its people murdered and humiliated.

Bringing the various provinces together was no small task. A shared language and culture was not in itself enough. There were immense political obstacles. There was also another very basic issue: would the German people be united under a democracy or a dictatorship? In 1848, the spectre of unification had loomed large when all over Germany, people had rallied behind the ideals of liberal democracy: of voting for their leaders, of free speech and social equality. The liberal democratic fervour was accompanied by a call for unification. What the vested elites had failed to accomplish would be realised by the people.  But the revolution of 1848 was eventually crushed by the powers that be

And then Bismarck. Prussian in heart and soul.

Prussia: since medieval times, a militarised state, a kind of Sparta in Northern Europe.

The ethos of ancient Athens, the birth place of democracy defeated, and Sparta prevails.

Bismarck´s means of pulling the provinces of Germany together into one nation?

France was an obvious choice, given the ongoing dispute over the areas of Alsace and Lorraine.

A war against France would rally the German people like never before. His army, led by Prussian officers and generals, was far more disciplined and modern than the French. He played his game carefully. The French fell into the trap.

A new nation had suddenly appeared on the continent. Of all the possible Germanys which could have emerged from the cauldron of history, this was the most ominous: a Germany united on the basis of Prussian militarism and nationalism born out of war.

Another Germany might have appeared, a democratic Germany. But it didn’t. The promise of 1848 came and went.

Instead, the stage was set for a disastrous chain of cause and effect: the thirty years war, the German-French war, the First World War and the Second.

A graveyard for German soldiers killed during the First and Second World Wars – in Flanders, Belgium.

Sitting next to the pond that evening, I was a silent witness to a mundane and yet heartening scene: parents and their children sitting around eating Italian ice cream; the air filled with the sounds of water and chatter and laughter.

I had a feeling that this was as far as we could go, never mind all the big ideas about Utopia, a just society, a fair world and so on: a world where parents and grandparents and children could sit around in the evening.

Nothing to worry about.

How distant the memories of two devastating wars!

How many people in Ladbergen had seen the stone column in the church yard?

Very few, if any.

As the shadows grew longer and the air grew cooler, my thoughts drifted to our hotel and what had taken place there in 1645: a peace treaty which brought no lasting peace.

The air seemed to be filled with metaphors that evening.

Finally they had arrived and we were all better off for it.