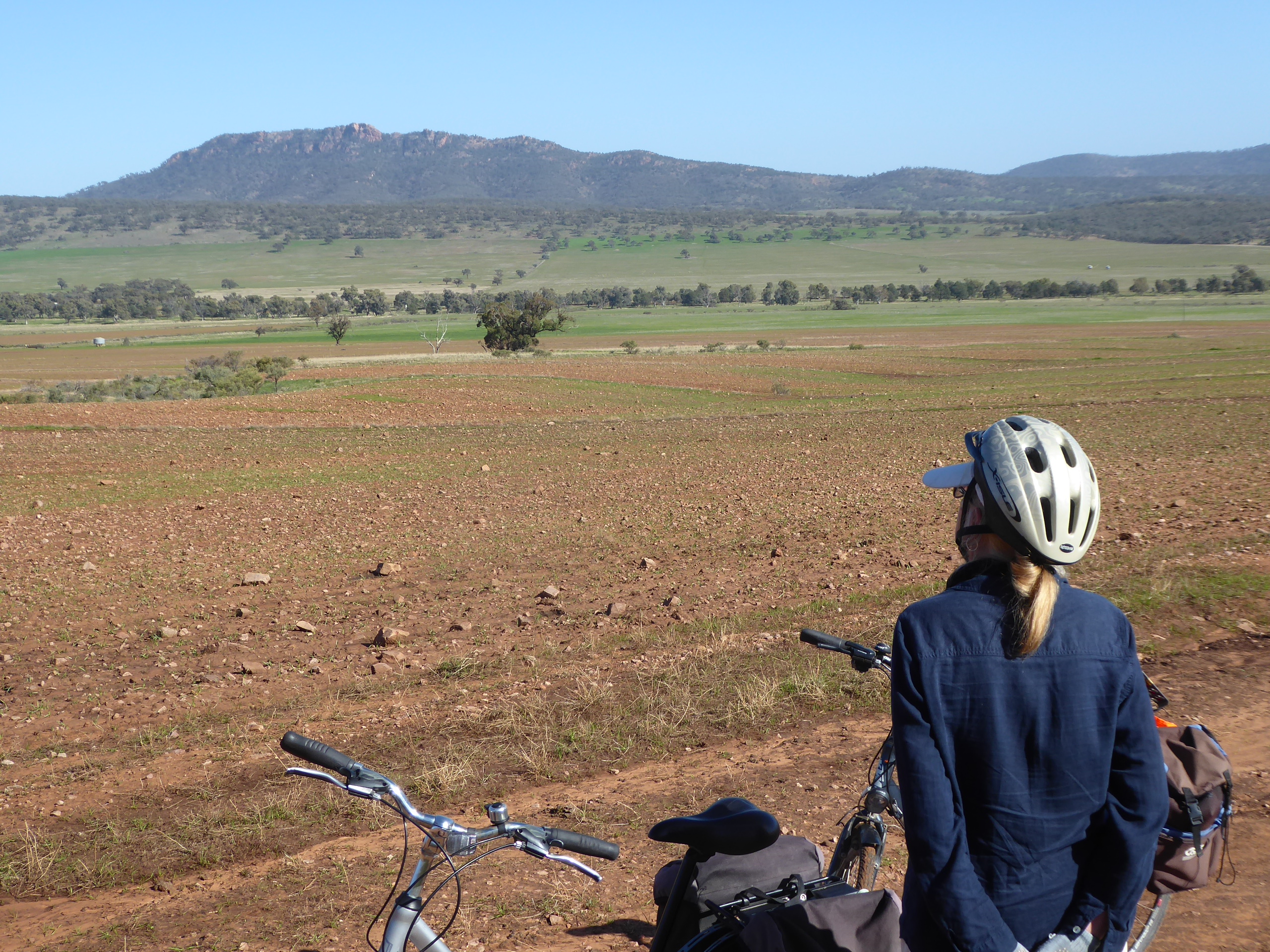 Then one day I found out who Stephen was.

It began like this: Anya and I were studying our map of North East Romania, looking for areas of the mountains where we could go walking. There were strange symbols dotting the mountain ranges which we couldn’t recognise.

When we looked them up in the map index it said: ‘painted monasteries’.

I did some googling.

Painted monasteries: they were high walled monasteries with churches, towers and turrets which were tattooed with beautiful hand painted murals. These murals dated from the medieval era and were inspired by the artistic heritage of Byzantium.

The north east of Romania, sometimes known as Moldavia (as distinct from the neighbouring independent nation of Moldova) seemed to be an awful long way from Byzantium. Time wise as well as distance. The connection wasn’t obvious to me.

It as a powerful Christian empire which evolved in Rome in the 4th century A.D.  It’s founder was the Roman Emperor Constantine, who converted to Christianity. At this stage, Rome was in a state of terminal decline. In this setting of impending chaos, the teachings of Christ gained many adherents. But no one could agree upon what Jesus actually stood for. Many cults proliferated. Constantine chose a novel approach in order to create a unified belief and escape the spiritual chaos of Rome. He moved to the site of today’s Istanbul and established a church and a society based on his version of Christianity. He abandoned his Roman antecedents in favour of the Greek, adopting Greek as the lingua franca of his new religion. Constantine laid the foundation for the growth of a city-state – it was named ‘Constantinople’- which during the centuries expanded, commanded an empire, imposed taxes, waged wars – and also developed a complex theology as well as booking impressive development in the arts and sciences.

In the meantime, back in Rome, another institutionalisation of Christianity evolved with the rise of the Holy Roman Church, which used Latin – the ancient language of the Romans – as its lingua franca. Out of the ruins of the Roman empire hence, two versions of Christianity appeared: an eastern orthodox and a western Latin.

Which one would prove to be superior in the long term?

Until the 15th century, the answer seemed obvious: Constantine’s version or as it became known, Byzantium.

Constantinople was a splendid city, with magnificent churches and buildings and surrounded by vast, high ramparts.

In 1459, Byzantium vanished. A long reign of a thousand years came to an end.

The Turks were Moslems.

They were the inheritors of a civilisation with a long history of militarism, starting with the prophet Mohammed in the 7th century A.D. In 1459, Islam was a global empire matched only by perhaps China. In the east, it included today’s Iran, Pakistan and India. In the west, all of northern Africa. In the south, all of the middle east including today’s Saudi Arabia.

The Turks had immense resources at their disposal – and they were determined to conquer Europe and crush the infidel Christians.

In 1459 things looked very bleak for Christianity. The end seemed near.

But in the south-east of Europe, the mighty Turkish superpower ran into a powerful foe. An unlikely one too, one ruling a tiny, insignificant country.

Moldavia marked the northernmost extent of Byzantium. It was a border nation. North and west lay powerful Catholic nations including Hungary and Poland. After the fall of Constantinople, Moldavia was left marooned, a tiny country caught between a rock and a hard place.

Stephen was a soldier king. He played a very risky game of brinkmanship with the Turkish leviathan: it demanded that he pay them a yearly tax in gold, in effect reducing Moldavia to a vassal state. He agreed and then didn’t pay, where upon the Turks threatened to invade Moldavia, where upon he agreed to pay the tax again – and then didn’t pay.

The Turks, tired of this pesky Stephen, invaded Moldavia and defeated Stephen’s army. But it was a costly campaign for the Turks, with their troops suffering major losses in the mountains and then falling prey to disease on the way back to Istanbul.

Once again, Stephen agreed to pay the tax – and reneged.

In 1472 Stephen married one of the last surviving Byzantine princesses. The marriage  coincided with Stephen’s determination to model himself on the figure of Constantine, who for him embodied the image of the ideal Christian ruler. Coinciding with this, he launched a campaign to build a series of fortresses in Moldavia and patronise Orthodox Christian monasticism.

It is then that the painted and fortified monasteries began to appear. War and religion complemented one another and it proved to be a successful combination.

In 1475, the Turks, deciding that it was time to occupy and rule Moldavia, invaded the country again – and were defeated.

Against enormous odds, tiny Moldavia had defeated a colossus. Stephen’s reputation as the defender of the faith was secured for posterity. The Catholic Christians were impressed, but when Stephen them for assistance, they declined.

They viewed him as a heretic.

Stephen was on his own.

And so it happened: Moldavia emerged as a bastion of what later became Orthodox Christianity. Today, Orthodox Christianity – and the Cyrillic script (its various forms related to Greek) – are found in Bulgaria, Georgia, Russia, Belorussia, the Ukraine and Serbia. Stephen played a pivotal role in the survival of the Orthodox religion. Hence his heroic status to this very day.

The finest examples of Stephen’s painted monasteries – UNESCO listed heritage sites – were concentrated in the mountains in the area of the city of Suceava. Initially, our plan was to travel to Suceava and stay there and walk into the nearby mountains and visit the painted monasteries.

A bit of research into available accommodation in area soon led to us abandoning the idea. Suceava was not small town, as we had imagined. It was a thriving city and the painted monasteries, it transpired, were Moldavia’s main tourist attraction. They were not remote. They were fairly and squarely on the tourist circuit. It was a favourite with organised groups, some of them international and others from the other eastern Europeans and, Romanians.

This was not for us.

It’s not easy these days experiencing history. Impossible when you’re a part of a thronging crowd.

We got out our maps and studied them closely.

We wanted to visit a monastery built during the time of Stephen which wasn’t on the international tourist circuit and where we could walk to without having tourist buses whistling passed us.

After studying our map for a long time, we found a place which seemed like it was worth trying: a town called Tagu Neamt.

There was a walled monastery in the nearby mountains built in the time of Stephen. It was not popular with tourist organisations. The Tagu Neamt monastery was not classic painted monastery like the others around Suceava. It was as old, but the church and its towers were not covered in murals.

But the clincher was this: our map indicated a trail connecting it to Tagu Neamt through the mountains.

A day later we were there: outside the high encircling wall of the Tagu Neamt monastery.

It was early in the morning. A sunny autumn day was in the offing.

There was no one around.

We entered a portal.

The portal was reminiscent of a castle. It could be closed off with a very old, heavy wooden door, inches thick.

The door was open.

We left our walking sticks outside and walked through the portal, passed the opened door.

Inside, we stopped, looking up at the ceiling.

It was covered in faded frescoes.

For a long while, we didn’t advance any further.

The frescoes were five centuries old. They were still in reasonable condition.

There they were, staring down at us: memories of the lost empire of Byzantine.

It rose, flourished for a thousand years, and then died.

And there we were, motionless, transfixed.

We were at the end of one journey and the beginning of another.

Stephen was out there, waiting for us.

One thought on “Travels with Steven Part 1”