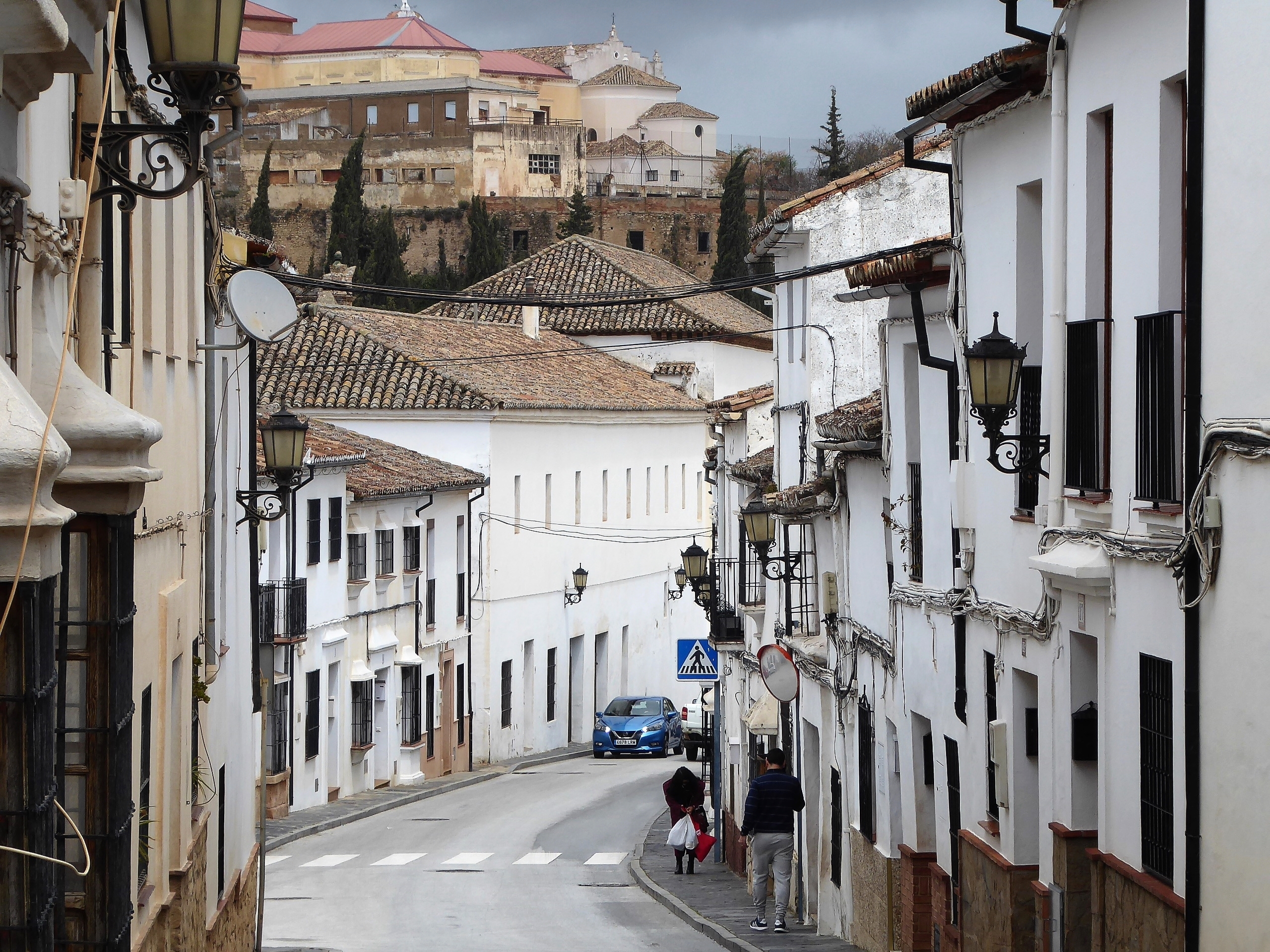 On the following morning, when we went into the kitchen-dining room to have breakfast, I was tempted to ask Francine about Freud.

In our room, there were book shelves and they were crammed. The night before, I had checked the books carefully and noticed quality novels, travel guides, books about psychology and the mind – and a large collection of the case histories of Freud.

I didn’t get around to asking her about Freud though, because uppermost in my mind was to find out more about her father and what happened to him after surviving the flood.

But as it turned out, Freud was a part of that story……….

‘Pa was adopted by a family who lived in Rotterdam. They were good people. They had three of their own kids. They treated my father as one of their own. It was a big change for him. He had to learn mainland Dutch. In time, he adapted, leastways that´s everyone thought. He did well at school. He was quiet, kept to himself, and did not make friends easily. He went to university and studied engineering and then got a government job in the planning department. Rotterdam was growing quickly. There were industries, high rise buildings, roads, flyovers, apartment blocks being built. In The Netherlands, as you know, everything is planned. He was a workaholic, he did well for himself and rose quickly within his department. He got married and I was born. I was raised by mother and my grandparents. Pa was absent from our lives. He was absent from his own life. He came home, never said much and never showed much emotion. I don´t know how my mother put up with him. He was like a ghost. He didn´t drink, wasn´t violent or bad tempered. Once he was home from work, he read technical reports. If we did anything together it was always at my mother´s instigation. In the times he spent with me he was a loving father, though when I was invited to other kid´s places for a party, I realized how different other fathers were, other families were. They did things together, they laughed.

When I was 16, I was rebellious, self-centered. I yelled at him and mum. Living in tomb with you two! You never go anywhere, do anything! You’re like ghosts!

I had to decide what I wanted to do with my life. One thing was certain, I didn’t want to follow in my father’s footsteps or for that matter, my mother’s. I enrolled in a degree with psychology as a major. In retrospect there was something prophetic about my career choice. But consciously, I made my decision with an eye on the job market.

The Netherlands was a welfare state but our idea of ´welfare´ was expanding to include psychological health as well as physical. Depression, loneliness, trauma, paranoia  – these were being recognized as forms of sickness. New institutions, funded by the government, appeared in every city. It was a growth sector. There was a big demand for university educated professionals.

It was at the end of my second year at university that my father tried to commit suicide.

He took an overdose of sleeping pills but my mother found him and then phoned for an ambulance.

I was in Spain – drinking and partying – when I got the news.

It was like the ground shook under me. I felt dizzy. I realized then how much I loved my father. I flew straight back. By that time, he was home again. But he couldn’t work. He was a real mess.

I knew that there was something behind this.

After  questioning my mother, she told me about the flood.

I couldn´t believe it! I was so angry! They had kept this secret from me all those years!

‘We wanted to protect you’.

It took me days to come to grips with it all. It was not real, I kept telling myself. But it was real.

Fortunately I had a great professor at university who helped me. He had lived during the old times but was up to date on the new ones.

As a young person, I thought that our society was too slow to change, no better proof than my parents. The professor pointed out to me that actually, it was the other way around: the nation had changed, probably changed too quickly. The generations no longer understood each other. Within two decades, the Netherlands had gone from being a poor, war damaged nation to a rich country. There was universal education, a cradle to grave welfare state, low unemployment and a consumer society. Thanks to the Delta Works, we were safe from the water for the first time in our history.

He explained to me how my parents´ generation had grown up in different times. A Great  Depression and mass unemployment followed by the Nazi occupation. They had experienced many horrible things. People being shot in the streets. Rotterdam bombed flat. 100,000 Dutch Jews transported to death camps. During the last winter of the occupation, the Nazis had taken all the crops grown in the Netherlands and sent them to Germany. 70,000 Dutch people had starved to death. The post war years were dour. There were no luxuries. No one had a car or a TV set. The nation worked to get back on its feet. And to forget. The average working week was 10 hours a day, six days a week. Everyone had a heart rending story to tell. The flood was just another disaster, along with all the others. The idea was, you put your past behind you and you got on with your life. The Protestant mentality was involved too; you didn’t complain or feel sorry for yourself.

For me, it was hard to believe that anyone could be so dumb to think that you could put a terrible event – losing your entire family in a natural disaster – and then just move on as if nothing had happened. But when I was able to put things into perspective, my attitude changed.

Pa was a living tragedy. He never had a chance. They picked him up on the fishing boat and that was where the trouble started.

My professor really helped me and he made it possible for me to help my father.

In modern jargon, you could say that Pa had suffered from ‘Post Traumatic Stress Disorder’. Today there are many different ideas concerning its treatment. From my perspective, it was absolutely important for my father to go back to the time of the trauma and relive it and record every single detail. This approach has its origins with Freud. He was the great pioneer in this field and I had read almost every case history recorded by Freud, as well as his greatest book ´Interpretation of Dreams´.

We digressed here for a while and discussed Freud. Recording the dreams of his patients had been a crucial part of Freud´s therapy. Francine noted that in German, the word for ‘dream’ is  ‘traum’, from which stem the words – similar in Dutch and English – , ‘trauma’ and ‘traumatic’. A dream then has very different connotations in German than in Dutch and English; a ‘traum’ is  something arising from a deeply conflicted soul. For Freud, whose native language was German, it was logical that an analysis of the deeper workings of the mind would begin with dreams.

‘I forced my father to get help. He went to an institution with psychiatrists and other experts. Their basic approach was to change his thought patterns, how he saw himself. I don’t disagree with this approach but in my opinion it’s putting a bandage on a deeper wound.

The problem with a Freud based therapy is that it takes time, sometimes, like with my father, years. Privately, I began my own therapy based on the ideas of Freud. I convinced him to open up to me, to tell me about the flood and lots more. I took notes. I wanted to know about his brothers and sisters, his parents, his grandparents, what they did and how they lived. It was a slow process. He had been programmed to forget.

For me it was like a journey into another world.

In 1953 in Ouwekerk, there were no tractors. The fields were ploughed with horses. The horses were shoed with clogs. Cows were milked by hand. Water was drawn from a hand pump. To wash the clothes – and her young  children – his mother had to pump water into iron tub and boil the water on a wood stove. The women wore traditional dress (‘klederdracht’) and everyone went to church and was very religious. People got around on bikes.

In my final year, my father and I drove to Zeeland, staying in a hotel and then the next day visited Ouwekerk. He hadn’t been back there once since the flood. He was so tense. It was fine day with light fleecing clouds.

On the way to the village we saw a strange tract of water. We stopped and looked and Pa was perplexed because it had never been there before. There were no houses there then. It was just fields and along the edges of the water, reeds and trees.

Then we drove out to the dyke.

The tide was out. A large area of rocks had been exposed. Gulls and terns wheeled overhead. Other birds too, which Pa recognized. He told me their names but it meant nothing to me. He told me there were mussels amongst the rocks. He and his brothers and his father used to spend hours fossicking amongst the rocks on a low tide looking for mussels. The birds hunted for the mussels too; they picked them up in their beaks, flew high in the air and then dropped them on to the rocks to break the shells and then swooped down to eat the mussel. They always knew exactly where they had dropped the shell and on which rock. Pa got really carried away telling me about all of this. I knew then he was going to be ok.

He could hear the voices of his brothers and father. See his family sitting down at the table, the cloth laid out, the plates neatly arranged around the table, saying prayers, thanking God for the meal, and then swooping on the cooked mussels, like the birds.

Halfway through his story he said: ‘you saved me. You’re the best daughter a man could ever wish for…’

It was hard for him to say that. It was an important moment for me.

We stayed there until late in the afternoon. The tide turned and then we left….’

An hour or two after we had left Francine’s place, riding on top of a dyke and against a strong wind, all sorts of thoughts went through my mind.

When you looked at the world, it was a horror story really. Global climate change, crazy world leaders……and that was just the start.

Hope existed at the level of individuals battling in their own way to find sane solutions to daunting problems. Francine was one of them. She was bigger than the madness, bigger even than a flood which swept all from its path…..