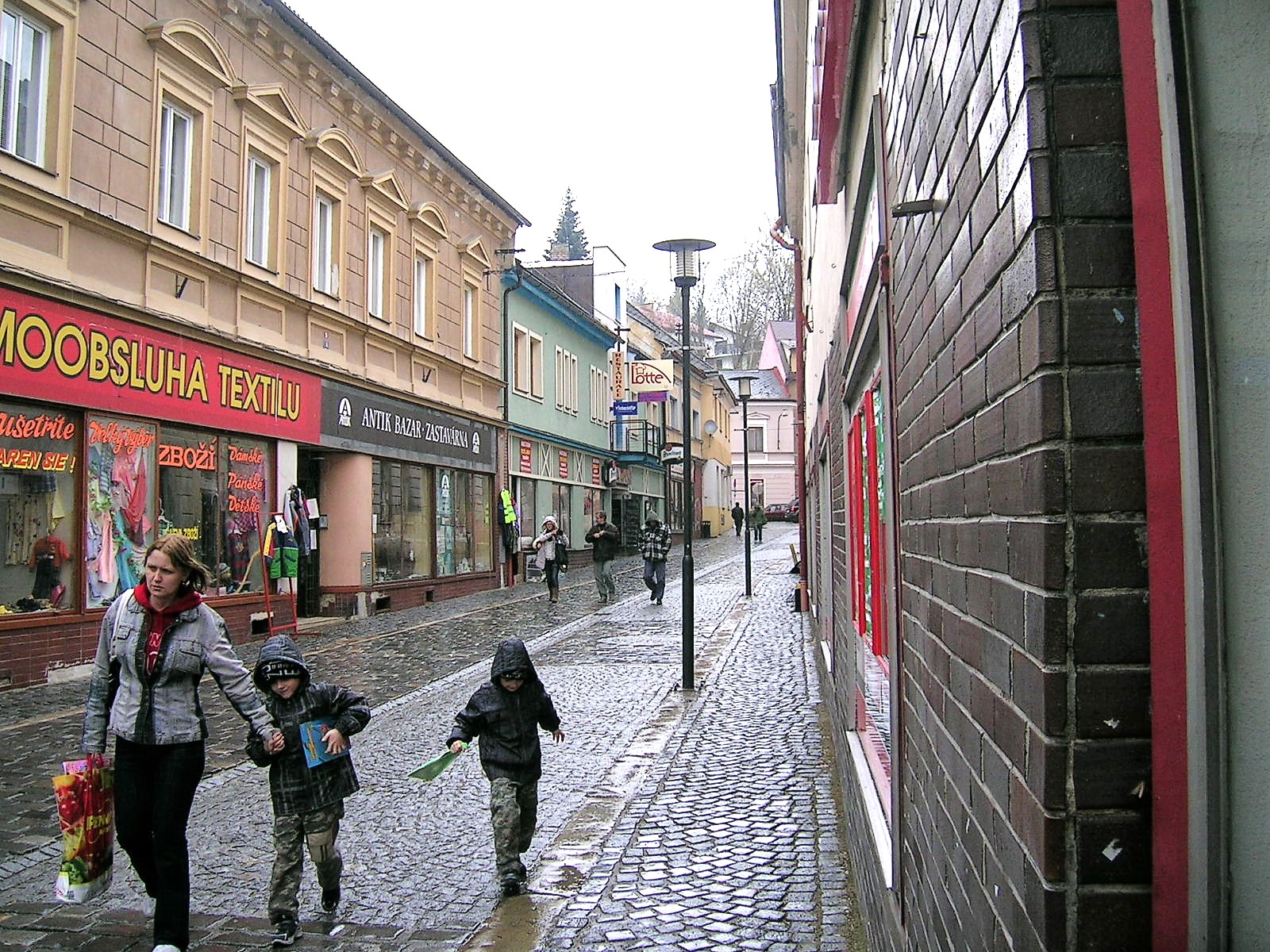 As two Australians alone in a far flung town, it was natural that the first thing we did was swap stories about where we had been and where we were going. He had come over the border that day from North Vietnam. I was headed in that direction after staying a few days on the Plain of Jars.

Harry and I were travelling in Indochina at a time when the region was opening up to tourism. In the 1960’s, the U.S. had gone to war to stop the advance of communism in Indochina – Vietnam, Cambodia and Laos. It had lost that war and the communists, backed by China and Russia, had won. For almost 3 decades, the entire region was hermetically sealed off from the rest of the world.

In 2003, tourists needed a visa and obtaining it was a long winded process and there was a strict time limit on how long one could stay (often depending on where one applied for a visa).

Harry and I discussed the ins and outs of applying for a visa at the Vietnamese border. During our conversation, I found out that Harry was an Vietnam veteran. Done two tours of duty. Not a conscript.

The man had been a professional soldier committed to the anti-communist war.

Later in the night, I discovered that there had been more than duty involved…..

The Australian government began sending troops to support the Americans in Vietnam in 1965. Whilst Harry was fighting in Vietnam, I was a kid at High School missing lessons to participate in anti-war demonstrations. He must have been at least 10 years older than me, though I never did find out for sure. In any case, I kept my anti-war past to myself.

So there we were, compatriots divided by a memory of war, he a former soldier and me, a former anti-war protestor, sitting at the same table, bathed in the flaring light of a tropical sunset.

It was me who inadvertently came up with the metaphor of war junk.

On our second beer, he asked me about the Plain of Jars.

‘Plain of Jars’ he said, more to himself than to me.

‘One of those places I’ve heard about you know …sounds sort of exotic.’

The plain of jars was a plateau high in the mountains of north east Laos. Two thousand years ago it was home to a remarkable civilisation which became prosperous because it was at the cross roads of ancient trading routes. Flourishing towns grew, crops were grown, and the arts and sciences flourished. Funerary jars, some of them massive, were mined from local cliffs. The corpses of departed people were placed inside a jar in a foetal position and a stone lid placed on top. Some of the jars were quite large and weighed a few tons, many others were far smaller. The idea was that the spirit of the deceased person had to be ‘distilled’ out of the corpse. In these stone urns, the dead were returned to a symbolic womb, a place where the process of conception, pregnancy and birth was reversed; the spirit, the life force, seeped out of the physical body and travelled back to the Beyond.

There was more than archaeology to see at the Plain of Jars though. There were also relics from recent times. Ugly, lethal relics.

During the Vietnam War, the North Vietnamese army occupied the plateau. It was of immense strategic importance for the communists. Unwilling to send troops into the plain to battle the North Vietnamese, the Americans chose instead to bomb the Plain of Jars. This they did incessantly for years on end. The Plain of Jars became the most heavily bombed area in history. At the end of the war, the entire plain was littered with millions of huge bomb shells and unexploded ordinance or as it was known, U.X.O.

When I visited the Plain of Jars, there was only one site – site 1 – where it was safe to see the ancient stone funerary jars. The U.N. was busy locating the UXO and defusing it. They had an enormous task before them. I described how everywhere I went, I saw rusting bomb shells – the locals had used them as stilts for houses; they scavenged the Plain for the metal and used it to make all sorts of tools and implements: woks, pots, knives, ploughs, spades, axes, picks, rifles – and even cigarette lighters.

Yes, I said, it was a bizarre place alright: jars and bombs; the remnants of a mysterious two thousand-year old Bronze Age civilisation and piles of deadly war junk.

‘War junk!’ Harry said and he laughed, adding ‘sounds like me mate.’

What did he mean by that?

In the course of the night I found out.

We ordered a meal.

We’d both had a long day behind us and we were famished. We wolfed it down and afterwards had a mug of coffee with sweetened condensed milk. Afterwards I was hit by a wave of tiredness. I was on the point of getting up and going back to my room, when Harry mentioned in passing that he had served as a forward scout (the Americans call it a ‘point man’) in a unit of jungle commandos.

That stopped me in my tracks.

As a kid, I had dreamed of being a commando, hunting down bad guys in steaming jungles, finger on the trigger. I had dreamt of serving my country – but not in muddy trenches or empty deserts or crowded cities, but in the tropics, in rain forests, in a place where stealth as well as courage was called for.

I had dreamt of being a silent killer, of stalking the enemy like a panther in the night.

Now I was in the presence of a man who had lived my childhood dream.

He was right there in front of me and as I downed my beer, I realised that we had more in common that I’d thought.

Both of us had been raised under the aura of the Anzac; the inheritors of the legend which had been created by generations of Australians who’d died in so many distant places fighting so many different enemies: the Boers in South Africa, the Turks at Gallipoli, the Germans in France, Crete and Northern Africa; the Japanese in New Guinea and Borneo, the communists in Korea, Malaya…..and then ‘Nam of course.

The legend that had defined the identity of a young nation.

But it had always been rent with some fierce contradictions, that identity business. A small population, predominantly British and white, inhabiting a vast continent surrounded by populous Asian nations, the Australians clung to the Mother Country. Real independence was a project fraught with dangers and uncertainties. A national ethos arose by default, the product of circumstance. The First World War came and all over the country, young men enlisted and sailed off to cliffs of Gallipoli, on the Aegean coast of Turkey, followed by the water- logged trenches of northern France – where they died like flies defending the British Empire. Out of that appalling disaster came one small compensation; a grief, a sadness, a loss, so great, so deep, that it united everyone in that distant British colony: the workers and the employers, the country people and the city people and even the politicians, both left and right. The scything out of a generation of sons by the madness of war brought a nation together. And so it was born: the legend of the Anzac, immortalised in the thousands of statues erected all over the country at the end of the First World War: memorials to the boys who didn’t come back or if they did come back, were  crippled either physically or mentally or both. The Anzac set in stone: the soldier standing on a pedestal: slouch hat, uniform, 303 rifle.  Tombstones dotting the white man’s Australia, a blood- stained rite of passage.

When I was a kid, the legend of the Anzac really meant something to me. It was a glorious ideal, not an epitaph on a tombstone or dead script at the base of a statue. It was a myth of manhood, of honour, of serving your country and defending democracy.

In my case, the legend didn’t survive adolescence.

Sitting there with Harry, in a remote corner of Indochina, the sky a blaze of stars, the street silent, that childhood dream, long ago discredited, somehow sprung back into life.

Curiosity got the better of me. I asked him about it: the life as a jungle commando.

He told me his story. It took all night to tell.

Long after everyone had gone to bed, I was sitting there in the light of a kerosene lamp listening to Harry.

In the meantime, the table in front of us filled up with empty beer bottles.