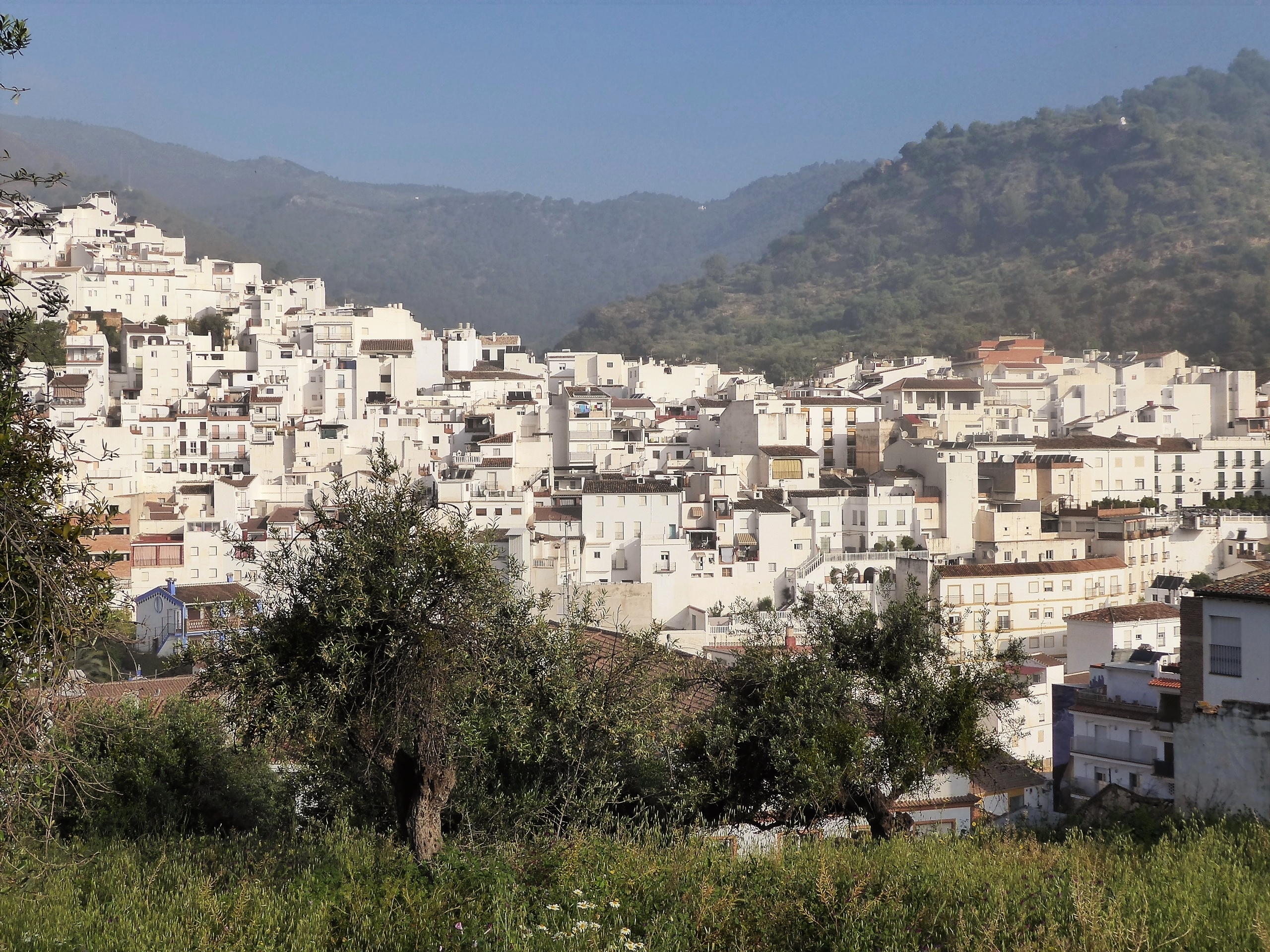 Reeling from disbelief, we came to the hotel.

There was a narrow passage and on our right, an open area with a couch, a wooden table and chairs and, sitting in a easy chair before a flat screen TV set on a small low table, was an elderly man watching a football game. The sound was down low.

The traveller who gave us the tip for this place had told us something about the family that ran the hotel and at one point, she had added, in a mirthful tone:

´The grandfather is football crazy! He sits all day downstairs in the common room watching TV – ‘

‘What about the noise?’

‘Ah no! He usually has the sound turned off….’

‘He watches the football with the sound turned off?’

She laughed: ‘He knows who the players are, knows all about them…why does he need someone to tell him what he already knows!’

The elderly man was slender with thinning white hair, a wispy beard and gold wire rimmed glasses; he was wearing a white shirt and black trousers and he was slightly bowed. He could have been a retired professor. He came over and greeted us. He said his name was Than. He asked us where we had come from that day and we began chatting.

I was immediately impressed with his English; it was fluent with a trace of an American accent.

Anya asked him if a room was available. He didn’t know, this side of things he explained, was handled by his daughter and she had gone out to buy supplies. She was expected back soon.

Why don’t you two get those rucksacks off and come and sit down and watch the game?

Why not? Because neither of us liked football!

‘The game’ on the TV apparently involved one of his favourite teams, Arsenal.

We eased our rucksacks off and sat down and hoped and prayed that the daughter would soon appear and rescue us.

We asked about a room, she had one, we booked it for a week (we had arranged to meet friends in Saigon). We got our passports out of our money belts and began filling in the standard rounds of forms. Afterwards, as we followed her up the steep staircase to our room on the second story, she began joking about her father. ‘Don’t mind him, he’s a funny old man, he doesn’t mean any harm –‘

Before she left us, she mentioned that breakfast was included in the price of the room. It was served downstairs between 7 and 10 am.

Her father prepared the breakfast, she said, with a Mona Lisa smile.

Breakfast wasn’t exactly sumptuous: two small cups of Vietnamese coffee (I loved it!), a couple of white bread rolls and a few cubes of processed cheese.

Than asked us where we were from in The Netherlands (we had used our Dutch/European passports to check in) and we said ‘Rotterdam’.

We knew that the best known team from Rotterdam was Feijenoord, but that’s all we knew.

He began naming some of the stars who over the years had played for Feyenoord, none of whom we had ever heard of.

When he started up about the European Cup Final in 2002 – which apparently Feyenoord had won – I knew I had to do something to change the subject. This man was a lunatic.

As soon as there was a pause in his spiel, I interjected and complimented him on his English. Maybe I was one of the very few tourists who had ever done that. Being a translator and having done a degree in E.S.L (English as Second Language), perhaps I was more aware of it.

In any case, it seemed to stop him in his tracks.

He was grateful for my compliment.

After he said ‘thank you’ I asked him:

‘How come your English is so good? Where did you learnt it?’

But he didn’t answer my question as I had expected.

‘From the Americans’ he said.

It was a strange turn of phrase whose import I didn’t understand for a moment: not ‘in America’ but: ‘from the Americans’.

Then the coin dropped.

This was interesting, least ways for me.

If Than was 71, that meant he was born during the Japanese occupation of Vietnam and it meant that he had grown up during the most turbulent time in Vietnamese history: the return of the French colonialists and the ensuing war between they and the Vietnamese Communists, followed by the escalating American presence in South Vietnam during the late 1950’s – especially in Saigon  – and the Vietnam War.

The man had experienced much. Never could I have guessed that this was a good part of the explanation of how he had become such a football fanatic.

Than assumed that westerners loved football as much as he did and so he subjected them to a verbal avalanche without bothering to find out whether they shared his interest or not. Now he found himself in an unfamiliar situation: of being on the back foot so to speak, subjected to a round of inquiries from a westerner who was interested in the war, not football.

In my own way, I was almost obsessed as he was. The Vietnam War had been an important event in my life, something I could remember well as a kid. Over the years, I had read up a lot about it; fiction and non-fiction.

I began making inquiries. I wanted to know about his life. Most people, in my experience, appreciate a tourist showing interest in their lives. But some don’t – and some, like Than – are very selective in what they say.

Initially, he seemed pleased about my curiosity, my questions.

‘Ah! I can see you’re interested in history’ he exclaimed.

He gave the impression that he was also interested in history.

Could he afford to truly confide in me, a foreigner?

He had to be careful.

Vietnam was a police state and the communist party made sure that anyone who challenged its version of history, especially the glorious triumph of the ‘Vietnamese people’ over the evil American Imperialists, had to be punished. Than knew only too well what punishment might involve.

It took me a few breakfasts to understand that behind an old man’s obsession with the football was a lot more than met the eye. He was reliving his dream. It had taken a long time – a lifetime – to get there, to return there – and he was not planning on ever leaving it again.

The game was all he had and all he wanted….