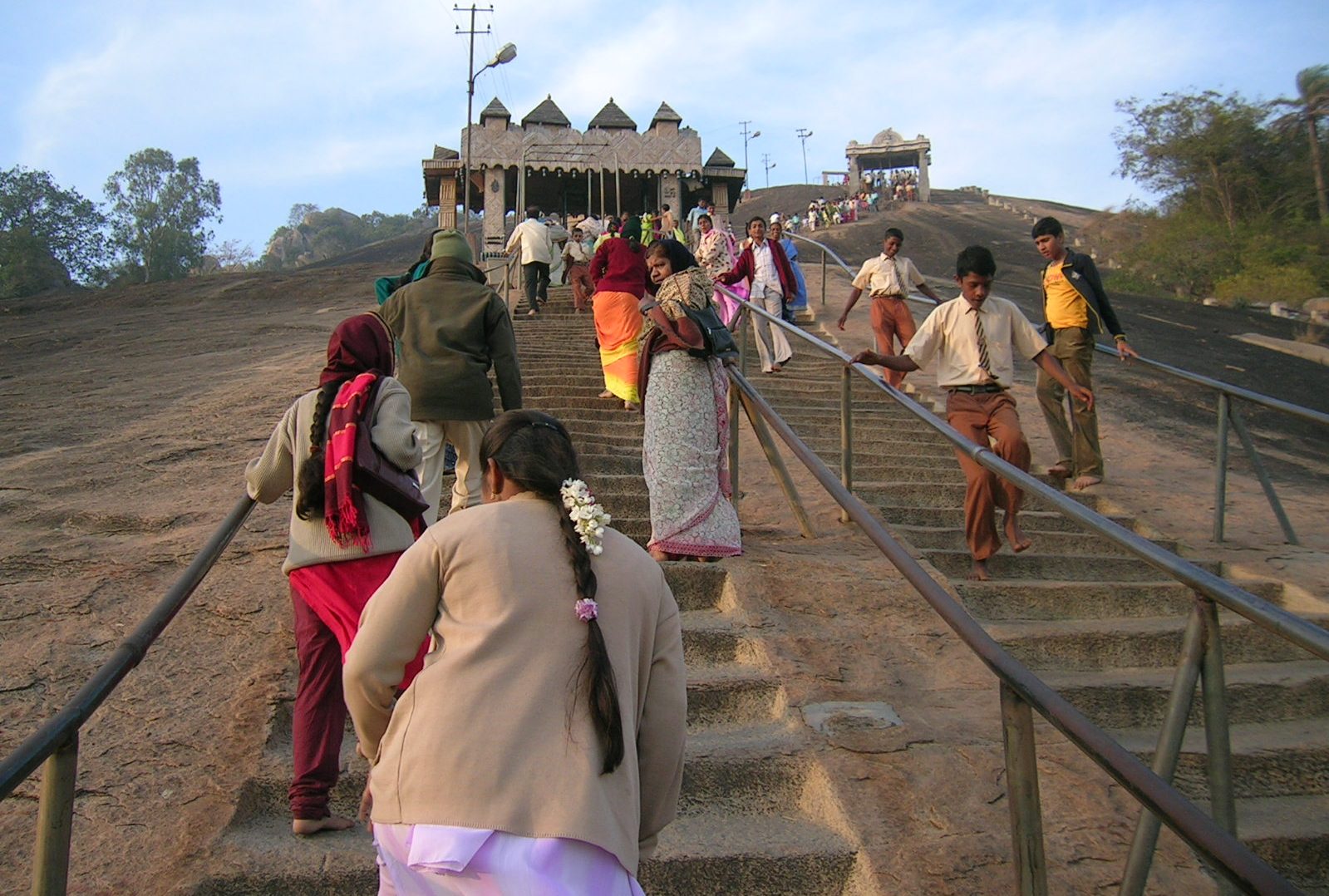 At first light there he was, that old man

Peanuts piled on his trolley

In preparation for the holiday to commemorate God

When street vendors could expect to make extra rupees

Standing behind his tiny bicycle-wheeled trolley

The mound of peanuts before him

Promise of extra income for a man used to

Watched him that bent old man in his cotton kurta

What was his story?

How had he ended up here?

Every one of them had a story

None of which I would ever hear, separated as we were

By place of birth

The difference between a temporary stay in a strange land

And a lifetime spent on the street.

In the evening when it was cooler

I saw him again

When I bought a bag of those peanuts

The street was noisy, crowded, a seething mass of faces and voices

Illuminated by the few street lights which still worked

The air was foul with fumes and smoke, like a low hanging mist,

As I handed over a few coins for a bag of peanuts,

I saw he and I, each of us standing on one of the iron dishes of the scales

and I tried to work out why those scales tipped

So crazily in my favour

Maybe he believed in karma, in God, in some kind of design

Me, I saw nothing, no justice, no design, no intent,