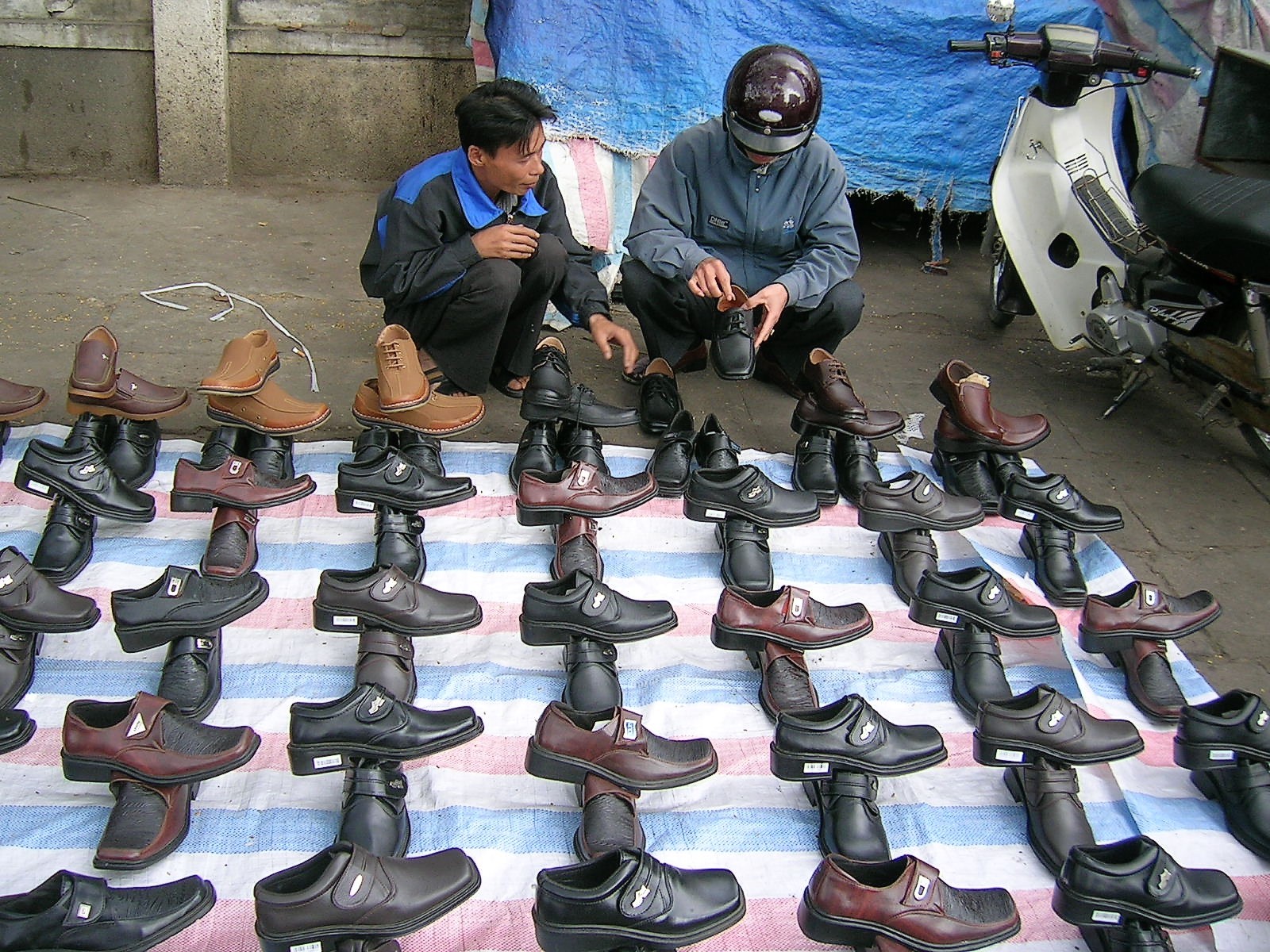 On the shores of Lake Albert, where we pitched our little dome tent, water birds were in abundance– pelicans, water-hens, ibis, and black swans.  Lake Albert was big. Standing on the shore and looking out, it seemed like an inland sea rather than a lake. The flat watery horizon was endless.

When drought came, as it always did in this country, Lake Albert, so vast, turned into something more like a pond.

It was a land of extremes.

On a bike ride east, we rode on an asphalt road with the lake on one side  and low dry hills on the other. We rode as it were between a Great Wet and a Great Dry.

Then we left the asphalt road and began riding over an unsealed road which went deep into the Great Dry.

The road was limestone and pock-marked with deep craters but there were long narrow areas in between, which were reasonably flat. There being no traffic, we were free to seek out the flat areas on either side of the road. We passed long, low slopes covered in grey-yellow stubble, extending away into the infinite horizon. There were dried up salt lakes, areas of flat, shimmering salt, resembling ice, edged by moss- like formations of samphire plants. In some places, the emptiness was broken by gatherings of small trees at the sides of the road – where we occasionally stopped to rest in their precious shade and drink water.

Sometimes we passed abandoned farmers’ homes, lying there like bones in a dry creek.

They were old, built in the English colonial style.

Hard to imagine anyone trying to make a living out here.

Well, in the end, they couldn’t; they were broken by this hard land.

On the evening we met Bob and Marjory at the Lake Albert caravan park, Anya and I had got back late from a long bike ride. We were returning to our tent after having a shower. Bob and Marjorie had turned up late that afternoon and parked their caravan away from the rows of other caravans and down at the end of the caravan park, near the small area which was reserved for unpowered sites – and where we had pitched our tent.

They were sitting outside on camping chairs, looking over the lake. Bob had a pair of binoculars in his hands and watching the water birds and as we walked passed them,

Bob put down his binoculars and said ‘G’day! You the people in that little tent?’

We stopped and began making small talk – intending on only stopping for a few minutes.

Bob was slender, had a lined face and a shock of bristly white hair. He was must have been in his late 70’s. He did the talking. Marjorie was younger, had short, thin, brown hair and was pale and unhealthy looking. There something wrong with her. She was silent and stared into space.

When Bob mentioned that he and Marjorie had parked their small caravan in the morning and that afternoon driven out to visit the ‘old place’ as he put it – the house they had lived in 30 years ago – and we realized that the ‘old place’ was on the long, unsealed road Anya and I had ridden over a few days before, our curiosity was aroused.

We forgot about the stuff in our hands and began asking him about the ‘old place’.

He was not a talkative man. He measured his words.

‘It got too hard. You mentioned the water. Yes, water was always a problem. We had rainwater tanks and a bore, but when the drought struck, water was pumped out of the lake. You can’t do that anymore. Against the law. In any case, water out of the lake cost money and we were always pulling up short. We had electricity, but no telephone, no TV, only a radio. Never an extra dollar to buy something nice and we had three kids. We were working, working, every minute of our lives, every day, never stopped…..in summers it was hot and there were swarms of flies and mosquitoes. No air conditioning, only a fan. In winters, we’d get these terrible winds and storms. A wood stove to keep out the cold. Getting up in the dark to start work. We couldn’t make a go of it but we didn’t want to leave. We were both born and bred in the country. A family farm…you don’t just walk out on it, you can’t.

I joined the local police force. We needed a regular income. Had to go to Adelaide for 6 months for training. Marjorie was alone on the farm with the kids. I got a posting nearby, well, nearby by in country terms, but I had to travel a lot. I came home on the weekends and sometimes during the week. It got too much for us. I got a posting in Adelaide. It was damn hard to leave. Marjorie and I put everything in the car, kids in the back, and drove off. Shut the door on the old place and drove away. We had tears in our eyes. Hard thing to do, knowing you’ll never see the place again. Three generations of my family had lived in that home.

Within weeks of being in Adelaide, we realized that we were much better off. Life in the suburbs was easy. Everything close at hand: supermarkets, doctors, hospitals, schools. TV, going to the movies, record player, telephone…But we were still different. We were living in the suburbs but we were like fish out of water. We were well, like immigrants. We couldn’t go back, we did our best to forget,  but the memories were always there. You can’t live on a farm out in the country all your life and then come to the city and forget the past, especially when you’re older.

‘The kids adapted but even they still had plenty of memories. They only remembered the good times, like kids do. That’s the difference. They’ve got good memories, but we remembered the hard times.’

So you went back there today? What was it like?

‘We drove out there and I could feel my heart beating inside my chest. I was preparing myself for the worst. But the old home was still there! Almost the same way we left it! I was very surprised about that and very happy. The bloke owning the land told me that my kids and grand- kids could come out and have a look around whenever they wanted…’

Your grandchildren are interested in seeing the home too?

‘Oh yes! I hadn’t expected it. You know kids these days, what with these new- fangled phones and Facebook and all that. But yes, they want to go there. ’

We said goodbye and continued our trip to the tent.

On the following morning, I slept in.

Bob and Marjorie had left. They had only stayed one night.

Anya however had an anecdote to tell me. She had got up early and gone to the amenities block, where she saw Bob and Marjorie outside the entrance to the women’s section.

‘Bob was dressed in trousers and shirt but Marjorie was in a dressing gown. She was holding a tooth-brush in one hand and pointing it as if it was a torch. Bob explained to me that she was suffering from advanced dementia. Normally he showered her, but in this situation, he obviously couldn’t. So I showered her. Once she had the toothbrush in her mouth she seemed to know what to do with it. All the time Bob was nervously standing outside, yelling through the window to Marjorie. It was so sad. He was so grateful when I brought Marjorie outside.

When Marjorie was diagnosed with dementia, Bob was determined he would look after her and nurse her to the end. He felt guilty about all those years she was on the farm on her own. But he said that looking after Marjorie had got too much now. He’s 78. He feels as if he’d been beaten again, like when he left the farm.

His kids had been telling him to put Marjorie in a home and so now he’s finally decided to go along with it. He brought her down here to take one last look at the old house…. he told me that when they walked into the place, Marjory’s eyes lit up.

She remembered it. It was as if her dementia vanished. For a short while she knew where she was. That was great for Bob. Very sad though. Bob said that this was his last goodbye to her.

When they left that old home, she lost herself again…..’

One thought on “Hard Land”