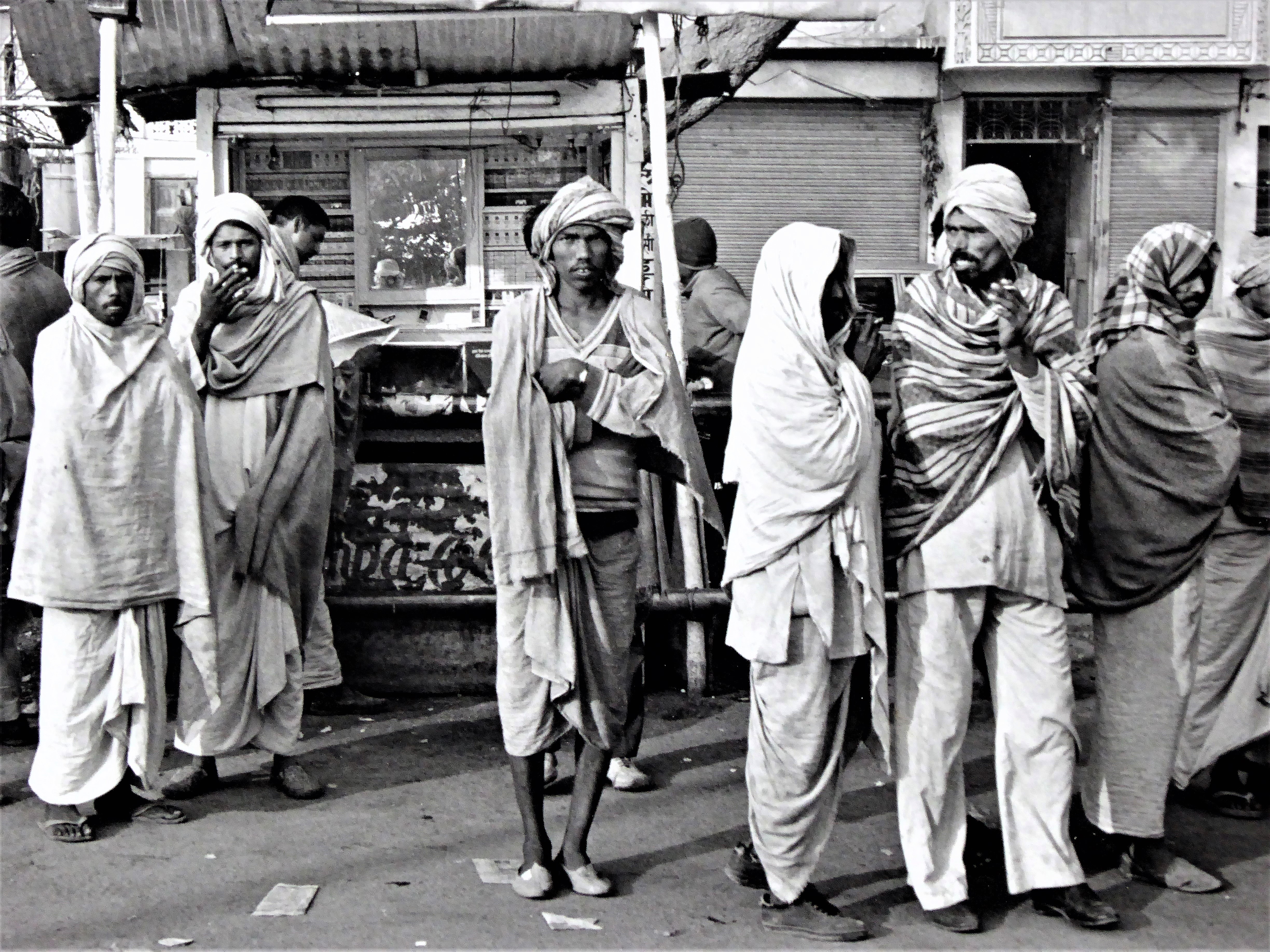 It took over two hours to get to the airport. Distance wise it was nothing. Most of the time we were stationary or crawling. A part of a conga line of metal and glass canisters and belching exhaust pipes.

We got to see a lot of local life, first hand.

People sitting all day behind the counters of micro stores. People sitting on the sidewalks staring into space. Shacks. People sleeping on pieces of cardboard. A woman who was intellectually handicapped, sitting on the ground with her head tucked into her bunched-up knees, rocking back and forth. Barefoot kids playing games with bits of can and a stick.

Yeah, local life. It was heart-breaking.

He asked us where we’d been to during our stay in The Philippines.

‘Leyte? You were in Leyte?’

‘Not many tourists go to Leyte.’

‘You go to Tacloban?‘

Tacloban, the capital of Leyte, was in the south.

‘North? Typhoon up there.’

‘Yeah, we got there two days after the typhoon hit.’

It hadn’t been our intention to travel to a disaster area.

The fact was, we hadn’t known anything about it.

At the guest house where we were staying before we left for Leyte, on the south-east coast of the island of Bohor, there was no TV and no internet. It was the day after New Year’s Eve when the typhoon ravaged north-east Leyte. I could remember the day clearly. In the afternoon, heavy cloud moved in over the ocean horizon, followed by continuous torrential rain. Late in the afternoon, a heavy mist set in and visibility was down to 100 metres. That night, lightning and strong winds and torrential rain battered our hut. But unknown to us, the eye of the storm had been a couple of hundred meters to the north, where our next intended destination lay.

Arriving in Leyte on the ferry, we took a mini bus to the town of Ormoc, stayed a night, and then on the following day, took another mini bus north to a town called Naval. The trip to Ormoc was over a flat road following the coast but the one to Naval was through jungle covered mountains. It was on the last leg of the journey to Naval that we realised that something bad had happened in this area. Whole areas of the jungle had been ripped out leaving behind a wasteland of mud and water and broken trees. Down in the valleys, villages and rice paddies had been swept away. We saw the wreckage of houses and deep cavernous trenches.

The mini bus had to stop a few kilometres outside Naval. A section of a bridge across a river had been destroyed. We had to join hundreds of people who walked across the ruins of the bridge and then, through deep mud. The river was a meandering, shallow tract of water but only two days before, there had been so much water coursing down from the mountain sides that the river had engulfed the entire bridge.

For a while, we talked to the taxi driver about the destruction caused by the typhoon in the north- east of Leyte. He seemed to know a lot about it. He quoted a run of statistics: how many people died, how many were left homeless, how many hectares of rice paddies had been destroyed.

I assumed that the typhoon had been in the news and that he had seen it on TV.

Anya asked him: ‘Do you think Leyte is in a worse climatic zone than other islands in The Philippines?’

‘Oh sure. When bad weather hits the Philippines, it’s always worst in Leyte.’

He was emphatic about this.

It was possible. We weren’t exactly experts on the matter.

He laboured this for a while. He seemed to have a special interest in Leyte.

‘This typhoon though, it wasn’t as bad as typhoon Yolanda.’

Yolanda. We knew about that.

‘Yeah’ I answered, ‘Typhoon Yolanda was one of the worst typhoons ever.’

Yolanda: 2013, Anya and I in our little apartment in Rotterdam watching the images and reading the reports of that terrible typhoon. Winds of 200 kilometres an hour.

A short silence before he continued:

“My wife and I were living in Leyte. We lost everything….’

He recounted the following details in a dry, matter of fact way, in between stops and starts in the traffic.

‘My wife and l were born and raised in Tacloban. We had land outside Tacloban. We grew bananas and coconuts. I managed the property, my wife worked in Tacloban. She had a university degree. Her job was to read English texts and correct them. She got good pay, 50,000 Pesos a month (200 Euros a week, a good wage in The Philippines). We were doing well. We made good money from the bananas and coconuts. We built a new house made of concrete with 3 bedrooms and a big lounge. Our two children were very happy. Then came typhoon Yolanda. We were scared, everyone was scared. We prayed to God. The wind got stronger and stronger. Whoo! whoo! like this. I will never forget that noise. Then came the rain. Like stones hitting our roof.

We survived. Our house was very strong, Many people living in wood houses were left homeless. Everywhere you looked there was destruction. We lost everything. All our trees were torn down. Only the stems were left. Everywhere you looked there was pieces of tree and mud. My wife became depressed. She couldn’t recover. She lost her job. She wanted to go to Cebu city where her family lived. She didn’t want to stay in Leyte. So we came here. Then she got diabetes. She needs special medicines. I’m the only one who can work. ‘

It was hard to know what to say on hearing a story like this.

I gazed out the window aimlessly, perhaps looking for a distraction.

I saw people struggling to exist: sitting behind the counter of a small stall all day and much of the night; carrying heavy sacks off the back of a truck; sitting inside a shack and fixing motor bikes or filling bags or performing one or another dull, repetitive mindless task, day in, day out.

The taxi driver, sitting behind the wheel of a modern Korean vehicle with air conditioning, was, it seemed to me, just another member of that large, poor, suffering mass of people I could see out the window.

He told us: ‘Not all is darkness. There is also light.’

Where was his light?

He was paying off the taxi he was driving. In another 2 years, it would be his. He had ambitions. He wanted his kids to get a good education and speak good English. He prayed everyday to Jesus. He loved Jesus. His wife had lost her belief.

Shortly before we pulled up at the airport, he gave another reason for feeling positive about himself.

‘I’m a Filipino. Not matter how bad things get, we can always raise a smile.’

There was not the slightest doubt about that.

They were amazing people.

It was a humbling experience being in that taxi.

It stayed with me long afterwards.

Postscript: A day later, in our hotel in Kuala Lumpur, I googled ‘Yolanda’. One of the first ten hits that came up was ‘Tacloban’. I clicked on it and found a report in an English language Filipino site. Yolanda had devastated much of the Philippines, but Tacloban had been in the eye of that of devastating event.

I thought of our taxi driver and his wife.

Images of The Philippines: https://serioustravelimages.com/category/the-philippines/