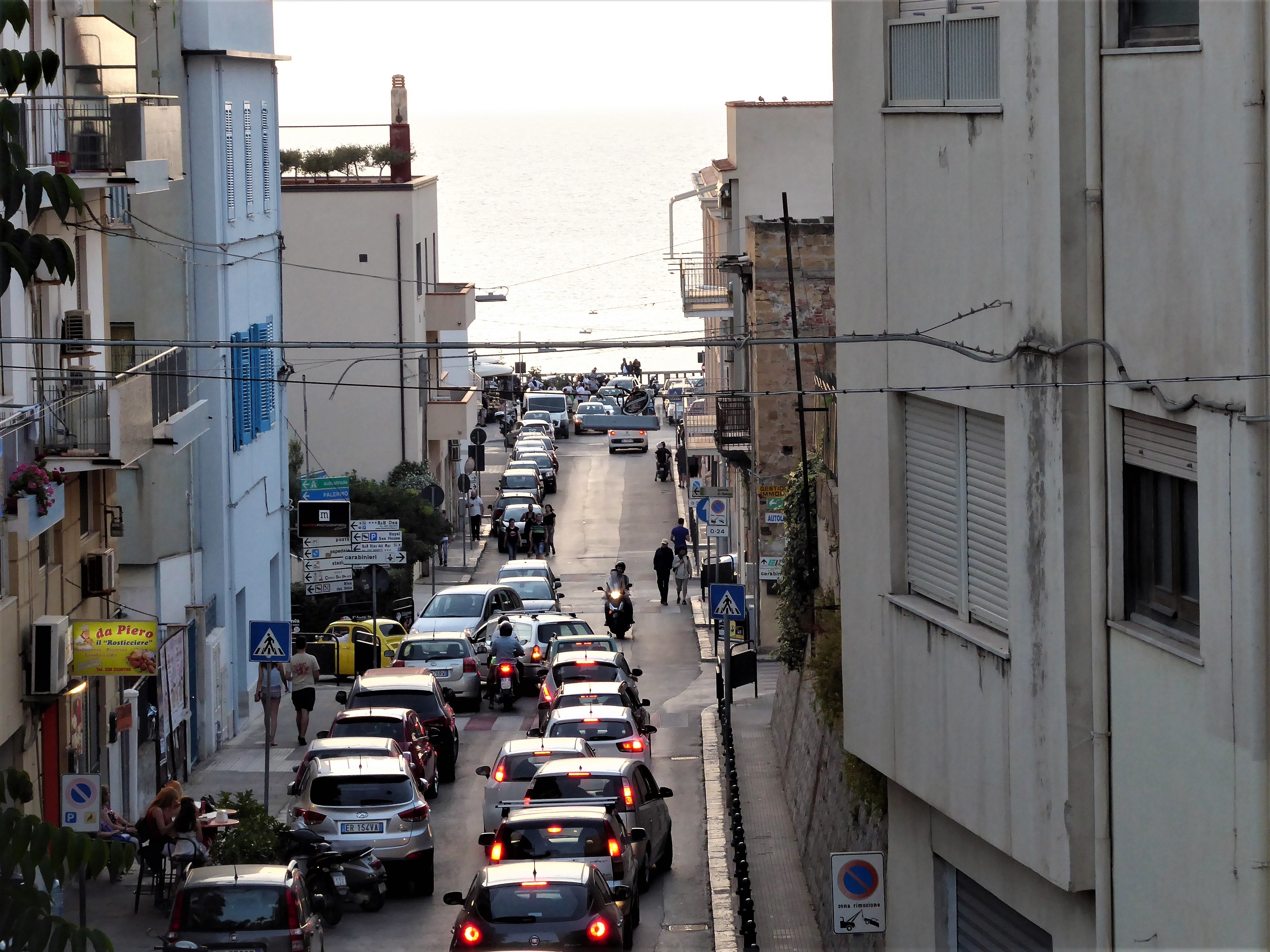 It happened after I read a novel.

It entitled ‘The Fountainhead’ and it was written by the American writer and philosopher, Ayn Rand.

The hero of ‘The Fountainhead’ is a man named Howard Roark. To all extents and purposes, Roark is an unlikely figure for a writer to turn into a hero.

He is an architect.

But not just any old architect.

Roark has a vision of building an America which puts him at odds with his profession – and powerful forces in American society. He is totally committed to modern architecture; a vision of cutting-edge designs using the latest materials and technology to create new forms and new structures. At a time when mainstream architects are striving to incorporate classical elements, borrowed from ancient Greece and Rome, into their designs, Roark is an iconoclast. He wants nothing to do with classical ideals of beauty borrowed from the past. He is striking out on a completely new path and he is not prepared to make any compromises.

A book of 700 pages about an architect would not seem to have been a recipe for literary success, especially at a time when America had far more pressing concerns: it was fighting a war on two fronts, the Japanese in Asia and the Germans in Europe.

But Roark was a part of an epic story about Good and Evil, about a war of values going in the soul of America and so at the time of its publication, ‘The Fountainhead’ was very relevant to the destiny of a country which was about to become a pre-eminent super power; a nation which would decide the destiny of Japan and Western Europe – and also become embroiled in a Cold War against international communism.

Roark symbolises the quintessential American individualist. He is a forerunner of Silicon Valley.

Roark’s ideas about architecture are bitterly opposed by powerful interests which regard him as a threat to their vision of America. Leading the way in the campaign against Roark is the Machiavellian figure of Ellsworth Toohey, a brilliant intellectual, architectural critic, and popular celebrity, who also writes a widely read column in a mass tabloid. Toohey, loosely based on the doctrinaire British socialist Harold Laski, is Rand’s personification of Evil.

He styles himself as the representative of the will of the masses. His vision is of an egalitarian paradise where the capitalists are no longer free to exploit the masses and manipulate the government.

What really drives him however is the desire for power.

He seeks personal power over those around him and he seeks broader power over the ideological architecture of America. He promotes the ideals of altruism and humanity but behind these seemingly laudable ideals is a sterile egalitarianism based on eradicating competition, personal personal initiative and individual genius. His aim is to reduce everyone to the same level whilst installing himself and other like-minded people in positions of authority. Toohey detests Roark because he recognises what Roark symbolises – even though ironically, Roark himself doesn’t.

In Toohey’s idea of America there is no place for free wheeling individualists and so he strives to destroy Roark.

For much of The Fountainhead, Rand’s hero, her great man, is a loser. He is not prepared to strike any kind of compromise with mainstream architects and as a result, finds himself leading a marginal, hand-to-mouth existence. Ellsworth Toohey and his cohorts are supremely successful in stifling Roark and all that he represents. Whilst others, such colleague Peter Keating, become fabulously rich by following the accepted trends, Roark sinks into poverty and at one point has to give up being an architect and go and work in a slate mine. No matter how hard life becomes, no matter how much he is ridiculed by others, he refuses to compromise his vision. Rand’s individualist then, is not a free-wheeling capitalist entrepreneur (like in her later novel ‘Atlas Shrugged’); he is a man of  integrity and one condemned to ridicule and obscurity.

Reading ‘The Fountainhead’ I found myself identifying with the underdog – the author’s intention of course – which was perverse given that I’ve never really had any time for modern architecture or for that matter, free market capitalism. I was actually glad, near the end of the novel when Roark triumphs against his enemies and wins a contract to design the biggest skyscraper in New York.

Good being that ultimate temple of modern architecture: the skyscraper.

About the most unlikely Roarkist ever.

At a certain point, I wondered about how Rand had come up with the idea for her novel. This led me to hunting down a few biographical details about her life. What I discovered was this: that the skyscrapers in New York had played a pivotal role in her life – and in the development of her philosophy and her creative imagination.

Rand was a Russian Jew who grew up during the most tumultuous years in that nation’s history: the ousting of the Tsar, the establishing of a liberal democracy and then he overthrow of democracy by the communists led by Lenin and after him, Stalin.

As a young woman of enormous intellect, Rand identified with liberal democracy and was dismayed when it was so brutally swept aside by the communists. With the rise of Stalin came the single most defining event in Rand’s life. Her father was a pharmacist – a so-called ‘petit bourgeois’ – a man who had studied and set himself up as a small businessman. He was forced to hand his business over to the state. Rand grew up under the long shadow of being a Jew, the daughter of a bourgeois – and an enemy of ‘The People’. By this time Stalin’s secret police had begun their job of torturing and exterminating such enemies, whose ranks included millions of peasants who were opposed to collectivized agriculture.

There is no doubt that it was the sheer brutality of communism, personally experienced with the dispossession of her father’s business, which turned Rand into an implacable foe of communism.

In the following years, fascism reared its ugly head in Europe and came to power in Germany, Spain and Italy. As a Jew, Rand understood only too well what lay at the heart of European Fascism. She saw strong parallels between communism and fascism – between Hitler’s ‘National Socialism’ and Stalin’s ‘Socialism in One Nation’. Both systems were based upon the total control of the economy, society, and the individual, by the state. Underpinning this total state control was a brain washing system of propaganda which extolled the virtues of serving the collectivity; in one case of communism, the working class, and fascism, the race.

Both systems were based upon an collectivist morality which condemned western democracy and the spirit of individualism. For Rand, any system or social arrangement based on the masses was a recipe for tyranny.

In 1925 Rand departed communist Russia and head to America.

Like millions of other immigrants – and especially the universally hated Jews – Rand’s arrival in New York was a cathartic experience.

But it wasn’t the statue of liberty which moved her most – it was the skyscrapers.

The sight of those colossal buildings, the likes of which could be seen nowhere else in the world, which were unique to America, led to her ‘crying tears of splendor’. In the towering skyscrapers of New York, Rand saw the ultimate refuge from the murderous tyranny of communism and fascism.

What was it that made America so different – and so much better – than the rest of the world? Rand asked herself.

Why was this country free, stable and devoid of the brutal collectivist ideologies of the Old World?

Her answer was simple: individualism. In America, the individual was free to pursue his or her ambitions without being hindered by the state, by those who embraced ‘The Common Good’, ‘The People’.

For her nothing could symbolize American freedom like the skyscrapers of New York.

With ‘The Fountainhead’ in mind, I embarked upon a photographic journey around the centre of Rotterdam, the city I loved to hate.

Strange how it works: in the course of looking at Rotterdam’s skyline through a viewfinder (I always use a viewfinder and never a screen), I have to admit that I began to see why there were people who admired it.

Everywhere I looked, eye squinted behind a sophisticated piece of Japanese technology, I saw Howard Roark. His spirit, released from the lines of print on a page, loomed large in the innovative forms and angles of concrete, steel and glass.

Rotterdam was the city of Howard Roark.

Ayn Rand would have approved of it.

On second thoughts: would she have approved of it?.

The Netherlands was hardly the kind of society which she advocated in her novels and non-fiction books. It was one of the world’s most extensive welfare states.

Howard Roark in a welfare state?

A country based upon a compromise between Left and Right, the spirit of Toohey and Roark?

‘The welfare state is the first step towards tyranny’ she once famously quipped.

She was wrong about that.

She was wrong about a lot of things.

Ayn Rand was never able to see that unbridled capitalism had a shadow side to it, that no society which regards itself as civilized can be based upon Roark.

For her, there was no such thing as a middle way.

Yet there is a middle way.

In no other part of the world has egalitarianism been so systematically embraced as in The Netherlands and the nations of Scandinavia. They are proof that capitalism, individualism and social justice can be reconciled.

Yet none of these nations are set in stone. The questions and debates are ongoing. The relationship between the state and the individual, capitalism and social justice, remains as relevant as ever.

So the philosophical issues which Rand raised are still very much with us today.

‘The Fountainhead’ is a timeless novel which raises questions which go to the very heart of modern society and which perhaps explains why 70 years after it was first published, it is still being read.

One thought on “Rotterdam – The City of Howard Roark”