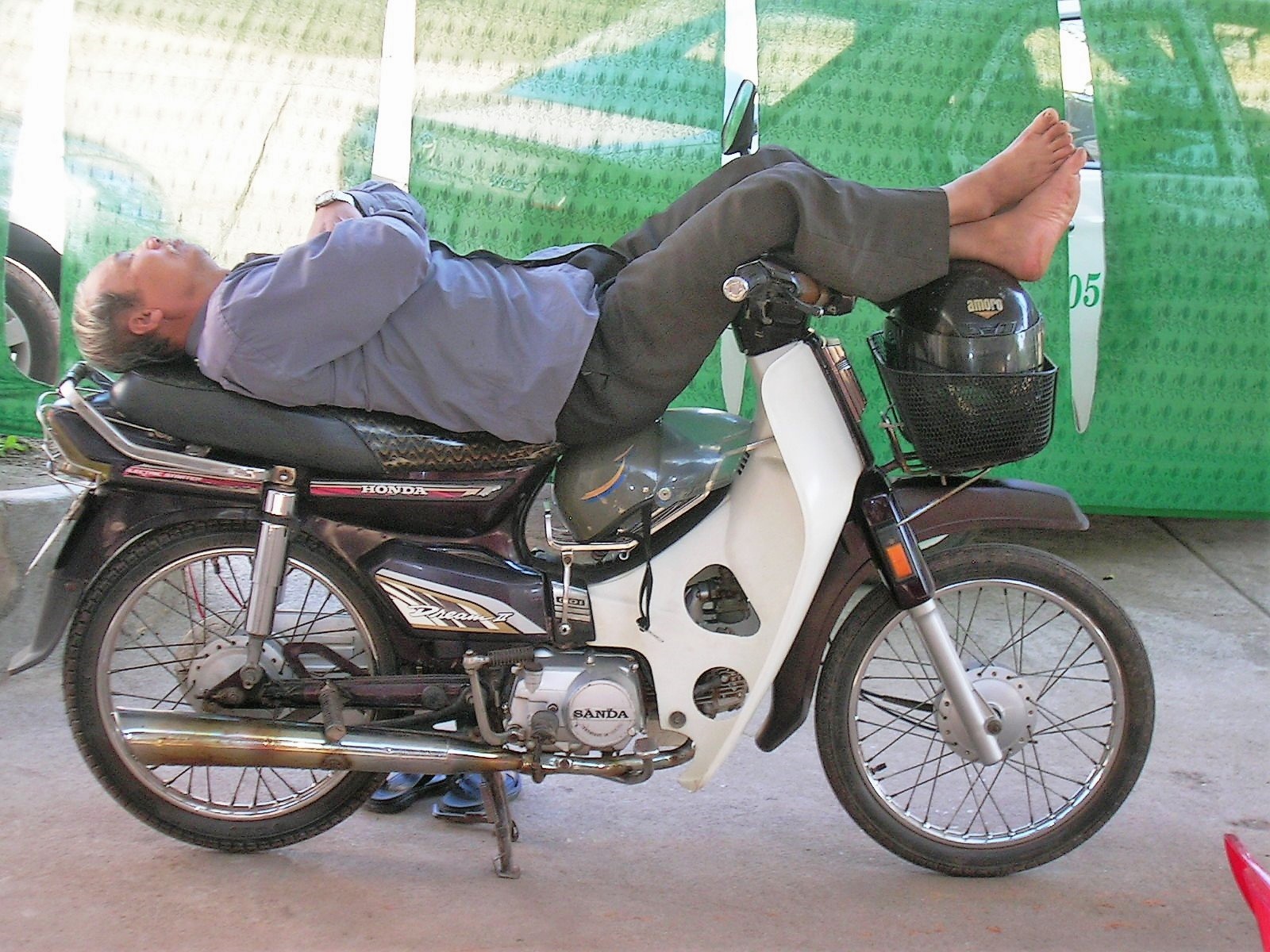 When night fell, along with the rain and the cold, we had a long day behind us.

We had ventured into a wilderness and got so lost that it was a miracle that we had managed, by great good luck more than anything else, to have found our way back to civilisation. And whilst that word ‘civilisation’ might be open to debate, on that night it was so disarmingly simple: survival.

It loomed up before us, like a mirage: a small railway station in the midst of the mountains of central Romania.

Light in a valley of darkness.

From outside it looked almost modern. A small, rectangular, flat-topped, white-painted building. But the appearance was deceptive, as we found out when we walked into the waiting room and approached the counter. It was actually a very old station, probably built in the early years of the 20th century when Romania was a part of the Austro Hungarian empire; it had been given a modernistic make over during the communist era.

The station was a hybrid of two bygone ages.

We had experienced history’s fault lines earlier in the day, never expecting there were more to follow.

It began with the station master: a woman. She was there on her own.

In these small railway stations, the station master was almost always a plodding middle aged man, carrying his dignity as if the world depended on it.

The woman was young and had a shock of thick blond wavy hair which hung down over her regulation dark blue uniform; her hat with its shiny badge was perched precariously on her well-endowed head.

After some sign language and an exchange of a few words in German across the ticket counter, we learned that next train didn’t leave for 2 hours.

She kindly suggested we come and sit in her office, where there was a log fire. It was an offer we couldn’t refuse.

We entered a room with faded, flaking walls and ceilings, illuminated by a lamp throwing a buttery yellow light. The station master’s desk, a large old wooden vault like structure, was covered with dog eared papers. In the middle was a large black Bakelite telephone with a long cord. Even though I had grown up with using the old style telephones (and telephone books), I had no recollection of having seen anything like this; it was, I suspect, something my parents might have recognised. The dial with its finger holes and numbers seemed huge; the receiver large and ponderous. Did it  belong to the communist or the Austro-Hungarian era?

Nearby was a large table with a model of mountains and valleys and a painted line indicating a railway track and large circles indicating the switch points.

We sat there. We had nothing to do.

After a life and death struggle earlier in the day, we now found ourselves suddenly becalmed like a galleon on the Sargasso Sea.

No conversation was possible with the station master, so with time on our hands, we studied what she was doing.

Periodically, the phone rang – and what a ring! – she listened for a while, hung up and then walked over to the table with the model of the mountains and then picked up the phone and rang and spoke.

It took us some time to work out how this antediluvian system worked.

There was one track. At other stations there were switch points, where trains either entered or departed. Obviously this system needed to be closely coordinated to prevent disastrous collisions. Information about which trains were due on which switch points were relayed to her via the big black telephone and then afterwards, she would relay the information to the other stations.

With the huge dollops of time in between the phone calls, she took out a smart phone and conducted long conversations. Seeing the smart phone in the setting of that room, more akin to a museum, was incongruous to say the least. A few conclusions could be reached. The station master was a modern woman, probably hailing from a big city, working in a small regional station. Between her and the system she was working for was the passing of at least a century and it was fair bet that she had had no experience of communism, let alone the Austro-Hungarian empire.

The dislocation of time periods on display in this confined and ill lit space reminded me of the scenes we had witnessed in the flaring sunset of the mountains that very afternoon – and how long ago that seemed! – villages where people were still living in a pre-industrial landscape.

During a break in her talking on a phone – either the old one or the new one – she came over to us with a tablet and held it in front of us and began scrolling images. First the smart phone and now a tablet – in this place!

Anya and I were used to communicating with people with whom we had no common language by mimicking and hand gestures – but never before with images on a screen.

She had travelled during the summer. She wanted to show us her vacation photos. She had evidently gone to stay with a friend or her sister who was living in ….The Netherlands.

She had no inkling that we lived there. We hadn’t even exchanged names.

We saw photos of well, a landscape we knew only too well: polders dotted with cows, canals,  dykes, a neat well-ordered landscape, towns with old buildings…..we did our best to appear to be impressed. This might have been the first and only time she had left her country.

What made a huge impression on her were the drawbridges.

She showed us what seemed like an endless number of drawbridges, of various sizes and models (depending on the size of the canals). Her prize scene was a video of an entire section of road together with traffic lights rising into a near perpendicular angle to allow a barge to pass down a canal. She replayed the video several times.

I don’t think we managed to be as surprised, as overawed, as she had expected.

For us drawbridges were unremarkable. We lived in that water land. But for someone hailing from a mountainous and landlocked country, the Dutch drawbridges might be viewed differently.

When she showed those scenes of the drawbridges to Romanians – and especially the locals in Manipas Bai – she must have been greeted with reactions of surprise bordering on disbelief; the same reaction on our parts which we experienced when we saw some of the things which they took for granted, including their local railway station.

When confronted with scenes from places a long way from home, all of us became travellers.

By the time we reached Baile Tusnad, the rain was torrential. We had our ponchos with us and put them on before we got down off the train.

The station was quite different to the one at Manipas Bai; built during the communist era, probably for party functionaries and their families on summer holidays, it was a large, sterile, cavernous place.

There was no one there. The ticket office was closed.

Crossing the hall and opening the hefty doors, we emerged into the dark and rain – and in the yellow orb of the light outside the station saw something which stopped us dead in our tracks:

They were going through a line of rubbish bins outside the station.

They were big animals.

That morning, the owner at our guest house had warned us about bears. He spoke only a few words of English. Whilst demonstratively imitating a bear and taking a few steps and growling, he concluded this pantomime with the injunction:

The idea was we were supposed to make noise whilst walking in the mountains to warn the bears of our approach.

Having seen bear skins and bear heads on the walls of a local café, I had regarded this bear talk with some scepticism. During all the hours we had been in the forests and woods during that long day we had not seen any bears.

Now there they were, right in front of us.

We retreated inside the station and decided that the safest thing to do was to follow the railway track for a way and from there, walk up to the road and follow it up the mountainside, instead of taking the trail that went through the forest – and was much shorter.

It was surprisingly difficult to follow the road as it zig zagged up the mountain slope. There were no lights, the forest encroached upon the road from two sides and the rain was blindingly heavy. And we didn’t have our torches with us because we had planned to be back in the afternoon, not late at night.

It was a slow journey.

We finally reached our guest house but there was no one at the reception desk.

Our room was locked. The owner had kept our key that morning to clean our room.

Where was the owner?

Then we heard a noise coming from behind a door near the reception area.

We found him in a large room with a bar and table and chairs – completely empty – watching TV. On the walls were the heads of deer, bears and wolves. It was a sort of communal dining and relaxation area which we didn’t know existed.

He turned off the T.V. and approached us.

He had been waiting for us all night.

In his broken English he said: ‘Big walk you!’

Yeah, you can say that again.

We went back to the reception desk, got the key and went to our room.

After a long shower we finally got to bed.

Not me. I was wide awake.

The long day and the long night continued into the early hours of the morning as a kaleidoscope of images streamed before my mind’s eye….