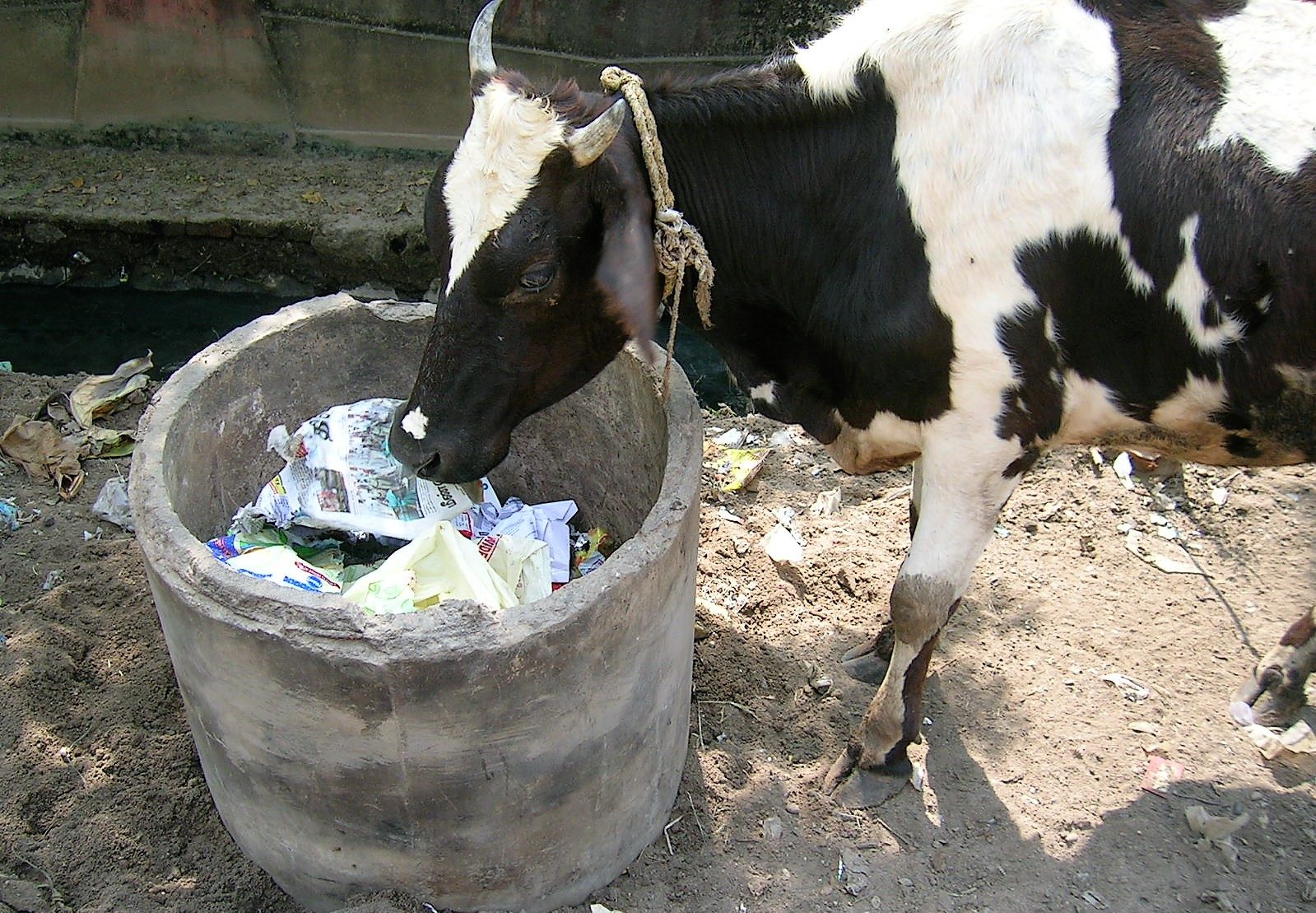 Eat in or Take Away

They´d been there for 12 years.

A middle aged Indian couple and their teenage son.

There were many Indian restaurants in Adelaide and a large Indian community. But at the popular beach side suburb of Aldinga – a good 40 kilometres out of the CBD – there was one.

And it was a good one.

The Aldinga Bay Café became well known and highly regarded, but that didn’t offer any protection on the night when the police turned up ……

The father worked in the kitchen – with a cousin as a helper – and the mother served at the tables and made small talk with the customers. Often dressed in bright coloured saris, she seemed like a tropical bird. Their teenage son was usually behind the counter in the evenings and weekends, working the till and handling the take-aways. Having grown up in Australia, his English was perfect. He was a gentle, easy going guy, no hang ups, no pretensions.

There were certainly more sophisticated Indian restaurants around town than this one.

Established in a former fish and chips shop, it had a hard vinyl floor and 6 simple tables and chairs and few basic wall hangings on the painted breeze blocks walls .

But the food was something else.

Having visited India  at least a dozen times and travelled in every region of the country, we were somewhat familiar with Indian cuisine.

So we were regular customers.

On a night in March, the teenage son died in a car accident.

It was near where we lived, in Normanville, which was about 30 kilometres south of Aldinga. We knew the road well. You had to be careful driving at night. This was right out of the suburbs, in hilly rural country with areas of dense bush. The road wound back and forth and in places there were sharp bends. At nights there was no illumination and kangaroos were a problem. Mesmerised by car lights, kangaroos were prone to jumping in front of cars, which was invariably fatal for the kangaroo and sometimes for the driver of the car too.

It was a terrible shock to see the report of the accident come up on the phone, along with a photo of the young man cradling a small dog and mention of the Aldinga Bay Café.

Of all the things that can happen to parents, this was the worst.

The Café closed for two weeks.

Flowers and cards piled up at the door.

Anya and I were in a quandary what to do. We were hesitant about going there and offering the grieving couple our condolences, like so many other people had assuredly done. It was a well- intended gesture but didn’t help the grieving parents, just forced them to revisit the nightmare they were struggling to deal with.

Then one day we did visit the cafe– and regretted not having gone earlier.

It was lunch time and the place was empty. Evenings was the best time for the Aldinga Bay Café. It was when the take away orders came in and guests turned up at the restaurant and ordered wine, beer or spirits, with their meal.

We were met by a young man who we had never seen before. He was probably a family relation. He rather cheery but most insistent that we sign in. Which we did.

The husband who normally was confined to the kitchen came out and recognising us said:

‘Good to see you again and so on – have you signed in?’

His wife was nowhere to be seen.

In Australia it had been made obligatory to sign in – either with the QR code via the phone or writing down one’s name and phone number on a sheet of paper – to assist with contact tracing. No matter where one went, be it a newsagent or the chemist or shop or restaurant, one had to sign in.

In other western nations, particularly in Europe, this system could not be implemented and certainly not made mandatory due to privacy concerns.

We had just finished our meal when another couple turned up who we had met there before. We got talking and I soon realised why the father and his assistant were so nervous about customers signing in.

Two nights before, the police had stormed into the café, one from the front door and two from the back (as if the people dining there were criminals who, given the slightest chance, would try to escape). The police checked to see if everyone had signed in. If they discovered someone who hadn’t, then the Indian family would be fined 4000 dollars – and not the customer.

And they did find a guest who had not signed in.

As the couple related this incident to us – it had left them in a state of shock – I thought to myself:

What the hell was going on this country?

In Australia it was not only the mandatory to sign in wherever one went but furthermore, the police were charged with enforcing compliance.

Three police personnel had been sequestered to raid a small family restaurant and harass the owners and the guests (how many guests, 5, max 10?) and at night – and leave them with a 4000 dollar fine.

Oh yeah, just what the family needed after losing their son and having their restaurant closed for two weeks.

How had we sunk to this level?

I wasn’t an anti-vaxer. I’d had my first shot and was waiting for the second. I knew that this was a bad virus.

But how far were we going to go in the fight to defeat it?

Were we going to sacrifice our sense of decency, all our freedoms, everything we were supposed to stand for?

Over the following days I mulled over this incident, turning over the why’s and wherefores, unable to find an answer, leastways one that I felt comfortable with.

The cops didn’t ask to do this job. On the contrary, the police union had complained about it: this was not what they had been trained to do. They’d been ordered to do it by the state premier and his over- zealous health minister.

So the police were following orders.

The orders of a state premier who like the other state premiers and the Australian Prime Minister thought only in terms of vote banks and how to exploit the paranoia to win the ratings battle. Their message was simple:

‘In order to protect you, we need to curb the freedom and rights you once took for granted.´

Dictatorships are invariably based on ‘protecting our people’ against hidden and surreptitious enemies. Hitler had the Jews, Stalin the capitalists.

Fear and paranoia are the eternal accomplices of dictatorship and legion are the examples throughout history of people choosing dictatorship above freedom in order to be safe from an external threat.

In Australia, it was hard to find any considered discussion of the issues involved.

The media sensationalized the virus outbreaks as if they were portents of an impending apocalypse and the politicians competed to see who was the toughest in protecting their constituents. State governments assumed powers they had never had before and saw their approval ratings soar and there was no guarantee that they would ever relinquish them in the future.

In the meantime, too many Australians became mean and small.

‘Dob in the transgressors. Vilify those who break the rules. Use the police to enforce compliance. ’

The get tough mentality was a vote winner but it offered safety only as long as the vaccines were in development. Once vaccines appeared and mass production was up and running, Australia was left behind.

The roll out of vaccinations in Australia in comparison with the other western nations was lamentable. Even when vaccines became available, there were comparatively few people interested in getting vaccinated. The public had been lulled into a false sense of security by politicians who had never made vaccinations a top priority; who had focused their energies on imposing restrictions on our rights and freedoms whilst pandering to the fear and parochialism.

It was only after an outbreak in Melbourne in early June that suddenly, people realised that they needed to get vaccinated; that this was where true protection lay. The only catch was, there was a chronic shortage of vaccines and few venues made available for a mass innoculations.

We saw her when we went to pay. The mother.

She was sitting at a small table near the counter eating lunch with her husband and the waiter. They were speaking Hindi. As we soon as we saw her, we knew that she was in trouble. The husband had managed to put a brave face on things and carry off an attempt at blustery cheer, but she was sinking. She was a picture of intense suffering, a pale shadow of her former self. She was wearing a dark red sari – gone were the rainbow colours – and she had lost weight and her face was a mask.

At the very same time that Melbourne was in the grips of its fourth lock-down Denmark, fully vaccinated and back to normal, had sent 400,000 doses to Kenya.

Prior to being fully inoculated, the Danes had never lowered themselves enforcing sign ins, closing their borders and whipping up fear.

I was getting rather tired of having my compatriots telling me how lucky we were being in Australia. The old epithet – The Lucky Country – had worn thin with me by this stage.

The Raid symbolized all too graphically that our so-called luck had well and truly run out.

And we’d done it ourselves, walked into a moral morass with our eyes wide open and our minds closed and our hearts dead.