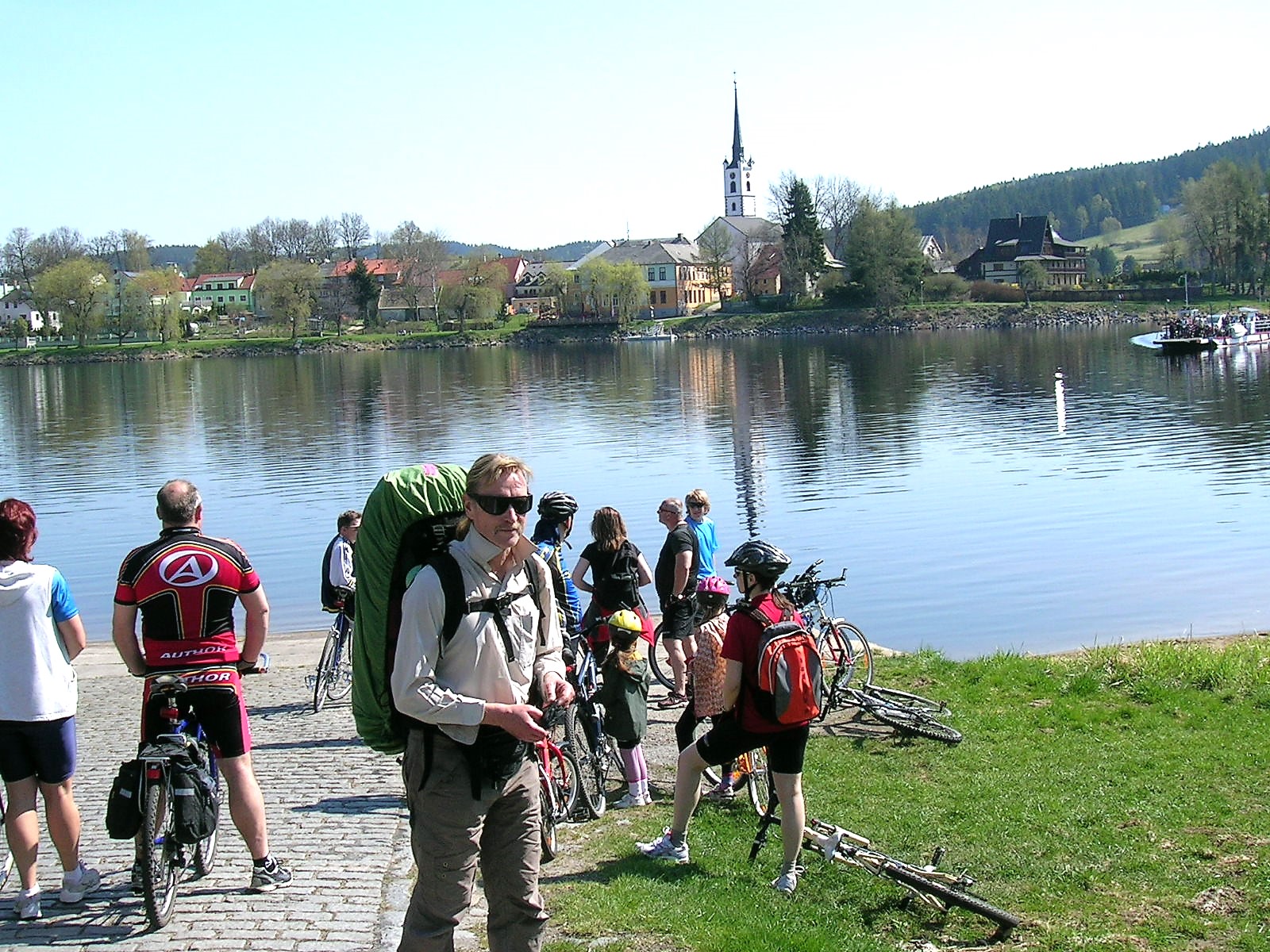 Carl Strehlow died in the blistering heat of a desert, a great man lost to posterity.

The sole inheritance bequeathed to his young son Theodore – or as he was known ‘Ted’ – were tens of thousands of words written in German about the language, culture and beliefs of the Aranda people of Central Australia.

It was a meagre inheritance in monetary terms; a hidden wealth for someone fluent in German and Aranda.

And for the 14 year old Ted that was given having grown up as an only child on a remote  mission station and been educated by his parents – and spent his childhood with Aranda kids of his own age.

After the death of his father, Ted, accompanied by his mother Frieda travelled south to Adelaide to start a new life. Few would have predicted that Ted would adapt as successfully as he did. When he arrived in Adelaide he had never attended a school, rarely worn shoes, and never been in the company of white people. Yet he finished High School by topping the state in German, Greek and Latin and winning a scholarship to attend Adelaide University. In 1931, he gained a Masters’ degree with distinction.

He seemed destined for a solid and secure career as an academic. But the bequest of his father proved far more powerful…….

In 1932, thanks to a research grant and the support of famous anthropologist Norman Tindale, Ted returned to Central Australia, committed to continuing his father’s work. He rode by camel for thousands of kilometres collecting information about the dialects, traditions, myths and ceremonies of the Aranda. Like his father, his major informants were older and initiated men, the so called ´elders´. However, unlike his father who was working with the elders from the northern Aranda, Ted was working on a broader canvas, including informants from all the Aranda tribes. And unlike his father, a missionary, the men Ted was interviewing regarded him as one of their own. They were aware that their way of life was fast disappearing, so they entrusted Ted with information about sacred ceremonies and totemic centres which was normally kept secret. They also entrusted him with sacred ceremonial artefacts.

This journey into Central Australia was not his last. Ted Strehlow had one foot in the staid academic world of Adelaide University and another in the deserts of Central Australia. He was an opportunist, using the funds provided him to him by Adelaide University – and later the Australian National University – to continue his own research. He taught linguistics at the university when he had to, but it was never where his heart was. He was recognised as a brilliant man and one who was working in an area where few others had any knowledge. But like his father, he was a loner.

In the mid 1930’s he was delegated by the Australian government to tour Central Australia and to compile a report on the lot of the indigenous people. His report was damning. He highlighted the conditions of indigenous people working for the big pastoralists who were paid a pittance, over worked, and had to buy their clothing and food from the pastoralists at inflated prices. This was slave labour and it was widespread. In addition he lambasted the practice of removing Aboriginal children from their parents which he called ‘child theft’ and decades later became known as the ‘stolen generations’. Ted Strehlow’s detestation of the treatment of indigenous people made him a hated man amongst the whites of Central Australia – a ‘nigger lover’.

The Australian government took no action on the basis of Strehlow’s report.

When the Second World War came, Strehlow’s enemies were able to conveniently portray him as a Nazi.

These experiences led to him becoming an isolated, angry and difficult man. He was decades before his time and he was at odds with a small minded, racist British colony. In the meantime, he published academic articles and a book ‘Aranda Traditions’. These were a preparation for his great masterpiece.

In the 1950’s, Strehlow made more journeys back to Central Australia, this in a jeep. He was at once mechanic, cook, anthropologist – and film maker. He filmed Aranda ceremonies and documented sacred sites and collected more artefacts. ‘Songs of Central Australia’ was completed by the early 1960´s but was not published until 1971 due in large part to the immense amount of work involved in compiling the maps of totemic centres and proof reading an enormous text with a huge number of references.

The first time I read Songs of Central Australia it was in the summer of 2011.

I was on a visit to Adelaide on my own because my mother had had a stroke and heart attack. Anya couldn’t accompany me because her mother was dying of cancer.

In between visits to see my mother I had time on my hands. It was then that I began doing some research into ‘The Dreaming’, a much bandied around term used to refer to the beliefs of the indigenous inhabitants of Australia. It had become a politically correct term used to indicate one’s good intentions and reduced to a generalisation devoid of fact based content.

I knew about Ted Strehlow’s epic ‘Songs of Central Australia’ (though as yet I knew nothing about Carl) and had always meant to read it.

Now was the time.

It turned out to be quite a project. Songs of Central Australia’ was a hefty tome, over 600 pages long. Published in 1971, it was a rare book. The State Library of South Australia had one copy, which could only be read in a closed, high security, glassed in room. The book had to be requested beforehand and there were strict conditions regarding one’s entry into the room: no pens, bags, food or drink.

From the very first time I opened it and began reading, I realised it was one of the most profound books I had ever read. It took me completely by surprise.

In choosing a title for his book, he opted for the word ‘songs’, but he was never entirely happy with the term, because these ‘songs’ were also poems, stories and chants; their use, value and structure was many sided. He was at pains to emphasize how difficult it was to capture the full import of the Dreaming and translate it into the English language. He speculated that this was possibly the result of how different the white man’s spirituality was with its monotheistic/Judaist heritage and its distance from, if not hostility towards, the natural world.

If there was one main theme behind this immense and multi-layered work it was this: Aboriginal society was in no sense inferior to Western civilisation. Ted Strehlow recorded the songs/poems of an aboriginal people and placed them into a European cultural context as well as explaining their connection to the physical landscape. Being familiar with the famous song poems of the ancient Greeks –The Odyssey and The Iliad e.g., –  he asserted that the indigenous songs were in every way comparable to those ancient classics. Whilst the form was similar, the content was different. The song poems of the gods of the ancient Greeks involved moral dilemmas and codes of right conduct. In the indigenous songs, mythological ancestors metamorphosed into the physical landscape and had to be worshipped by their living descendants in order to maintain their survival, along with that of all of the creatures and plants.

Ted Strehlow compared the songs of the Aranda, in the subtlety and complexity of their form, with the works of great European composers such as Bach and Handel. He transcribed the Aranda songs into the notes and bars used by westerners to record their music; pages of his book are filled with musical scores. He also compared the Aranda songs with the tales of the pre-industrial people of Europe and described how they addressed similar themes. At every turn, underpinning these cross cultural comparisons, was his portrayal of the Aranda songs in terms of their musical and poetic power. And he provided  detailed explanations of how these songs were related to the physical landscape and all of its plants, insects and animals; its seasons and it periods of drought and rain. They were essential to the survival of the Aranda by giving them an intimacy and an understanding of their physical world, as well as providing the basis for their social system, customs and rituals; their totems and taboos.

Songs of Central Australia was – and still is – the most complete picture of an indigenous people ever written.

It was only recently when I read Ted Strehlow’s ‘Journey to Horseshoe Bend’ did I appreciate the powerful influence which his father Carl had had on his life – indeed that Ted’s magnus opum was the work of two men.

In turn I also began to appreciate how many ironies, tragedies and triumphs son and father shared. In so many ways so different, they nevertheless had so much in common: both men were as lonely as they were gifted, at odds with a world filled with intolerance and mediocrity.

When Australia’s greatest non-fiction book was published in 1971, it raised barely a ripple in the stagnant culture of a hidebound nation where racism was widespread. The changes came much later – almost three decades later – and in the meantime we lost sight of those who had presaged those changes, who had challenged the status quo and suffered the consequences.

That is an ommission which cannot augur well for the contemporary dialogue about indigineous Australians. We need to know how much our society has changed and for the better. And we need to remember those responsible for bringing aabout that change.

A young Ted Strehlow on his first journey back to Central Australia.

Ted Strehlow on one of his journeys during the 1950’s

The Strehlow Musuem at the outskirts of Alice Springs. Included in the museum are all the artefacts collected by Ted Strehlow in the course of his life and the original hand written notes made by Carl – as well as black and white photos of the Aborigines of Central Australia in the early years of the 20th Century whilst they were still living their traditional life.

Anya and I planned to visit the Strehlow Musuem but at the last minute the government of the Northern Territory closed the border due to the spread of Covid and fears for the large indigineous population.

One thought on “Songs of Central Australia Part 2”