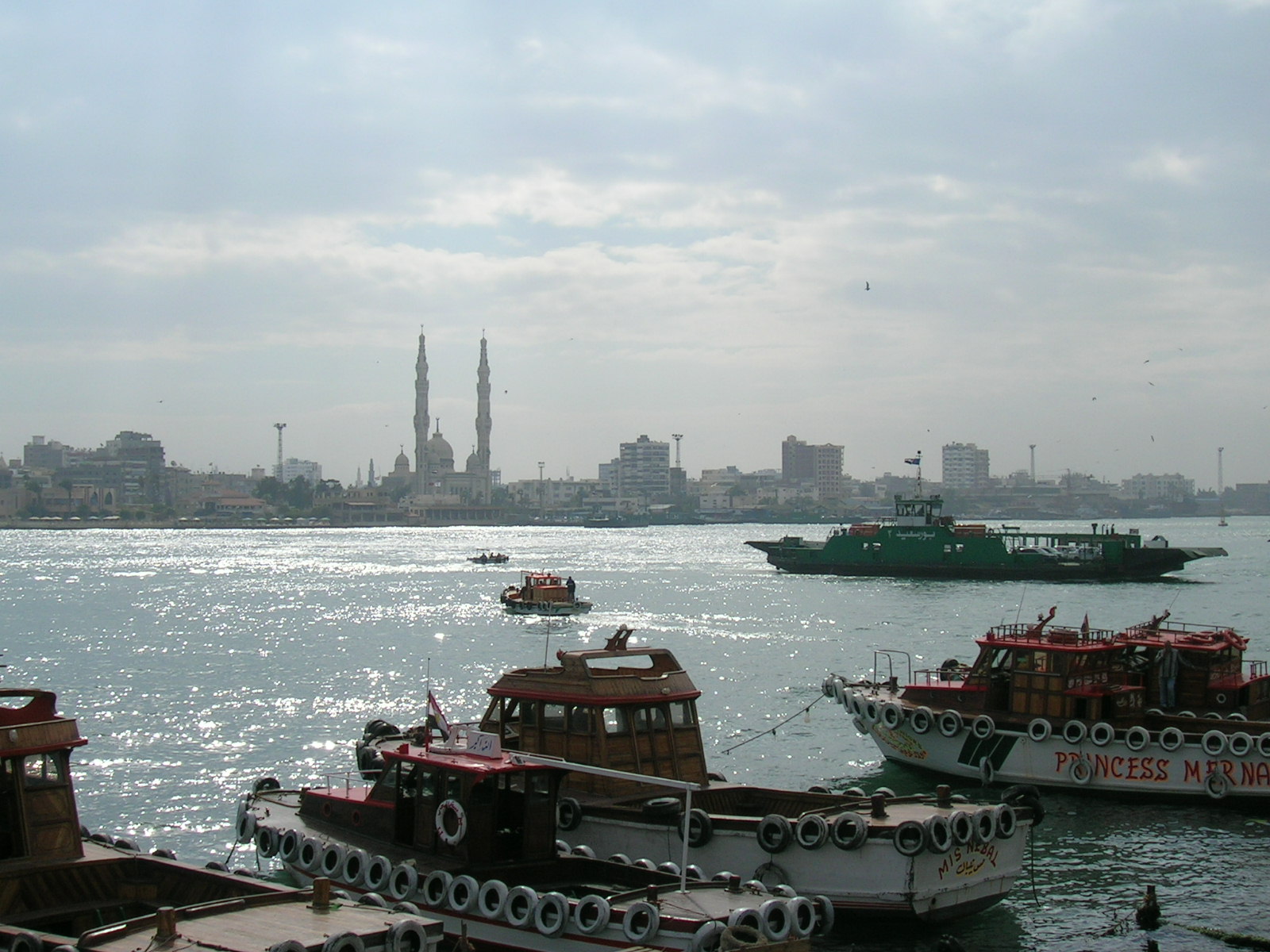 He started on it not me.

It caught my attention alright. I had an interest in the subject but had assumed that I would never meet an Italian with whom I could discuss it.

Now on my last hours in Italy there he was before me.

A stranger sitting at the same table as me one morning in the dining room of a small hotel near the centre of Palermo.

And as we made small talk and I found out that he spoke such good English because he was born in the U.S. – and furthermore, was an accountant, I knew then that this was the opportunity I’d been waiting for ……

My interest in organised crime began at the very start of my trip when I flew into the city of Lamezia near the eastern coast of Calabria.

Travel inevitably means for me, amongst other things, becoming interested in the culture  – and the history and politics – of a country which would otherwise remain a part of my mental peripheral vision.

Over the following days, as I slowly made my way along the coast of Calabria, I began looking for information about organised crime on the net. There was an enormous amount of it. Much of it was shallow and sensational, but amongst the dross, there were some real gems – e.g., pdf reports from Italian academics and Europol. I spent many hours reading these whilst continuing my travels.

I read about innumerable incidents in Calabria and Sicily of people in responsible positions in the government and bureaucracy diverting public funds from the central government – and the EU – into the pockets of criminals. This even included refugee centres and priests and aid workers.

It was in the south of Italy where the largest criminal organisations –  multi-billion dollar international concerns – were based. Italy’s legitimate industrial concerns, which were highly successful, earning enough to make Italy the third biggest economy in Europe, were all based in the north.

There were significant differences between the organised crime organisations in Calabria and Sicily. In Calabria, the family clans running them were known collectively as the ‘Ndrangheta’. In Sicily, they were known as the Mafia or Cosa Nostra. There were other, smaller organisations, but these two were by far the largest and wealthiest. Outside Italy, the Sicilian Mafia was far more notorious than the ‘Ndrangheta, in part due to books and films.

However there were many pundits who concluded that the ‘Ndrangheta was far more efficient and wealthier than the Mafia. It rarely used violence to attain its ends and was loathe to attract the attention of the authorities.

The obvious question for me was: why had these crime organisations emerged in the south of Italy?

There was a welter of explanations, but for me the clincher was: history.

In Southern Italy, there had never been an occupying power which had introduced a modern legal or economic system – unlike the north, which during the 18th and 19th centuries was occupied by the Napoleonic French and afterwards, the Austrian Hungarian empire. Consequently the north had made a rapid transition from feudalism to capitalism. A basic pre-requisite for this transition was an established system of government underpinned by centralised authority, a rule of law and a bureaucracy.

The south of Italy had failed to make this transition because it had a long history of being invaded, but not occupied, by a diverse plumage of mercenaries including the Arabs, the Normans, the Spanish and the British. It was in this setting that family clans, an alternative system of loyalties, along with a ruthless addiction to violence, dominated in an area where ‘society’ in a larger sense, had failed to develop.

Travelling from one small town to the other and avoiding cities, I often noticed conspicuous examples of crime related wealth – people driving around in new expensive cars with tinted windows in a place where everyone was poor. I had a welter of knowledge about organised crime but I wanted to ask a local about their experience of living with crime – but of course this was impossible given the language barrier and my being a foreign tourist.

Ricardo was born and raised in the U.S. to Italian parents. He had come for a visit to Sicily to look up family relations and ended up staying.

‘I didn’t come here to work as an accountant not at first anyway. I was pretty happy to do just about anything. I worked in a Gelateria for a while, then a restaurant. Gave me the chance to polish up my Sicilian Italian. The pay was lousy of course. So when I figured I wanted to stay longer, I started looking around for something a bit better. Tourist season was about to start so I got a job leading groups around. It was ok, I met a lot of people from different countries. I don’t remember how it began, but I mentioned to someone that I used to work as an accountant in the U.S. and before I knew it, I was offered at a job at a big tourist hotel/restaurant/shop/café complex.

Who owned this place?

No one seemed to know.

There was a manager and he talked about a man from Messines who was the owner but no one had ever seen him.

A man who owned a hotel and restaurant which was being extended but never came to look at it?

That didn’t add up.

Sometimes I saw businessmen turn up, so-called representatives for suppliers, maybe they were, but still. These guys were always real friendly, polite, making jokes. I kinda noticed though that they were driving expensive cars and when they went into the manager’s office, the door was closed and no one was to disturb them and I mean no one. Didn’t take too long before I figured that the place was a money laundering machine. The hotel was pretty kind of swank, with chandeliers and luxury rooms and big dining room, like a fucking ball room, nothing spared in this place, but the room rates were definitely on the low side, as if they wanted the place occupied and didn’t give too much of a shit about the place making a return to off- set the investment.

That’s how crime is working here now, it’s a matter of the sums not adding up. Profit and loss and overheads and income, none of it balances up. The days of assassinating politicians and police and that kind of shit, it’s pretty well over. In a straight out contest, the state is going to win.’

I asked about the Mafia tax system.

‘Does every business pay a tax?’

He answered: ‘Who knows?

They have this campaign going, the shopkeepers and small businesses put a sticker on the window saying ‘I don’t pay tax to the mafia’, so lots of places put this sticker on their windows and the public likes it, sure, who wouldn’t? but whether you can trust these stickers that’s a whole different ball game. I wouldn’t put it passed them to put the sticker on their window and pay the tax anyway. See no one is going to be honest about this. People will take a stand but what they’re doing in their private lives, that might be different. No one wants trouble. You can kinda understand that. They love their families and friends, they’re gregarious, social. Life’s bigger than the sludge.’

‘Isn’t it hard to live with this, to accept that nothing can be done?’

‘Hey look I can’t do anything about the fuckin’ N. R. A. (‘National Rifle Association). These school shootings get all the publicity, sure they do, 10, 20, school kids shot because of some fuck-up student who’s getting bad grades and can’t make out with the girls go outs and buys a semi-automatic. But actually if you look at America, guns permeate the society and a whole lot of people get shot, 1or 2 here, maybe 3 or 4 there, because someone has got a hassle or is screwed in the head or has got a grievance and then they grab a gun…a lot more folks die that way.

Can I change that? Am I gonna try? Email my congressman?

You know America is no better and certainly no less violent than Sicily. You go along with the shit and make your own life. ‘

‘Make your own life’.

He talked about the differences between life in the U.S. and Italy.

‘In the US you’re working flat out and your family life suffers as a result. You can earn a lot and it can be exciting, challenging, but you develop a tunnel vision and forget about the important things in life. My wife and I divorced and thank God there were no kids involved, but I was pretty close to burn-out. So upped stakes and head to Italy to look up the relatives.

When I arrived I was kind of shell-shocked for a while. I stayed with an uncle. He and his family lived at the outskirts of town. Their place was kinda run down. There was a big garden and it was full of olive trees, figs, oranges and lemons; there was a big vegetable garden. You haven’t really had a meal until you’ve sat down with friends and family and taken your time to eat. That’s when you really can enjoy a meal. In the states, food for me was really just a kind of means of keeping going and my time was pretty well calibrated to the minute. It’s weird but I felt a stronger family bond out here than at home.

My parents left Sicily to find a better life for their kids and well, I don’t know whether that worked out so well for them. My brother is in California and one of my sisters is in Texas and the other in Canada and I’ve come back to Sicily and I’m in a relationship.

I took this photo featured above in the small town of Villafranca Tirrena in rural Sicily. At the time I did not know why it was there but understood enough to know that it was related to a Mafia liquidation. Later I found the story – a terrible, heartbreaking one – on the net.

The plaque commemerated the murder of a poor, 17-year-old laundry worker named Graziella Campagna. One day a man left an overcoat with her to be cleaned. Left in the coat was an address book. The man happened to be Mafia boss Gerlandi Alberti Jr., 40, son of one of Sicily`s most feared godfathers. The book contained comprimising telephone numbers. Alberti realized too late that he had left the book in an overcoat handed to the young laundry worker.

The next day Graziella was kidnaped by two armed men as she waited for a bus to take her home to her village. The kidnapers drove her into the hills and shot her six times. Initially police attributed the murder to a maniac or a rejected lover.

Police inspector Pasquale Rossi spent 18 months unravelling the mystery before issuing an arrest warrant for Alberti and his bodyguard, Giovanni Surtera. He then discovered that they were already under arrest and being held in a specially built underground courtroom in  Palermo where 471 Mafia members were already on trial.

The Italian organised crime gangs, usually designated as OCG’s, are invariably anchored in the family and related connections and in the villages and towns in the mountainous areas of  Calabria and Sicily. International operations are organised by family/village people who have emigrated to the Americas, Europe and Australia. They include illegal dumping of toxic/radioactive materials, drugs, illegal immigration, the sex trade and stolen cars – as well as milking government activities within Italy. Below are some photos of such villages – beautiful places for the tourist, but underneath the veneer lurks a different reality.