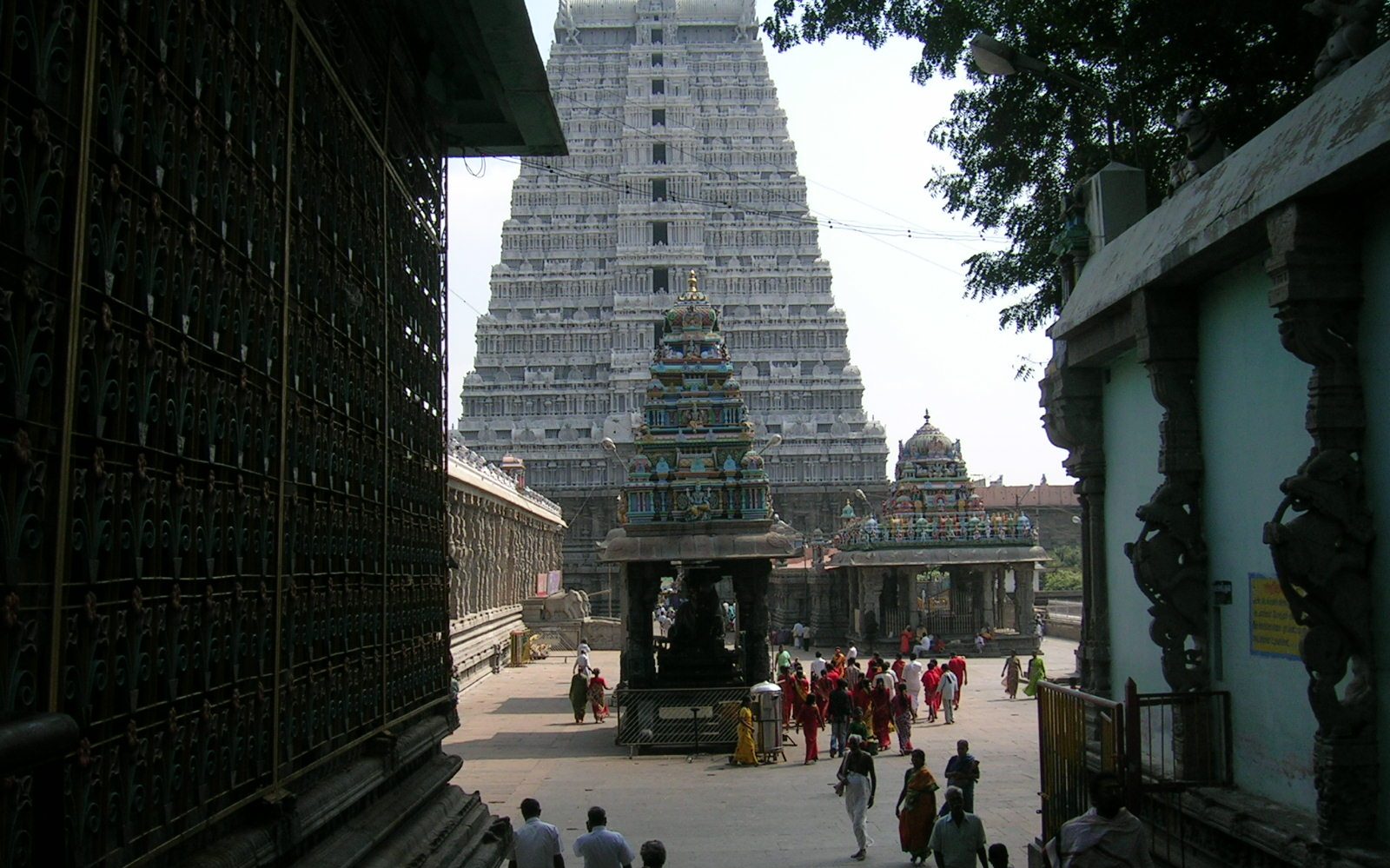 I must have been 5 or 6 the first time I saw the painting ‘Evening Shadows’ at the South Australian Art Gallery.

I didn´t like it and for a good reason.

I was with my grandfather from my mother´s side.

Karl Wurfel was a devout Christian of the Old Testament kind. His god was a stern disciplinarian and a hard task master. He thought nothing of beating a young kid with a length of cane. I had experienced that and I hated him.

Why my mother ever left me with he and his neurotic wife was a mystery. She knew what her father was like. Karl had regularly beaten her and her sister. Then again, she was suffering from undiagnosed depression and making a bad job of caring for me and my younger sister.

Thankfully my relationship with the Wurfels didn’t last long because my father, who was in the Air Force, was posted out of Adelaide.

So there I was standing next to that tyrant looking up at ‘Evening Shadows’.

What did grandfather see in that painting?

He must have seen something because at one point, he seemed to be in a trance……

Evening Shadows is an idyllic scene of magnificent old gum trees reflected in pond still waters. The ‘evening’ in the title refers to the time setting of the painting: after sunset. The sky above the gums is pale, almost white, whilst lower down, amongst the gums and undergrowth, is a shadowy twilight which is clearly borrowed from a northern European climatic zone. The reflections of the gums on the water are soft and intricate. On the right side of the water, near the trunk of a giant gum, are the shadowy figures of two aborigines, one sitting inside a low shelter of rough planks tending to a fire and another one, heavily bearded, sitting on the ground outside the hut with a blanket wrapped round him. On the left side of the painting, a third aborigine is about to cross the backwater over a fallen branch. His upper torso is naked and his lower body draped in a long kind of loincloth. On his back is a wicker-work basket.

These ´Aborigines´ bear no resemblance to the original inhabitants of Australia. They could be figures from the Amazon or Africa.

Evening Shadows was painted in the 1870´s by an English painter named H.J. Johnstone, who had spent some time in the colony of South Australia and done a number of landscape paintings. He worked in a realistic style which was influenced by the up and coming technique of photography. Johnstone was a meticulous craftsman who, rare amongst English people visiting Australia, admired the native gum trees and sketched them, taking careful note of the unique idiosyncrasies of the species: e.g., the thick mottled trunks where areas of bark had fallen off, the branches which had broken off leaving behind short stumps on the main trunk, the irregular, twisting gnarling branches and the leaves suspended at the end of them, canopy like. Above all, Johnstone caught the eerie, other worldly beauty of a bush landscape (one could hardly call it a ‘forested landscape’ given that each tree is different and devoid of regular form). Johnstone painted gum trees like they had never been painted before.

The break with the past was unmistakable; up until now, most paintings in Australia had been English paintings featuring ‘notable people’ (i.e. jumped up aristocrats), farms and fine colonial era buildings. The landscape paintings had been of English rural scenes transplanted to the Antipodes.

When Johnstone finished painting ´Evening Shadows´, he tried to find a buyer in Britain and failed. The British weren´t familiar with gum trees and as for the pools of water, these failed to strike a chord in a land teeming with rivers, lakes, ponds and brooks.

Purchased in 1881 by the South Australian Art Gallery, ‘Evening Shadows’ was a big success with the colonials. For decades it was the most viewed, the most popular, the most copied painting in South Australia.

Once, long ago, Evening Shadows was an Australian icon.

Now, a relic hardly worth more than a passing glimpse.

One day, Anya and I took my elderly mother to the South Australian Art Gallery.

We drove out to the high care institution where she resided and helped her out to our car with her walking frame, got her in the back seat, folded the walking frame and put it in the boot – and then drove into town. It was early in the afternoon when we entered the gallery and all but deserted.

When we came to Evening Shadows she stopped dead in front of it and stared.

‘My father loved this painting’.

The memory of standing there in front of that painting with Karl so many years ago appeared before me, along with the image of being caned on the back of my legs.

I said in a distinctly desultory tone : ‘Yeah? What did he like about it?’

That my mother had even mentioned her father was striking. She had always detested him, almost as much as she detested my father.

‘It was the peace, dear. It’s such a peaceful scene, far away from all the sorrows of the world.’

The way she described it, it sounded almost like one of 12 medicines she was given every morning in the aged care facility.

My voice rich in scepticism I asked her why he wanted peace given that he never gave her or her sister much of that precious commodity.

What was she up to?

Trying to make excuses for that creep?

She carted out the story I had heard before, about how Karl Wurfel´s family had emigrated to Australia early in the 20th century and when First World War began he was placed into an internment camp well outside of Adelaide. Never mind that he was born in Australia. I’d heard about Karl’s internment before and didn’t think it was an adequate reason for inflicting one’s misery on others, least of all kids.

I’ll hand this to my mum: she could come at things from an unexpected angle.

Standing before the painting she came out with:

‘After the camp he didn’t come back to Adelaide for many years. He was too scared dear. People might attack him on the streets. So he went to work on the railways out in ….desert places…’

I had never heard this before.

I had heard about him marrying a younger woman he met whilst working at a department store in Adelaide, buying a house in the suburbs and of the family being ostracised during the Second World War, never mind that the wife was not German and the two girls born in Australia. The name apparently was enough. Their dog was poisoned. Nasty letters in the letter box. Abuse on the streets and at the shops. My mother played the piano as an escape and her sister studied. My mother became an outstanding pianist and her sister topped the state exams.

I’d heard about how he suffered for many years with a terrible rash on the hands from his job. But he had to stick it because he had no choice. There was a Great Depression and he had to pay off a house and support a family.

But I had never heard about Karl going to work in ‘desert places’.

No shortage of them in South Australia.

Its borders encompassed an area almost as big as France and Germany combined and most of it arid wasteland or something mighty close to it (the combined population of France and Germany was about 140 million people and South Australia´s less than 2).

Literally: ‘no tree plain’. Two thousands kilometres of it stretching from western South Australia all the way to eastern Western Australia.

‘How long did he stay out there?’

Karl had worked on the transcontinental railway line, replacing sleepers and straightening out railway lines bent by the heat, subsisting on white flour, tinned meat and black tea boiled in a billy.

He had been out there on that hell on earth.

Served his time for the crime of being a bloody kraut, a Hun.

Later I turned the thing over in my mind.

In a perverse way, those years in the desert had turned him into a kind of Australian. After returning to Adelaide, Karl Wurfel was left with a deep longing, endemic in being a European living a country far from home.

Peace in the pooling water at the base of those magnificent gum trees.

A greater contrast with the Nullarbour plain could hardly be imagined.

Like most of the immigrants who came to Australia then, Karl Werfel came from Northern Europe and a very different climatic and botanical environment.

To adapt to the dry and empty spaces of Australia and the searing heat of the summers, you had to put the past behind you or at least, find a new sense of belonging.

Evening Shadows became so popular because it met a widespread need.

It was a European idyll transposed to Australia; a Garden of Eden identifiable as authentically Australian with the huge, stately gum trees reflected in the still waters and the token aborigines. And the Garden of Eden, like Jesus, was an image coloured by white Anglo Saxon culture. Jesus was white and the Garden of Eden was a lush green place – indeed, a garden – with rivers and streams, brooks and ponds and lakes.

In his obsession with Evening Shadows, Karl Werfel found his transposed Garden of Eden; his was a strange kind of rite of belonging to the harsh land, the land which had inflicted such sufferings upon him for the crime of being a German.

I wasn’t about to forgive him, but at least I could understand him.