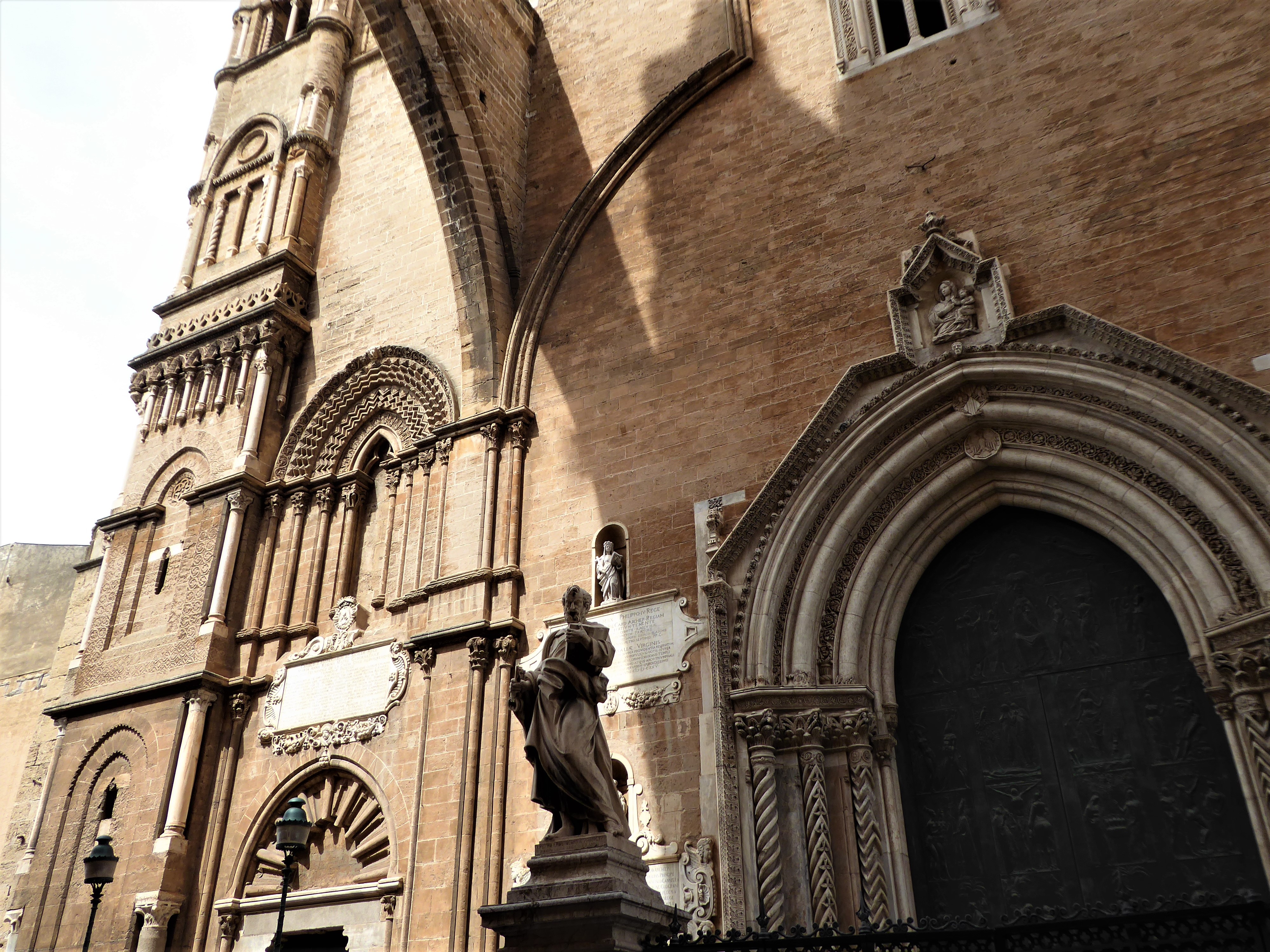 Elena: like so many Europeans of her generation who had endured the Nazi occupation, she had experienced horrors which after the war, she had put behind her, determined never to inflict her sufferings upon her children. But during the last days of her life, she had told her great granddaughter Andrea, her and her alone, about what she and her husband had endured.

It was story from another time, another world, and Andrea, very much at odds with her country, suddenly realized how fortunate she was. The terrible events which Elena’s generation had experienced seemed to put everything into another perspective.

In 2016 Andrea thought, along with everyone else, that the past was a scene from another era. That Elena’s story, kept secret for so long, was destined to die with her passing.

But what if the past could be reincarnated like a mythical figure out of an ancient Greek tragedy?

Could come back from the nether world and haunt the living?

Elena’s story begins in Bucharest in the 1930’s, almost a century ago. It begins with an innocuous scene: two teenage women and a young man in love.

But soon enough, Love will be in very short supply and vastly overwhelmed by the beast called Hate…..

‘Elena was best friends with a woman named Dana. They had been best friends since childhood. Dana was the youngest of five children of a Jewish family who ran a shop making clothes. The family lived above their shop. It’s still there today, though it’s been renovated and repainted. It’s strange walking passed that place knowing what I know now……

Elena and Dana were so close it was like they were twins, although as far as physical appearances went, they were opposites. Irena was tall for her age with blond hair and blue eyes and Dana was shorter with black hair and eyes and olive skin (Elena told me that Dana was a very beautiful woman); Elena was reserved and didn’t say much unless she was addressed directly but Dana was lively and talkative and had an infectious laugh. They did everything together. They read the same books and liked the same (classical) music.

At the school they attended the teachers had tried to discourage the friendship. There were many Jews in Bucharest then and there was also a large Jewish ghetto at the outskirts of town. Elena’s parents were liberal minded Catholics and they didn’t have a problem with her close friendship with Dana, but many other people hated Jews. We have a bad history of anti-Semitism in Romania. If the crops failed because of bad weather or there was a plague or whatever, it was always the Jew´s fault….’

(Romania was hardly an exception here. The persecution of the Jews was a trail of blood which all the nations of Europe shared, in spite of their immense differences in history, culture and language).

‘There was a young man named Lukas who was in the same class as Elena and Dana and he fell in love with Dana and so naturally he also knew Elena. Lukas came from a family of socialists who didn’t believe in God, a very unusual thing then in Romania. There were Catholics, Orthodox, Protestants and Jews. Everyone had a God. Lukas’s love for Dana was a typical school yard infatuation like you will find anywhere in the world. Dana didn’t love Lukas and Elena told me that she and Dana used to make jokes about Lukas.

Then came the war. In 1940 Romania was invaded by the Nazis. The Jews were rounded up and forced to live in ghettoes. Many of them were shot. The Romanians were quick to take the Jews’ homes and property. The mob emptied Dana’s parents’ shop and business of all its valuables before it was occupied by a Nazi officer. Elena was shocked and depressed. Her whole world came to an end. She never saw Dana again.

Later, hundreds of thousands of Romanian Jews were put on trains and vanished. It was then that Elena decided to become a nun. The convent was far from Bucharest and the nightmare of the occupation. It was like an asylum from the madness of the occupation.

Lukas was also very upset. When Dana and her family were sent away by the Nazis, he joined the communists. Elena had felt shame and guilt, but he was filled with anger and hate. He wanted revenge.  He wanted to kill Germans and he didn’t care if he died and the communists were the only ones who were actively resisting the Nazis, the only ones prepared to die for their cause. Many of them did die too. Lukas survived. He had a natural flair for planning and organizing attacks and he was a fierce fighter. He somehow managed to avoid being captured and when the Russian army arrived and the Nazis fled, he was very happy. He saw the Russians as liberators.

After Elena was raped and she decided to keep her child and not have it adopted, she had to leave the convent. The other nuns came from very poor families and they had to have their babies adopted because their families could not support them if they left the convent. Elena went back to Bucharest and moved in with her parents. In public, she and her parents told the story that Elena had been married and lost her husband during the war. To have an illegitimate child was very shameful. Many other women had also been raped and had given birth to babies but in public none of them dared to admit it.

In bad times, people can show great strength. Elena told me that she never felt like killing herself and not because of God, who she began to doubt (how could God allow Dana and her family to be gassed? Allow nuns to be raped?) but because, she explained, suicide was too easy. She had to fight to stay alive and besides she had a baby, an innocent life who knew nothing about the horrors of the world.

On day she met Lukas, who was a prominent member of the Romanian communist party. Of course she didn’t like the Russians or communism and at first, she didn’t have any interest in being friends with Lukas. But he fell in love with her and eventually they got married. Her options in any case were limited and as it turned out, he was as good man who she learned to love. He didn’t have any objections to her illegitimate baby son. Elena got pregnant again in 1950, they moved to this town to start a new life, far away from Bucharest. Elena never visited the convent at the outskirts of town where she had once lived as a nun.

Elena told me that for her and many other Romanians, communism especially in the early years, was like paradise after the Nazis. From the ruins of war, the Romanian communist government built a society like in the other Eastern Europe nations. The country experienced a period of peace and stability, with universal literacy and education for women; there was social security, full employment, doctors and hospitals.  There was a strong sense of solidarity. The convent closed as the number of recruits – women from desperately poor families – diminished (a sign of progress for Elena). Lukas was a high official in the town administration and I think Elena and he were very happy. By this time they had four children who they doted on.

By the late 1960’s, communism reached a stage where it needed to change, to democratise. In Czechoslovakia a new democratic government was elected with the motto of  ‘socialism with a human face’. But then the Russians invaded with hundreds of tanks and installed a puppet government and then rounded up ‘the traitors’. In Romania, a dictator named Ceausescu took charge of the government and at first he promised change, but before long he became a dictator. He began enriching himself and his cronies and building a huge palace.

Our country slid into a kind of organised chaos. Living standards fell, corruption spread everywhere, factories closed and what the farms managed to produce (they were very backward) was exported to finance Ceausescu and his corrupt party supporters. Everyone in Romania began dreaming of leaving for western Europe or America. Elena and Lukas had a good life in spite of all that. Lukas, a member of the party, did his best to ensure that basic services were maintained. He lost his belief in communism long ago. He and Elena were only concerned to help the people around them and raise their family.

Then 1989 communism in Europe collapsed. It was a historic event that everyone welcomed and which was accompanied by widespread celebrations. Elsewhere it was peaceful but in Romania, when there were mass demonstrations, Ceausescu ordered the army to shoot the demonstrators. Many people died. Finally there was a coup staged by the army and Ceausescu and his wife were taken out and shot.

There were wild celebrations. An era of 45 years had come to close. The voice of the people had finally made itself heard. In the other former communist countries there was a feeling of optimism in the air. But in Romania it was a celebration for another reason: now the people were free to leave. There was a mass exodus including the children of Elena and Lukas and their families. Over six million Romanians left.

One day I will also will leave but not as long as Anton is still alive. He was the kindest of all their children. He and his wife cared for Lukas and then Elena during their last days. Then his wife became ill and she died. He is a wonderful man and I will not leave Romania whilst he is still alive.

My last conversations with Elena left me feeling guilty. I knew about the war and communism in a vague way but I had never personally experienced these things. I’ve been born into a lucky generation. I am going to university and receiving a good education. My world is the internet and phone, the social media and you tube, parties and shopping and, planning my next move in life. I have choices…’

Elena’s story had brought home to Andrea how fortunate she was to be born in another era, another Europe. One far removed from the horrors of war and dictatorship, of struggling to survive and making the best of a bad lot.

Anno 2022: I wondered where she was and what she was thinking with the Russian invasion of The Ukraine. It was an invasion of far wider extent than the arbitrary murder of Ukrainians. It was an invasion of our modern life with its agenda of rights and social justice, of ‘progress’ in its qualitative connotations. It had turned history’s clock back to the dark past. Elena would have recognised its true meaning.

But for the rest of us?

It was bad news and we blocked it out or distracted ourselves. We had so many ways to lose ourselves somewhere else (‘There’s only so much of this I can handle!’)

The people in The Ukraine didn’t.

They were living Elena’s nightmare.

The Past come back to haunt the living.

One thought on “Elena Part 2”