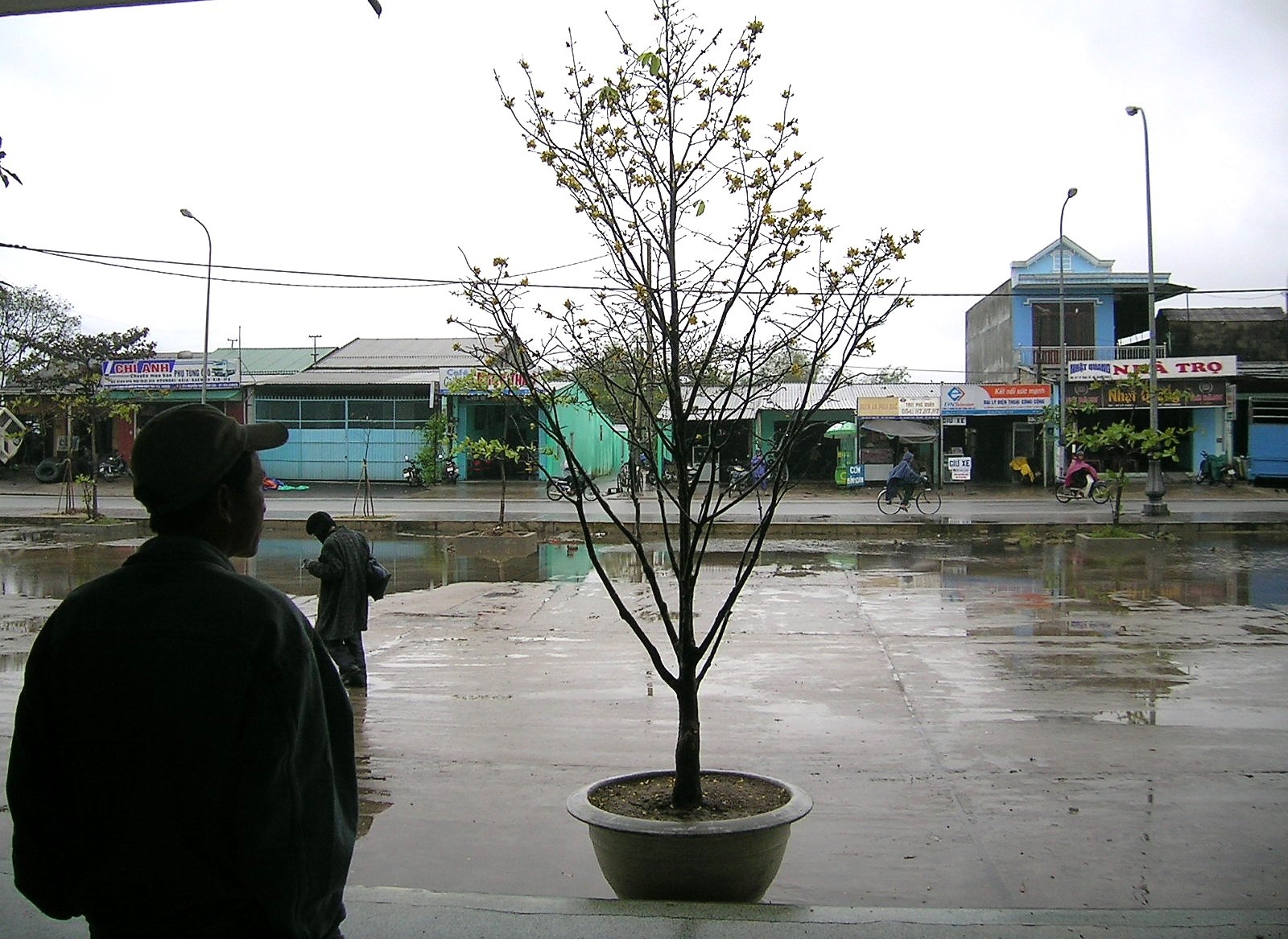 We flew into Hurghada on the Red Sea and ermerging from the airport late at night, got into a bus along with four members of the Egyptian army holding automatic rifles. We travelled all night, stopping intermittently at army roadblocks, and early the next morning, arrived at our river boat. As tired and jaded as we were, we were taken aback by its sheer opulence. It was like a floating multi-level hotel, with lounges, bars, dining rooms and large cabins- this in the midst of a country verging on civil war.

Our cruise stopped at historic sites along the Nile and ended in Luxor. The group was accompanied by an Egyptian guide who had a degree from Cairo University in archaeology.

From our cabin, which was near water level, we had an impressive view of the Egypt’s great river: of reed lined banks; the traditional sailing boats or dhow; towns and villages and farmland and interceding stretches of desert.

Being on the boat and seeing the Nile day and night was an appropriate back drop to our visits to the historic sites. The physical experience of being immersed in the river, as it were, complemented the mental immersion in the age of the Pharaohs – and the extraordinary civilisation they had ruled, along with its architectural wonders.

The might and the mystery of the Pharoahs’ great empires arose from something disarmingly simple: a river which once a year, during the monsoon, flooded. Rains fell in the mountains of today’s Ethiopia which led to an enormous volume of water coursing down the Nile (through today’s Sudan) until it reached the vast delta area near the Mediterranean. On this delta area, the water spilled out over wide flood plains and remained there for several months. When it receded, it left behind it a thick layer of rich, watery silt, which acted as a natural fertiliser.

The farmers then planted crops of barley. These crops grew quickly and were bountiful. Over time, the population increased rapidly and a chain reaction of cause and effect was set in motion. As the population expanded, a complex and  hierarchical society evolved with a supreme leader or Pharaoh on top. In turn, the pharoahs embarked on great construction works eventually resulting in architectural wonders such as pyramids, temples, giant obelisks, statues, and immense stone columns.

The rule of the Pharaohs was based upon taxing the farmers; of extracting the economic surplus – barley. Taxation was necessary to fund their extravagant building projects. Taxation in turn, demanded the invention of mathematics and writing. One of the very first written scripts in human history, the so-called ‘hieroglyphs’ – those beautiful and mysterious symbols which the tourist sees on the walls of the pharaohs’ tombs – was created as a means of recording the farmers’ annual harvest and hence, making an effective taxation system possible.

The Pharaohs  constructed so- called ‘Nileometers’: calibrated, stone- lined holes in the ground, with which they could measure the level of the yearly inundation of the Nile. Using these, they could calculate how much tax they impose upon the farmers.

One of the best known ‘Nilometers’ at the outskirts of today’s Cairo.

Our boat sailed slowly through its agenda of short stops along the Nile, where we alighted and visited ruins with our guide explaining to us their past and their significance. For a week we lived in this hermetically enclosed world, on the boat and then, when on land, always accompanied by members of the army.

At Luxor, we spent time at the famous temple just outside the town and heard about how each one of its massive stone columns and obelisks were mined up river and then floated down on the inundation, born by a flotilla of wooden vessels.

The last days of our trip were cut short.

There was a general strike.

We were put on to buses and were driven overland at night.

It was a strange end to our trip, night times driving through silent towns, the largest structures being the mosques, lit up with bright coloured lights. When the Call to Prayer came, it was extraordinarily loud, the loudest I had heard in any Islamic country. In the size of those mosques and the decibels of their Calls to Prayer and the heavily armed soldiers accompanying our tourist bus, I saw a country in the thrall of irreconcilable contradictions.

Egypt is potentially the world’s greatest tourist destination. In recent years greatly improved sattelite imagery has revealed an unimaginable treasure trove of ancient cities, pyramids, relics, tombs and temples lying beneath the sands of Egypt vast desert expanses. There are an estimated 1000 tombs and 3000 ancient settlements awaiting excavation. There are more relics beneath the sands than above it, all of them buried under layers of silt deposited by the Nile. The mighty river which gave birth to the world’s greatest ancient civilisation also preserved it for posterity.

Technology has radically changed archaeology. In the past, European Egyptologists spent months, years, laboriously excavating sites in the hope of finding something important. The famous Howard Carter, who discovered the tomb of Tutankhamen in 1922, spent 7 years searching for it. In his case, the years of searching, of conducting one fruitless excavation after the other, were more than amply rewarded: when he finally located the tomb, it was brim full of fabulous artefacts, unmolested by grave robbers for thousands of years. But for every major discovery, there were legions of Egyptologists who searched and went broke in the process – and found nothing.

Egypt’s ancient heritage, a tourist draw card unparalleled in the world, as potentially lucrative as the oil in Saudi Arabia, presents almost insuperable problems for the Egyptian government.

How can international tourists be attracted in large numbers with the lingering threat of terrorist attacks?

No army would be adequate to defending any large influx of tourists.

Ask most Egyptians and I suspect that they would be in favour of tourism and rising standards of living. Resolving the political issues is another matter.

As a traveller, my only wish (a selfish one!) is for Egypt to find some basis of unity, some kind of national compromise – whereby I might one day get the opportunity to visit this extraordinary country again.

2 thoughts on “On The Nile”