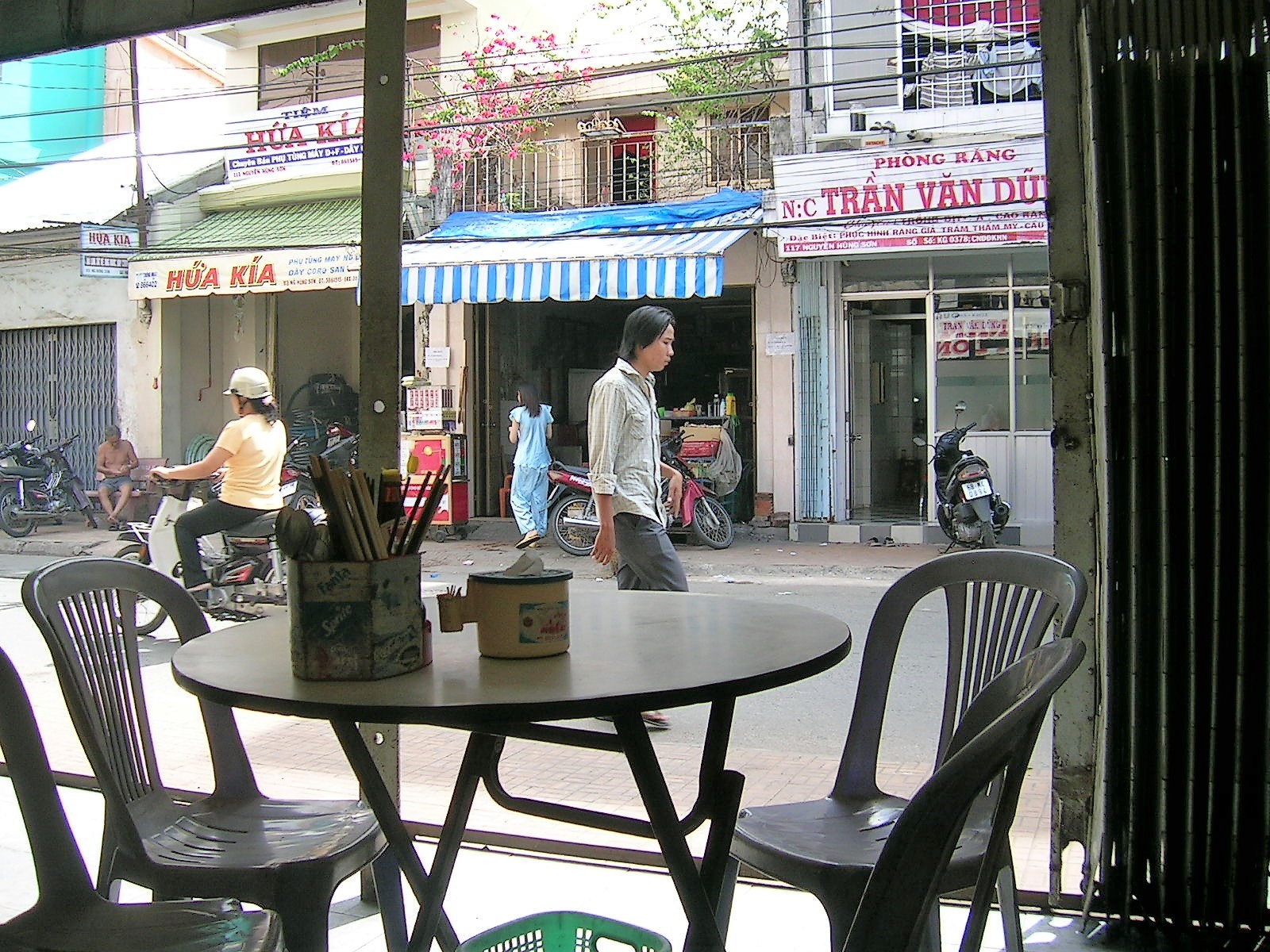 When Anya and I went to the south of Spain to go trekking, we chose to base ourselves in a town called Capileira.

Situated in the Sierra Nevada mountain range, it was small – population 500 – and offered easy access to some good trails.

There was a tight-knit mass of white houses, dominated by a tall church tower, perched on a long, steep, mountain side. Being winter, the surrounding fields were brown and the trees leafless, whilst the mountains directly behind Capileira were covered in snow.

On our second day there, we followed a trail which ascended the mountain side directly behind the town. At the top, it ended at a trekkers’ hut  – a so called ‘Refugio de Poqueira’ (or ‘Refugio’ for short). About 1000 metres below Refugio, was a stop called ‘Cortijo de las Tomas’ (or ‘Tomas’).

We left at 9am but didn’t reach Tomas until about 3pm  and we soon concluded that we didn’t have enough time to do the climb to Refugio and be back at Capileira before dark. Tomas was in fact an abandoned shepherd’s hut. There was nothing there.

Looking up the steep, snow-laden side of the mountain towards Refugio, we saw a group of trekkers descending. They reached a certain point not far above Tomas and then levelled off and commenced walking in a horizontal line across the mountain slope on our right. They moved quickly. There was something there, a good trail perhaps, which we hadn’t seen because of the snow.

We ascended to where we had seen the group level off:  it wasn’t a road: it was an irrigation ditch, frozen solid. It was a relatively simple matter to walk over the ice and follow the ditch. It cut across several successive mountain sides and ended directly behind Capileira.

Whilst following the irrigation ditch, we were overtaken by a Spanish trekker, a man in his 50’s, who spoke good English. We stopped and the three of us began chatting. He’d lived in the area for 30 years and knew the mountains like the back of his hand.

He was intrigued that he hadn’t seen us earlier in the day. Most trekkers it appeared reached Tomas following the irrigation ditch. Apparently we had taken the longest and most tiring route possible to reach Tomas.  He hadn’t seen anyone attempt this for some time.

It certainly hadn’t been our intention we told him.

We discussed the weather and how warm it was. Unseasonably warm, he said; it was early January and 16 degrees Celsius. Unheard of up here in the Sierra Nevada.  There had been only one major snow fall, he told us, which had been two weeks earlier.

But it had brought a tragedy with it.

On the day it began snowing, it had turned into a blizzard. Two Austrians had got caught in it and one had died, and the other been badly injured.

‘Every year people die up there.’ He added, ‘but this was real bad luck’.

We asked him what had happened to the Austrians and this is what he told us:

‘There were four of them, they followed the ditch and arrived at Tomas around midday. Dark clouds were gathering around the mountain tops. They didn’t know it but there was some real bad stuff on the way, strong winds, lots of snow and temperatures falling to -20. It hadn’t been forecast.

At Tomas, two of the Austrians, young men, decided to turn around and come back. The other two, a couple, decided to continue up the slope. Refugio didn’t seem far away. They thought they’d make it.

Next day, when they were supposed to be back in Capileira, they didn’t appear.

Over the following days, as we followed trails elsewhere in the area, I found myself thinking about those Austrians.

Perhaps it had something to do with the fact that only 7 months before, Anya and I had had a close call whilst hiking in Austria.

The memory of that incident was still fresh in my mind.

We had left early in the morning from the bed and breakfast where we staying and started out on a trip which was supposed to take about 5 hours. There was a walk through the outskirts of the small village (certainly no bigger than Capileira) followed by a marked trail which gradually ascended through forest and then went up a mountain side to the top  (3 000 meters altitude, the same altitude as Refugio).

The weather was patchy, with intermittent clouds and bursts of bright sun. The walk through the forest took several hours. As the trail neared the mountains, we passed a trekkers’ hut, followed by a sign post indicating various colour-coded directions.

Shortly afterwards, we turned on to the trail we wanted to follow. It ascended through sparse pines growing in between boulders. Emerging above the tree line, we were confronted by a steep slope of bare rock. The markers for the trail – rocks here and there painted yellow – were easily recognisable.

We followed the markers and found ourselves clambering up a series of rock faces, one after the other, sometimes requiring us to climb up sections using our hands as well as our legs.

An hour into the climb, a cloud bank moved in, rapidly restricting our visibility. We didn’t know how far we were from the top. What we did know was that once we got to the top, it was a rapid descent afterwards.

The cloud got thicker, darker. A wind blew up. Snowflakes flew through the air like bullets.

Should we continue or go back?

Anya was firmly in favour of continuing:

‘We’ve come this far, we must be close to the top …..to turn around and go back would take much longer…’

It sounded plausible. Yet: we were on a very steep slope, a good deal of it consisting of bare rock faces. The visibility was rapidly declining. My inclination was to turn back, to get down out this maelstrom of wind, snow and mist.

We continued but it was at a snail’s pace. Visibility fell to around 10 meters. I didn’t like it. I could feel the fear, the misgivings, rising within me.

The trail kept ascending. It didn’t level off.

How far were we from the top, dammit?

How much further to go?

What if the snow got heavier?

We could not survive a night caught up here. It was that simple.

Then came the sound of thunder: explosive ear-splitting bursts resonating up and down the valley.

When the lightning came, my mind was made up: turn back.

Anya was against it. She argued that we must be near the top. She had no radar for fear. But in the end, she gave up.

On the descent the wind blew hard, sometimes gusting so hard I was worried we would blown off the mountain side.

The trail was difficult to find.

The rocks, including the ones marking the trail, were covered in snow.

Often, we clambered down in the wrong direction, and had to retrace our steps. It was a slow, slow, process. We seemed to go nowhere. We helped each down each section of cliff face we came to.

The light began to fade. Where had the hours gone?

At 3 pm we were still enshrouded by wind, mist and snow. I knew that in these conditions it would be dark by 5. Then we were finished.

Every sense, every ounce of energy, was concentrated on one thing: survival.

And then came the break: at 4.30 pm we reached an altitude where the snow turned to rain.

The cloud thinned out. The visibility increased to perhaps 30 meters. We sensed it now: we were going to survive this.

We had at least an hour to find our way down through the forest.

It was hard work. We were exhausted. Everything was wet and the rain was heavy. We were drenched, cold and tired.

We kept on slipping on the stones and the roots of the trees.

At 7.30 that night we appeared back at our bed and breakfast.

The owners had been worried and thought about contacting the police. Not that they would have been able to do anything until the following day – by which time we would have been dead.

It was absurd what followed afterwards: the hot shower, the dry clothes, the warm meal, and the glasses of wine.

That night I found it impossible to sleep. I was on a high. My whole being resonated to a feeling of elation, of triumph: we were alive. You couldn’t reduce a life to anything simpler: to be alive!

But after the high, came the low. Drugs, even natural ones, have their shadow side. Go on a bender and there’s always going to be hangover afterwards.

On the following day we caught the train north and crossed the border into the Czech Republic. In the past we had been there many times to go walking. We had always enjoyed it. Often we walked from one town to the next with all our belongings in our rucksacks and booked accommodation as we went – or slept outside.

This time however I was pursued by a feeling of anti-climax, of incipient boredom. It was as if a part of me yearned for the experience of being on the cliff face of life and death again.

Safe green hills and pleasant medieval towns were no compensation. It took me some time to pull out of this cold turkey.

Yes, it was easy for me to visualise the scene of four people standing at Tomas, clouds moving in over the peaks, debating whether to continue – or turn back. It’s the kind of decision which everyone who ventures into high climes will confront  sooner or later.

A wrong decision can have fatal consequences.

Often it is well-nigh impossible to take everything into account. There are so many unforeseen factors involved. The Austrian couple had almost made it to the trekkers’ hut. Had the storm not been quite so savage, they would have.

Yet in the final analysis, they made the wrong decision and paid the ultimate price for it.

But then, what was the right decision?

Fear was an indispensable part of experiencing the full intensity of being alive.

Could we always live strictly in accordance with ‘common sense’?

What kind of life was that?