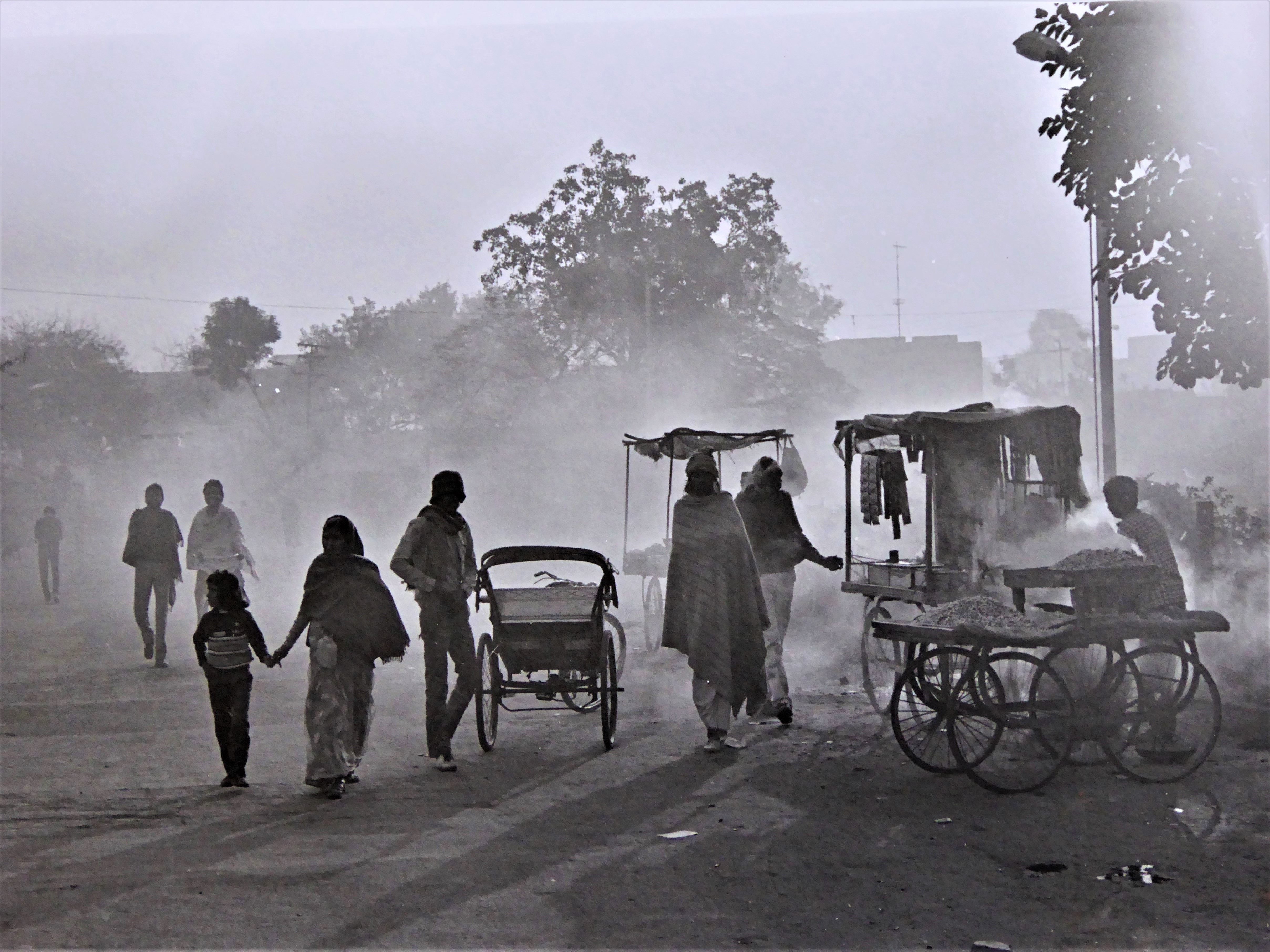 END_OF_DOCUMENT_TOKEN_TO_BE_REPLACED

The anecdotes Than related to me over the following week, snippets of information shared over the breakfast table, were often related with guffaws of laughter, as if he was telling me his favourite jokes.

Possibly it was a precaution. The walls might have long ears. The state was never far away. But possibly it was also a form of emotional defence. He had triumphed over formidable odds. He was a survivor – and there was a price to be paid for that.

‘When I was a boy, the French were in charge. I worked with my father, he sold and repaired bicycles and scooters. The scooters were Italian, but some Japanese motor bikes were appearing.’

Than had happy memories of his childhood.

‘Sure, we knew there was trouble. Out in the countryside, where the villagers lived, it was dangerous especially at nights. But we never went out there. We lived in Saigon. Why would we go to the countryside? To look at stupid rice paddies!’

END_OF_DOCUMENT_TOKEN_TO_BE_REPLACED

He was heading my way.

South, to Brisbane. The airport.

He was driving an old Toyota.

I put my rucksack in the back next to some open cardboard boxes filled with clothes.

At a glimpse: trousers, shorts and T shirts. Some other stuff I couldn’t identify.

Try and find an Australian male these days who isn’t named Shane.

What’s with all the clothes?

That was a story.

He was trying to interest big companies in clothing.

´A lot of companies fit their employees out with company uniforms. Or trousers and T shirts bearing the company’s name and logo´.

He’d been up on the Sunshine Coast talking to people. People with money, people who pulled strings.

Strange line to be in, I commented. Why should a company be interested in your clothing?

‘Because they’re cheap and good quality. Made in ‘Nam. ‘

There was silence as he pulled up a major intersection.

Sure, I knew the term ‘Nam.

Thing was though, the last time I’d heard someone talking about ‘Nam’, it was an Australian Vietnam veteran I’d met on the border of Laos and North Vietnam in 2004.

During the war, he had been a forward scout in a unit of jungle commandos. In the late 1960’s, Vietnam had been covered in dense, steaming jungles. His unit was flown out there in a helicopter and dropped into the jungle. They stayed out there for two, three weeks at a time. Search and destroy it was called. Looking for the enemy. Kill or be killed. Most natural war in the world he told me.

‘People talk about ´nature´ as if it’s something nice…´mother nature´ and all that. Let me tell ya’ about nature mate. It the law of the fuckin’ jungle. You see them first and kill ‘em or they see you first and kill you.’

Shane was in his 30’s. Far too young to have been in the Vietnam War.

Yet after talking to him for a while, I began to think that his use of the term ‘Nam was appropriate.

The law of the jungle I learned, still applied to Vietnam.

‘Most companies still get their clothes made in China. But the Vietnamese stuff is better…´

´Better?’ I said in a sceptical tone.

You bet. Nam’s where it’s happening these days mate. It’s undercutting China and I’m not just talking about clothing. All the big corporations are heading for ‘Nam now. Sony, Samsung, Microsoft, Nike, Apple, you name it – Chinese firms are investing there too.’

‘So how did you roll into this Vietnam clothing line?’

‘Huh? Playing golf? (You met some interesting people hitch hiking that’s for sure).

‘Been teaching golf for the last 5 years in ‘Nam. Went over there with a mate. He and I were kind of in the same boat. We were both good golf players. We met each other at a training course. We were both good golf players but we weren’t good enough to play competition and make a living. So he came up with this idea of heading to Nam, which he had read somewhere was an up and coming golf destination.

He was dead right!

Golf was really taking off in ‘Nam. There were great courses being built, world class,  some of them designed by Greg Norman. There’s a big market for people who want to play golf in foreign places.’

‘Sometimes, yeah. Over the last few years though, it’s increasingly been locals, the Vietnamese and sometimes, Chinese. ‘

He seemed to have no trouble driving and talking at the same time.

´Traffic´s nothing compared to Hanoi!.´

‘Hang on …what’s golf got to do with clothing?’ I asked.

I suspect he thought this was a dumb question. Probably was. Then again, what did I know about golf?

‘The golf scene’s all about appearance! Clothing, belts, socks, shoes, caps, that kind of stuff.  It’s important how you look, the image you present. It’s kind of sick, but that’s how it is.’

‘Then …how come you’re here in Australia trying to sell corporate clothing?’

‘I’m on holiday for a few weeks. Sooner or later I want to come back to Australia. But I’ve got to find some way of generating an income….getting work teaching golf in this country is almost impossible… ‘

Moving on, we began talking about how Shane and his mate had got involved in the clothing scene:

‘We rolled into this line of things because some of the people we were teaching owned factories manufacturing clothing. These guys were big time and I mean, big time. You wouldn’t believe how wealthy some people in Vietnam are. We’re talking about  billionaires not millionaires. They were exporting to America and Europe. So whilst we were teaching, we came up with the idea of setting up an on-line shop, selling fashionable golf clothing.´

Yeah, I mean, its small time at the moment….’

Strange where a conversation can take you. Like a meandering stream. Especially with him navigating the traffic and talking at the same time. And he was glad of the chance to talk too. We got on the subject of the big factories where the golf apparel was manufactured. I think he wanted to get this off his chest.

‘One day one of our clients, a big guy, worth billions, invited us out to take a look at one of his factories. We went out there, really naïve, expecting to …I don’t know what we were expecting to see…it was fucking horrendous mate!. Thousands of these young women sitting behind machines, rows and rows of them, like battery chickens, that’s what it reminded me of…it made me sick.’

‘Yet you’re still selling the clothing.’

‘It’s fucked, I know that….but I got to thinking: how could we have helped those women in the factory by not selling clothing? Our orders were nothing in comparison with the big boys. A drop in the ocean. These guys were filling orders for tens of thousands of garments at any one time. They were doing us a favour just to give us the time of day. ‘

Maybe these massive industrial sweat shops were a part of a general historic movement towards higher living standards. After all, the western nations had only reached their present high living standards after almost two centuries. In the process there had been an incredible amount of suffering, not to mention a Great Depression and two devastating wars. The developing nations were trying to fast forward this historic process – to compress centuries into decades.

The people working in the Vietnamese sweatshops may have a hard life – that is, compared to people in a western nation – but measured against their own past, they were much better off.

Their past: feudalism, colonialism, war, decades of Stalinist dictatorship and equality in poverty…

There was one problem with this notion of ‘progress’.

It emerged later in our trip, as we neared the outskirts of Brisbane when I asked Shane a straight forward kind of question.

With the Australian veteran in mind, I said:

‘How the world’s changed. Once the Vietnamese communists waged war against capitalist America, now they’re running a country with luxury golf courses….’

‘The communist party!’ He laughed.

‘What a fucking joke!’

‘Plenty of our clients are members of the party. You can’t do anything in Vietnam without paying off the party. Every time I see these old men in their green uniforms on the TV I have to laugh. These bastards are like a bunch of rats let loose in a cheese factory! ‘

‘They call it ‘taxation’ mate….you get to hear a lot teaching golf. Plenty of stories I could tell you ….fact is, communism’s the best deal around for the Cayman Island mob. The communist dictatorship’s been in the saddle for decades and it can’t be toppled. They run this propaganda industry about the glorious liberation war, being freed from the yanks and all that….absolute bullshit!’

‘It’s no worse than the other Asian nations.’ I observed.

I had my rucksack in mind. It had cost an arm and a leg, as the saying goes. It was made in Thailand: another corrupt tin-pot dictatorship with a sweatshop economy. It was a fair bet that from the money I paid – around 800 dollars Australian – precious little had trickled down to the workers on the line.

When I got out he gave me a T shirt. It was nice. A proper T shirt with a collar.

Every time I wear it, I think of ‘Nam.

And try to forget the law of the jungle.