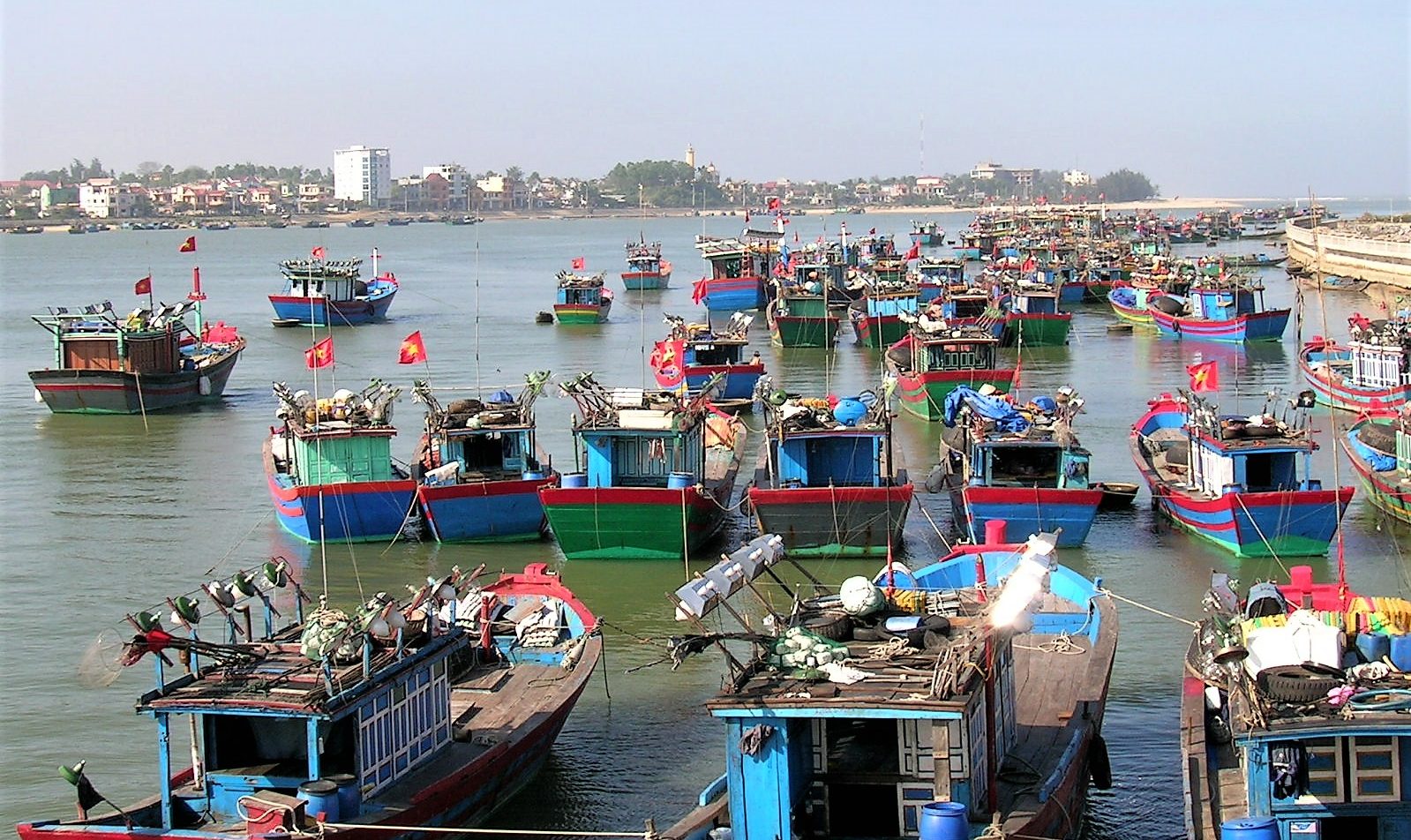 The town of Logitech lay in the south of Slovenia.

There wasn’t much there.

It was the kind of place a traveller might stop for a night before continuing the following day to neighbouring Croatia – which is why I stopped there.

There were no tourist attractions in Logitech, no historic centre, no outdoor activities in the nearby hills and mountains.

This was a town where only Slovenians lived.

It was genuinely and completely Slovenian.

I arrived by bus in the afternoon. I had no trouble finding a hotel. I checked in, dumped my rucksack in my room and then went to the railway station to get information about the train to the city of Rijeka in Croatia. The train didn’t leave until the 4 pm the following afternoon.

I had time on my hands. I was at a bit of loose end. I didn’t have a decent book to read and in any case, I didn’t want to sit around in my room. So I did several long walks around Logitech and its outlying suburbs. I went on a sight-seeing tour in a place where few others would have bothered. There was nothing to see, although that depended on what one considered ‘worth seeing’. Sometimes, seeing how other people live can be the most interesting thing in the world – as well as thought- provoking.

Tourist; sight-seer: I walked from one end of town to the other, crossed busy roads, meandered down every street, every suburb; looked in at shops, cafes, pubs, supermarkets; watched people working in their backyards, talking to their neighbours, kicking around a football – everyday stuff, mundane.

I went in search of the city centre, hoping to find old historic buildings. But there was no real centre and certainly no historic buildings – besides a large church. Just as I arrived at the church, I saw a huge crowd walking out of its grandiose portal. The bells were ringing. It was Tuesday.

On a wide area outside the church, people gathered in groups and chatted. A small crowd stood around a notice board reading community announcements. In Slovenia, like the other former East Bloc nations, the church plays a central role in the life of the community, something which has long disappeared in Western Europe, thanks to rapid advances in education, living standards, and media communications (these changes unfolded especially during the late 1960’s/1970’s). In the Eastern European nations however, a rapid advance in living standards took place after the fall of communism in 1990; they embraced democracy and the consumer society and yet religion in these nations did not decline and in fact, became stronger than ever. Travelling around Eastern Europe, a familiar sight for me was seeing new churches being constructed – a far cry from where I lived in Rotterdam where, of the five churches which had once been packed every Sunday, three had been demolished and the other two were attended by immigrants from the former Dutch colonies of Suriname and The Antilles.

Logitech was a comfortable, affluent city, one with no signs of poverty or degradation; its streets were clean, there was no litter or vandalism; there was nothing suggesting neglect or decay or alienation. There was a large, prosperous middle class. I walked along streets with large well-renovated homes, well-tended gardens, and luxury cars in the driveways.

During my walks around Logitech, I began comparing its lower- end area with the lower- end area of Rotterdam where I lived. There were no similarities. I lived on the third story of an apartment block, one of many identical such blocks built after the Second World War, when there was a housing shortage. Until the 1970’s, those apartment blocks were occupied by working class Dutch. Then mass migration from non-western countries began. The ethnic Dutch moved out. What was once a tight-knit community – the inhabitants went to the same shops, churches, sports clubs and community centres – disintegrated. The area became increasingly multi-cultural. Today, approximately 90% of the people living in South Rotterdam are immigrants or people who ‘belong to an immigrant culture’ (or, ‘allochthones’ as is often said). There are over 100 different nationalities living in South Rotterdam. The biggest groups are the Moroccans and Turks and people of African/Indian descent hailing from the former Dutch colonies of Suriname and the Antilles. Other significantly large groups include: Somali’s, Angolans, Nigerians, Pakistanis, Afghanis and Syrians; and from Eastern Europe: Poles, Romanians and Bulgarians. You can walk down the main shopping street nearby, or in the local park, and hear at least a dozen different languages being spoken. Languages from the farthest reaches of the world. Languages spoken by people legally here and others, illegally.

Put simply: you couldn’t think of a greater contrast between a town like Logitech and South Rotterdam. In Logitech, you could walk around and not see a single person belonging to another culture. Everyone was white, spoke the same language, shared the same religion and the same culture. The situation was the same not only in the other towns and cities of Slovenia – but also, for every one of the nations belonging to the former communist East Bloc. These nations were monocultures. They were, seen from the perspective of our western multicultural nations, an anomaly, almost unimaginable: they were modern, technologically advanced, secular, democratic, and rated well with respect to women’s rights.

Yet they did not subscribe to the ideology of multiculturalism – in fact, they quite specifically rejected it.

The most graphic demonstration of this came in 2015, when an unprecedented wave of refugees began arriving in Europe. For the first 6 months, most of the refugees came from Northern Africa; images of overcrowded boats appearing on the coasts of Greece and Italy dominated the global media. Then later in the year, these refugees were joined by others, including those who had fled the catastrophic civil war in Syria and were lodged in camps in Turkey and Lebanon. It was at this point, that German Chancellor Angela Merkel issued those fatal words: ‘refugees are welcome in Germany’(‘Wir Schaffen Das’). It was a striking decision from someone who had long been a conservative with respect to immigration and at one point, had loudly announced that German multiculturalism had been a failure.

Within 6 months of Merkel issuing her welcome, over a million refugees arrived in Germany. By late 2015, it was clear that a mass invasion was occurring and one with no end in sight – and that the long-term demographic implications for Germany and the other nations of Northern Europe were profound. Here then was the setting in which Merkel called for the nations of Eastern Europe to ‘carry their share of the burden.’ She used to the term ‘distribution’ and for a while at least, hoped that distribution would take the pressure off Germany and curb the precipitous decline in her popularity ratings. The call for distribution was soon taken up by various EU leaders and most notably, the man she had personally lobbied hard for the position of EU President, Junker. The idea behind distribution was for every nation in the EU to share the immigrant burden instead of it being borne by just a few, i.e. the nations of Northern Europe.

Distribution however had one problem: the nations of Eastern Europe stoutly refused to take any of the refugees. Their response, spearheaded by the so-called ‘Visegard Group’ consisting of Poland, Slovakia, the Czech Republic and Hungary – was blunt:

‘We are Christian nations and we are not ready to accept any Moslem refugees. Islam has no place in our societies. We do not want the problems of Western Europe such as terrorism. If Western Europe wishes to take in hordes of Muslim refugees that is its business – but in the long run it’s a huge mistake.’

Whilst Eastern Europeans were free to immigrate to the more prosperous nations of Western Europe, they were not prepared to accept immigrants themselves and especially Moslems. They had accepted enormous amounts of development aid from the EU running into hundreds of billions of Euros, yet at the same time, steadfastly demanded their right to remain monocultures: Christian monocultures. The free movement of people across borders in Europe, a central part of the EU charter, didn’t apparently apply to them.

Walking around Logitech, I wondered how long this anomalous situation could continue. I was confronting, in other words, one of the many vexatious questions hanging over Europe today. That, a nagging feeling of history repeating itself. In the past, the nations of Eastern and Western Europe had been divided by the so-called ‘Iron Curtain’; communism on one side and democracy on the other. The border between the two sides of Europe had been demarcated with towers, walls and guns. In 1990, communism collapsed, but in the place of the old border, a new one had emerged. The towers, walls and guns had vanished. Yet the new border was essentially no different to the old.

The new division between East and West was now based on religion and diversity.

The train to Rijeka, in Croatia, stopped at the border.

Croatian border guards appeared in the carriages and checked everyone’s passports. The train remained stationary for almost an hour. I had not experienced anything like this since the early 1990’s. Croatia and Slovenia were members of the E.U. National borders were supposed to be a thing of the past. There was supposed to be a free flow of people and goods between the member nations of the E.U.

Croatia, it appears, had other ideas.

During the Second World War, Croatia had supported the Nazis and enthusiastically joined in the murderous Nazi campaign against the Jews, not to mention the murder of an estimated half a million Serbians. You could look at the history of virtually every former Eastern Bloc nation and find the same ghosts.

Whilst a nation’s immigration policies were its own concern, I was nevertheless left with a few doubts.

Did these nations not experience any moral qualms? No guilt? Or did they rather conveniently hide from the past, seeing themselves purely as the victims of communism?

The way I saw it, it was important for people – and nations – to be able to reflect on their past and experience guilt and, a need for atonement.

The border guards left the train and it finally started moving.